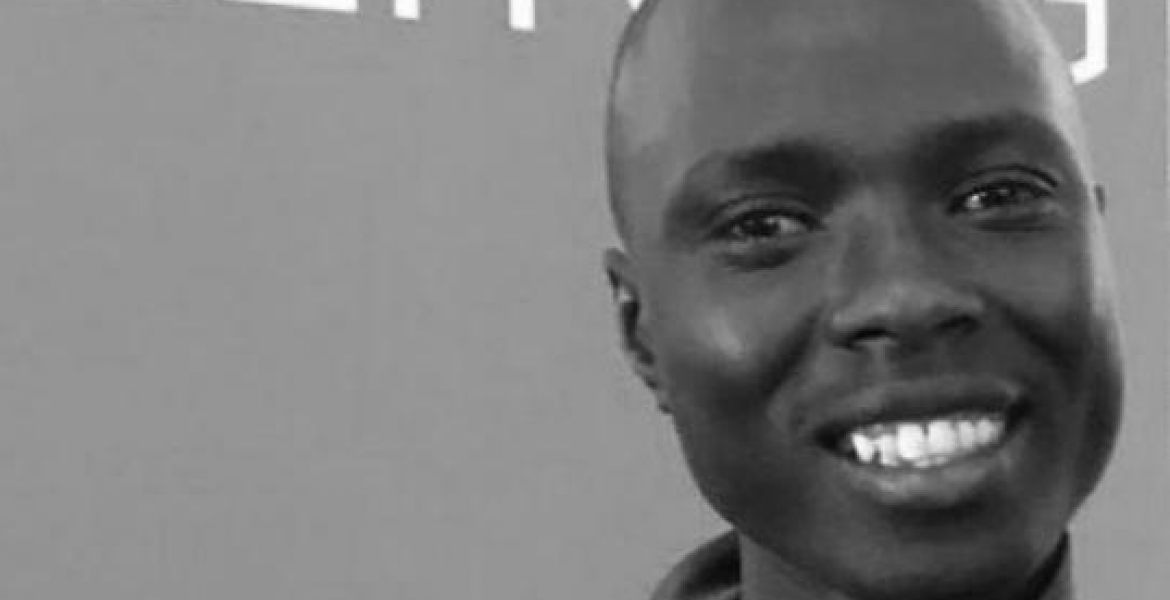 Cheruiyot died in Nairobi on Friday, four days after he unexpectedly dropped out of Graz Marathon in Austria, where he acted as the pacemaker of the race’s eventual winner, Mathew Kemboi.

While confirming his death, sports agency Volare Sports indicated that Cheruiyot abandoned his role at the 3-kilometer point after complaining of a headache.

"He had to drop out of the race at 3km point. He complained of headache and the medical aid services helped and examined him. Nothing serious was found and he was ready to travel home," the agency said in a statement on Sunday.

Kemboi went ahead to win the race in 2 hours 15 minutes, 12 seconds.

After returning to the country, Cheruiyot was admitted to a hospital in Nairobi, where he was treated for malaria without any improvement.

"On Wednesday, October 16, a CT scan was made of his head. Brain hemorrhage was seen and on Friday 18th October, he passed away," the agency said, adding that he was one of the most promising marathoners.

He emerged fifth in the 2018 edition of Nairobi Standard Chartered Marathon. Cheruiyot leaves a widow and two children.

So unfortunate.May your soul rest in peace.

This is malpractice in my view. If someone is complaining of a serious headache without prior diagnosis of migrainous headache he ought to have had a CT scan of his head immediately! His life could have been saved if proper diagnosis had been made! Worse part is after arriving to kenya wakaanza ujinga ya malaria syndrome!! May he RIP.

Very sad,l Truly feel like the man's life could have been saved , I'm not even a doctor but is not rocket science to know that if he was complaining of a headache and his a runner
that he neededa CT scan of his head to determine what was happening ,may God give his family and friends the strength to go through this difficult moments.R.I.P

Very sad,l Truly feel like the man's life could have been saved , I'm not even a doctor but is not rocket science to know that if he was complaining of a headache and his a runner
that he neededa CT scan of his head to determine what was happening ,may God give his family and friends the strength to go through this difficult moments.R.I.P

Ya, all illnesses lead to Malaria in Kenya. As we talk about investing in Kenya let us also talk about poor healthcare where severe headache is treated with Chloroquine.

99% of the population are misdiagnosed with either Malaria , typhoid of both!! Abuse of antibiotics and flagyl!

Most have been seen by a Clinical Officer...constitute the 'most' of Kenyan 'doctors'in the Public Hospitals in Kenya as well as the ones who offer outpatient services in Kenya. FACT.

Just because you encountered one bad clinical officer doesn't mean all of them are bad..and who told you Doctors don't misdiagnose? Who misdiagnosed Bob Collymore? Wewe wacha maneno yako!

Treated for malaria while he had time sensitive diagnosis of brain hemorrhage? 🤔. Wakenya tulikosea wapi jameni?.

Herb, Kenyan doctors are experts to detect and treat tropical diseases , they can just look at and you and get 7 out of 10 without instruments that you have malaria . Problem comes when you have this scarely diseases That present with the same symptoms; fever, vomiting and they have no idea what to do. Most of this young doctors graduated high school when exam papers where sold even in the market. If you meet them as the only “doctor” in charge, they will kill you

Kenyan *Clinical Officers* (chances are you'll be seen by one in any Kenyan hospital as Outpatient) as we speak now... nobody(not even the government) wants to invest in thoroughly trained labour in this country. FACT. Media personnel and people on 'sosho' media can't tell the difference a clinical officer and a doctor... they just call both 'doctors'

So true, in Kenya you have to consult 5 doctors if not more.

Reminds me when l cleared form 4, I had severe headache and painfully stiff neck. I was taken to the hospital and treated for Malaria. I got worse and after going back to the hospital, I was told it was not Malaria but typhoid. 3 days later I started losing vision on my right eye, and lost hearing on my right ear. My brother panicked, took me to Nairobi hospital, turns out I had encephalitis. Had it been caught on time, I would still have vision and hearing on the right.

Kenyans blaming everything on doctors. Some of you go to see clinical officers in stead of doctors but will still tarnish doctors name. Coz am sure the one you saw in Nairobi hospital was a doctor. The first one could be anybody in your village.. Who knows???

No, the first Dr. who said l had Malaria was called Dr. Ochieng...I not only remember his name but how he looked. This was at Kenyatta hospital.

Severe headache and neck stiffness!! And you want to convince me that a kenyan trained Doctor missed the differentials. You definitely didn't see a doctor. Not every one walking around in a white coat is a doctor. Those of us who are always have their names and title inscribed on a golden tag or the white coat. That way you will know who is attending to you.

@Kaumba, what is your point? Are you saying someone who went through such a traumatic experience like @Mucanganga would not tell the difference between a Doctor and clinical officer or even remember events leading to the awful experience? Are you the lawyer of those shoddy MDs or are you their teacher? In any case what do you stand to gain by not acknowledging tragic mistakes have been made because of gross negligence on the part of the lazy doctors who are not willing to up their game? Kenya needs to change the way it recruits the doctors. Simply getting A's on all the subjects does not make you a good doctor. Having an ounce of humanity, willingness to improve, consult and ask questions goes a long way in saving lives and avoiding tragic events.

Simply ridiculous and sign of incompetence; a marathoner drops out of race and you treat him of Malaria without checking a head scan!!!!!!

Oh God. How rotten our healthcare system is.

Like I always say, it's hard to be a rich person in a poor country. Weee utafanya deals zako kando kando, chini chini, upate pesa kimagendo. Au mwingine atoke jasho achape kazi kihalali, apate pesa. Lakini if we don't change how we go about our lifestyle, electing proper leaders, eliminating corruption, asking questions and taking nothing short of the right answers, then you'll get knocked out by something simple.

Irrespective of being a Doctor or Clinical officer, diagnostic tests are key for any treatment. Malaria is an easy test for our country now, so why should days and days pass with a severe headache that is not suspect of something not working in the head..just doing the CT scan..This really hurts so bad, they are what I call avoidable deaths really....God save us!!

@Cindy & Kaumba….it does not give me pleasure to shame our health system, but it is, what it is! The system is rotten to an extend even the rich seek advise elsewhere. Not to forget one recently deceased, Bob Collymore was told he lacked vitamin D or something, kumbe he was in the throes of cancer! I bet you two that if you presented with your verbal complains about these moaning Kenyans on Mwakilishi..they would diagnose you as having verbal malaria or typhoid. Madaktari bandia.

This is negligence at its highest. Send a marathoner on a flight home after complaining of headache during the race, drops out of the race, and not even attempt to hospitalize and do tests.. Austria marathon and sports agency.... really