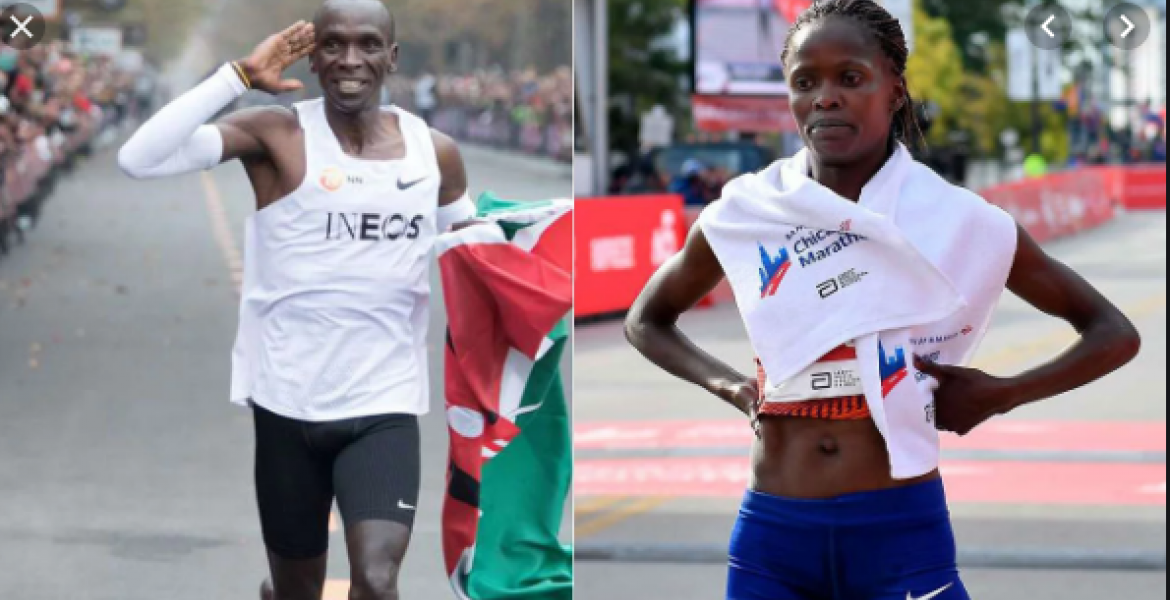 Taking to Twitter on Monday, Obama described the two as “remarkable examples of humanity’s ability to endure and keep raising the bar”

On Saturday, Kipchoge made history as the first man to complete a marathon race in less than two hours.

The Olympic champion and men’s marathon record holder finished the 42-kilometer race in one hour, 59 minutes 40 seconds in Vienna, Austria.

Radcliffe set the record in 2003 at the London Marathon after recording a time of 2 hours 15 minutes 25 seconds.

"When I saw how fast Brigid was running in the first half, I knew it was going to be broken," Radcliffe said while congratulating Kosgei for breaking her record.

Great achievement by Kenyans for Kenya. It is not easy; those who run know that. It is a matter of setting a goal and attempting to reach it. Congratulations to my people.