US Embassy in Nairobi to Lease a Sh5.5 Billion Gated Estate for its Employees 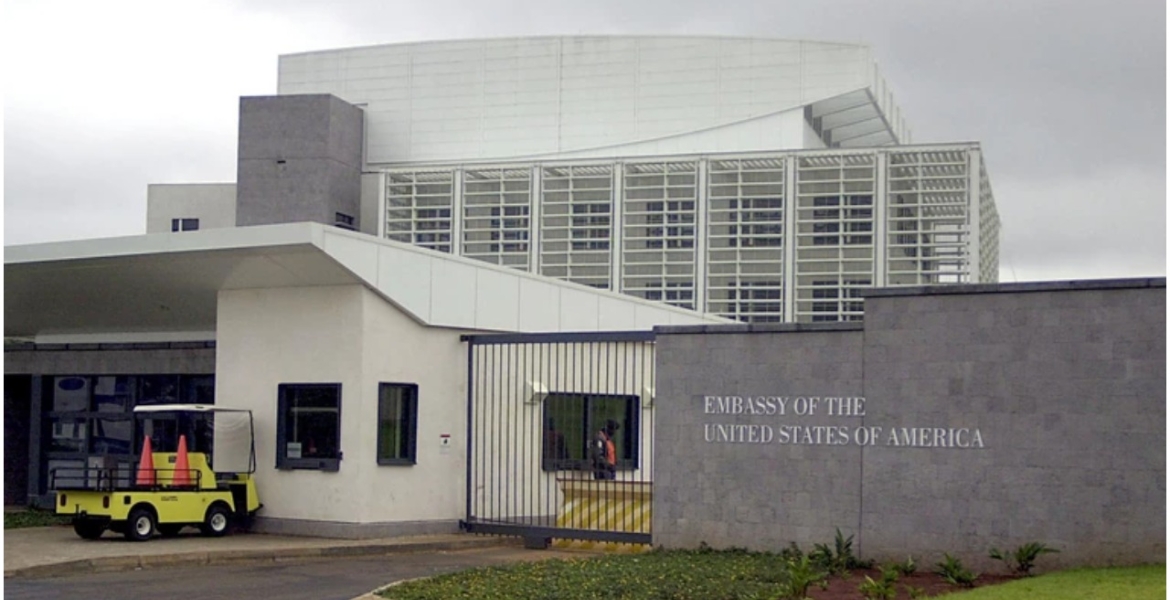 The US Embassy in Nairobi has signed an eight-year deal to lease a gated estate for its workers in the Kenyan capital.

Business Daily reports that the estate is being developed by Gateway Real Estate Africa Ltd (GREA) at a cost of Sh5.5 billion and is set to be completed by the third quarter of this year.

Details of the leasing agreement were revealed by Mauritius-based Grit Real Estate Income Group in a prospectus issued ahead of its acquisition of a majority stake in GREA.

“The development will consist of a combination of apartments and townhouses, and a clubhouse with gym, swimming pool and other amenities…(It will be) 100 percent leased to the United States of America for a term of eight years.”

The US Embassy will pay $4.724 million (Sh534 million) in rent in the first year, translating to at least Sh4.27 billion over the eight-year life of the lease.

The US Embassy will be the first foreign mission in the country to lease a gated estate for its members of staff.

I bet you know who pays the entire bills… Kenyans seeking visas, pay hefty amount to be interviews then denied and no refunds . Daytime robbery

Same with nurses.. each pay thousands of dollars to have an interview to come clean whites asses .

Highly doubtful. They just charge for everything, difference being you don't have to pay some petty functionary to get things done(I've dealt with the immigration Dept at Nyayo house). I think it's easy to forget the size of the US budget. The state department has a budget that is about half Kenya's GDP. $5 million is really chump change to them.

Outcast you sound so bitter bro

Corruption corruption corruption??i won’t leave there coz it can easily b a target by this stupid brainwashed magaindis knowing they always target pahali Watu wa usa huishi but the owner of the estate must b smiling all the way to equity

This is modern day occupation by colonizers. Kenya has no power to say no.
However, we also know what time it is. Time for revelation and restoration.
All we need is patience for change of season to take effect and all will be well.
Water season is on the horizon to put out the fire!!