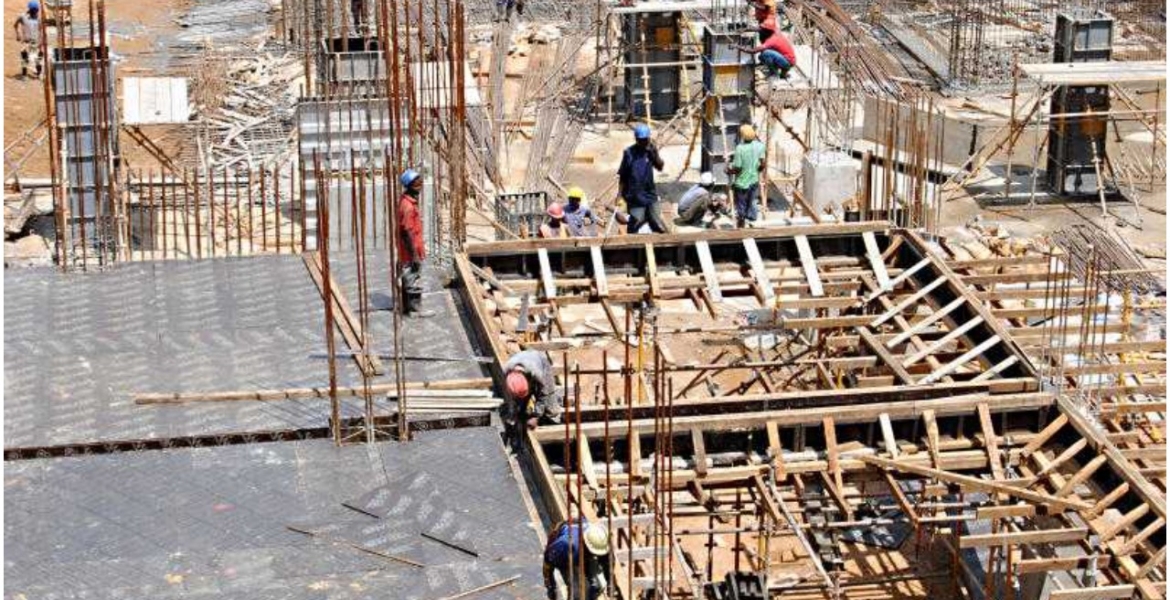 The national government has commenced the construction of about 15,000 affordable houses in Mukuru slums in Nairobi.

The houses are being put up on a 55-acre parcel of land that was recovered from grabbers along Enterprise Road in Industrial Area. The Sh5 billion property belonging to Kenya Meteorological Department was recovered by the Ethics and Anti-Corruption Commission (EACC) in 2020.

He indicated that the first five blocks are currently under construction, with the government working on the internal infrastructure including a sewer line, drainage, and roads within the site. A fire station, shopping centre, and kindergarten will also be part of the project.

“The project will provide direct and indirect employment to more than 100,000 youth as well as support suppliers of numerous locally sourced inputs,” said Hinga.

The project is part of President Kenyatta’s affordable housing program under the Big Four Agenda.

In 2017, the Nairobi county government declared Mukuru slums, which hosts almost half a million people, a Special Planning Area (SPA). The declaration, which was extended for a further two years by the Nairobi Metropolitan Services (NMS), put a stop to any further developments in the area to allow for the undertaking of slum-upgrading initiatives.

Liberal and Mathare slums are arguably older and higher priority areas ahead of Mukuru.

Gova should support private sector to do this job but lakini Wakenya wamekuwa wezi sana. Inflation of prices would leave gova totally broke. We have heard of pens going for thousands of shillings. How about a bag of cement?A million?

Generally speaking, Various forms of smart Govt- Private Sector partnerships would leverage the govt ability to get more houses built and increase investment from the private sector. Possibly at good prices for the mwananchi. Of course the big enemy is corruption and we should continue to fight it.

I really hope the deserving people will for sure get this houses and not the rich and elite.

Why can't these IDIOTS🤪🤪🤪🤪🤪 1st finish the Stalled promisory Projects sprawled All over the Country? Becsuse they're IDIOTS.

Great move. Hopefully it doesn't turn out to be a gentrification in disguise. Let them be affordable to the local residents.

Good Job mr President but we could have hanged the person who had grabbed stollen the public land ndio iwe funzo kwa wengine.

Why not? If you buy a house from a builder, there will be a ripple effect as the builder will then employ contractors and tradespeople who will then inject more money into the economy as they spend their earnings on various consumer goods and employ even more people. In addition to the initial purchase, you will help employ salespeople since you will need appliances and furniture for your new house. Most of that money will be spent in Kenya which is a good tging. I'm simplifying a lot but if you visit any new housing development, you will see concrete, wood, masonry, roofing materials, electrical materials etc being delivered. The indirectly employed are those employed to provide these materials including the drivers. As an aside, the US government is heavily involved in the housing market by backing Freddie Mac and Fannie Mae.

I commend the efforts of modernizing residential places like the slums.Good start,but Wow, Mukuru slums hosts about 500,000 residents.With this kind of dismal progress,Mukuru will still be a slum for afew years.
Why cannot the government build,or buy trailers/mobile homes? They are not expensive or hard to construct.They are sightly,for sure.Much better than the slum dwellings.My two cents.