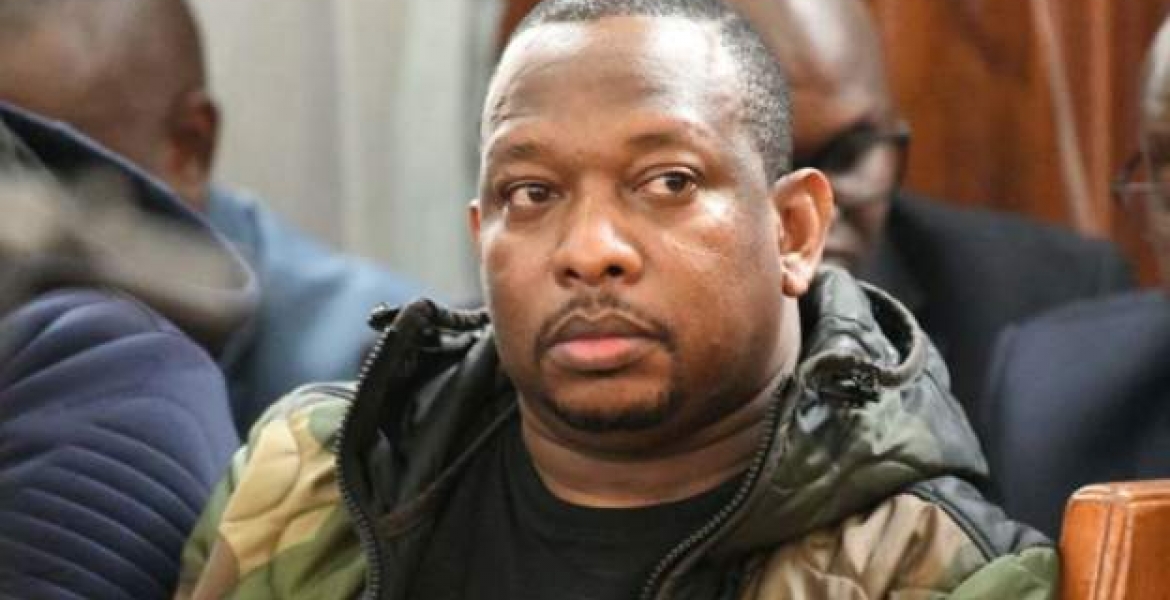 Embattled Nairobi Governor Mike Sonko could find himself in fresh trouble after Ethics and Anti-Corruption Commission (EACC) opened a probe into how he acquired a prime piece of land in Nairobi.

Sonko is said to have purchased the property located in Upper Hill for Sh498.5 million through a deal with Kenya Railways Pension Scheme, according to The Star.

The agreement for the sale of the parcel located along Matumbato Road, behind the five-star Radisson Blu Hotel, was signed on April 30th, 2019.

EACC is looking into claims that the property was undervalued, the process in which the land was transferred and the source of the Sh144.6 million Sonko paid for the land in just one week.

It was also established that the contracts of the trustees expired three months after the sale of the property.

EACC CEO Twalib Mbarak wrote to the scheme’s interim CEO Victoria Mulwa seeking to be supplied with eight documents related to the sale of the land. EACC is set to question Mulwa on the sale on Wednesday, May 6th.

“We hereby also invite your Ag. CEO for an interview and statement recording on the same date 6th May, 2020,” Mbarak wrote.

Sonko was required to pay Sh298 million for the first property and he deposited Sh26.6 million before the contract was signed and a further Sh60 million within seven days after signing of the deal.

For the second property, whose price is Sh200.5 million, Sonko made an advance payment of Sh18 million, and a further Sh40 million in seven days after the sale contract was signed.

The balance of Sh353.9 million was to be paid in installments after which Sonko would get full ownership documents.

EACC also established that the land belongs to the pension scheme and has stopped the sale until investigations are concluded.

“This is to ask you to halt the intended sale as the matter is under investigation,” Mbarak said in a letter dated April 29th.

Last December, Sonko was arrested and charged over alleged misappropriation of Sh357 million from county coffers. He was released on a Sh15 million cash bail and barred from accessing his office until the case is heard and determined.

Sonko, you set yourself up. Now you will face the wrath. You should have consented to the agreement you made regarding Nairobi administration. Jail, I think is on the way.

'They' have found out that you are an embarrassment to the 'elite' class that y'all loot coffers to belong to.
So, this is how you get kicked out from belonging......you do not qualify. When you get there, especially thro' 'that' way, you shut up .... but then, you cannot hide from God.

Why is KRA not pursuing him? All incomes are supposed to be declared and taxed. How did he make that much money?

as much as I don't like Sonko this is bullshit. just coz he won't give away powers as the duly elected governor and the emperor of corruption wants to put his own people in. total BS