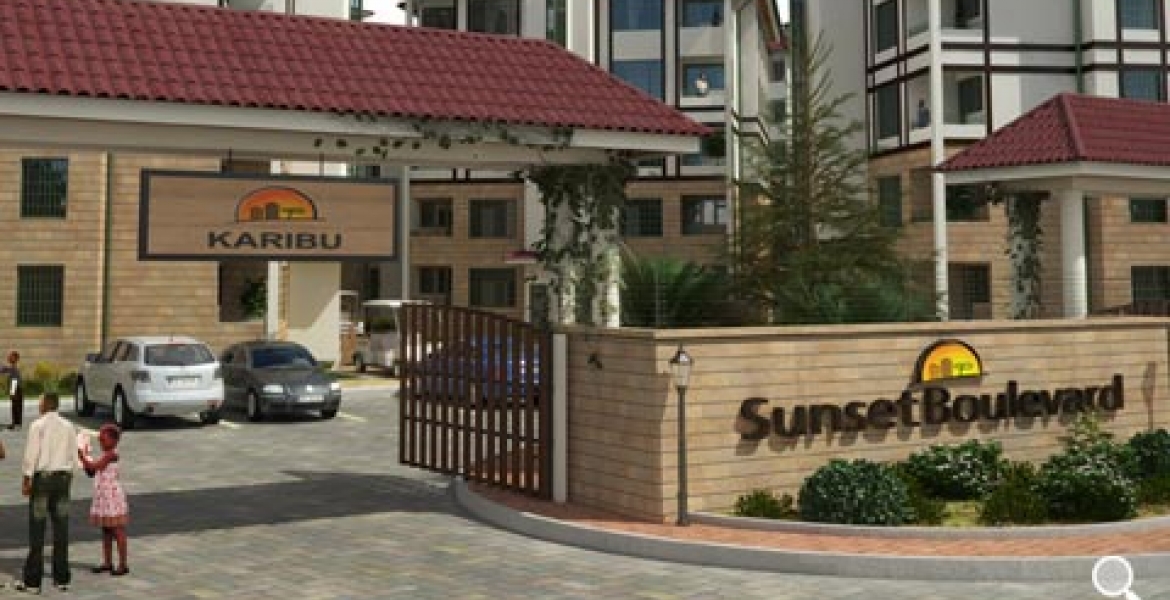 More than 200 homeowners at the posh Sunset Boulevard estate in Athi River are at risk of losing their houses after a local bank announced a plan to auction the property over loan dispute with the developer.

I&M Bank has reportedly ordered auctioneers to put up for sale 204 houses worth Sh2 billion in a bid to recover a loan advanced to the developer, according to Business Daily.

If auctioned, home buyers will lose their investment over a loan they are not a party to. The developer still holds the title of the entire estate, Business Daily reports.

“Some of the buyers acquired middle-class units in 2017. Sunset Boulevard Limited, which built and sold the houses, is said to have failed to repay the undisclosed debt with I&M Bank, prompting the auction that has thrown residents into panic,” Business Daily says.

The lender has contracted Leakey’s Auctioneers to help it recover its money by selling the multi-billion-shilling property. The auctioneering company has since issued a notice on its intention to sell the houses.

“Duly instructed by our principals, your under mentioned properties, together with all the improvements erected thereon (two hundred and four units erected on LR NO12867/509-Sunset Boulevard Estate), will be sold by public auction on Wednesday 31st July 2019,” the notice reads in part.

The estate is built on a 20.2-acre parcel of land and features a mix of one, two and three-bedroom apartments on 23 blocks.

Registrar of Companies’ records shows that Sunset Boulevard Limited is 50 percent owned by Jonathan Feldman, with Samuel Mirie Gachathi taking the other 50% ownership.

The developer built a total of 390 units, but 186 of them are excluded from the auction notice. The houses were each sold at between Sh8 million and Sh12 million.

The personal properties of these two criminals Feldman and Gachathi who are now missing in action should be auctioned off including their underwear. They should be thrown to jail naked for failing to pay their creditors the monies these poor homeowners paid. We have a parliament and judiciary that does not protect its citizens from such criminals. Now I hope this is an eye opener for someone like @MkenyaHalisi who tells others to invest in Kenya. This kind of exploitation and/or animal behaviour does not happen in some countries. Kenya should enact laws and most importantly enforce the same to stop this kind of evil from happening to anyone else.

@mugikuyu i have never told pple to buy houses or apartments.I always insist on buying yr land n build yr hse so please forward me any comments nishawahi encourage pple to buy appartments.I tell pple to build their own houses or appartments not to buy houses n appartments ready made thou if u do yr due deligence u can buy in a clean estate juu kuna many clean realestate selling houses or units clean!Buy plot n build is what i see a better option juu ukiwa especially majuu hakuna rush ya kunjenga nasio lazima umalize hapo hapo.If u planning to build yr hse let me know i will oversee it for free aslong as u fuel my toyota hilux doublecub.U don't have to send me any materials money will connect you with the places u buy,will help u to find a good contractor so u deal with him.My job will b visiting yr site weekly forwarding the photos n checking/comparing with the plan that it's done correctly.

Stop back peddling ! I have been here long enough to know that you have been yelling here invest nyumbani blah! I for one would never TRUST you with my 2 cts and that is my 2cts ..........:-)

Where is @MkenyaHalisi when we need him to play "striker" when the ball is kicked in Kenya and not in Majuu juu?

Can MkenyaHalisi advice those in Majuu on they can fight this kind of vice. Very expensive to leave Majuu to go to Kenya to fight a corrupt system. Over to you Mkenya.

@ManenoMingi, Mkenya halisi will advice you where to buy grade cows you can milk 8 times per day in Limuru. Tuploti huwa amechanganyikiwa sana.

Government should intercede here and these innocent home owners should not lose their homes. INJUNCTION: the home owners should proceed to the court and ask for an injunction to stop the auctioning of their homes in total disregard of their rights and investments. ESCROW Account: an escrow account ( a neutral third party) should be opened where those home owners still making installment payments should forward their monthly payments as the developer and the bank continue to fight it out. The home owners who have made their payments in full, the government must make sure they get their title deeds forthwith. BANK: the bank knew or should have known that those many homes were to be sold to the public and ought to have made some financial arrangements such that the home owners payments would have been going towards the construction loan and not in the pocket of the developer. If the bank made a stupid agreement with the developer, too bad. The bank should go after the developer and not the innocent home buyers. GOVERNMENT: our government needs to make sure that regulations are in place to protect Wananchi where development projects and subdivisions are involved. Bad business dealings between lenders and developers shouldn't be allowed to spill over and adversely affect innocent consumers. In this case, the question is, if these homes can be sold without any regards to the home owners, then, exactly what did they buy?. The Sunset home owners should stand up for themselves and firmly oppose this illegal auctioning of their homes. If the government refuse to help them, home owners should burn down the entire estate rather than let these big fish corrupt thieves and goons take away the family home. All Kenyans should stand with these home owners and help them retain the home they have worked so hard to purchase.

Where is @MkenyaHalisi when we need him to play "striker" when the ball is kicked in Kenya and not in Majuu juu?