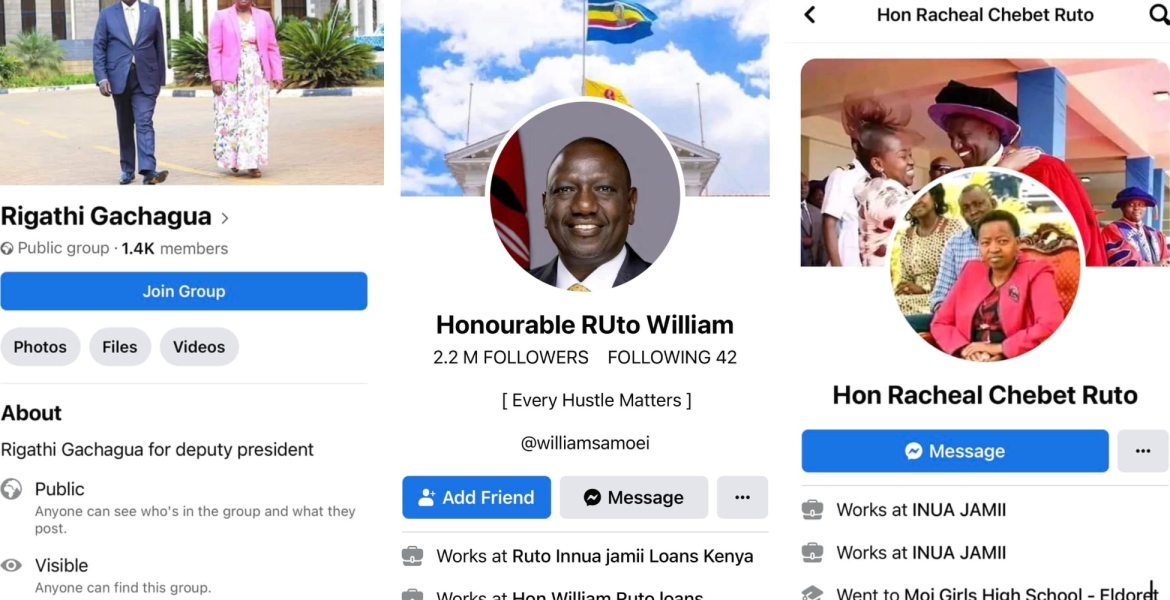 Michael Wekesa (19), Dennis Kamaru (25) and Isaac Oduor (19) are said to have opened multiple Facebook, Twitter, and Instagram accounts and used them to receive hundreds of thousands of shillings from unsuspecting Kenyans, who were duped into believing that the account owners would help them find jobs, financial assistance, and other favors.

Wekesa, who was arrested in Sirisia, Bungoma County, allegedly created a Facebook account pretending to work at First Lady Rachel Ruto’s office and obtained thousands from desperate Kenyans, who came to him for help while posing as a loan officer to influence the issuance of quick loans.

The suspect demanded a small deposit as “facilitation fees” to speed up the process after promising interest-free loans from the esteemed First Lady’s Office, DCI said.

“Unsuspecting Kenyan’s not aware of the existence such scammers sent money to a provided Mpesa account which was then transferred to a till number under the suspect’s name,” DCI said.

“It is only after their calls went unanswered afterwards, that reality dawned on them that they had become the latest victims of fraud from tech savvy teenagers taking advantage of gullible Kenyans online.”

On his part, Oduor ran a “call center” that received calls from potential beneficiaries before forwarding them to the “loans officer” for action. The suspect had three mobile phones taken from him that were used in the transactions.

Kimaru, a Kirinyaga University alumnus with a bachelor’s degree in commerce, reportedly runs the Mzalendo Kimaru (jeshii), Mzalendo Kym Korir, and Obuntu Family Facebook pages. He also created a social media account in the name of Col. Fabian Lengusuranga, aide-de-camp to President Ruto, and also has accounts with similar names on Twitter and Instagram.

“Detectives are pursuing other suspects who have opened accounts in the names of prominent Kenyans and senior government officials, and are using the accounts to obtain money from unsuspecting members of the public,” DCI added.

DCI urged Kenyans to be cautious of such social media accounts and refrain from sending money to anyone in an effort to influence favors.

“The Office of the First Lady operates a verified Facebook account and members of the public are cautioned against being misled by information published from other unverified pseudo accounts,” DCI said.

Hongera to the three guys for targeting the right fools.But their cases will be thrown away as no magistrate/court can believe these dump victims were bribing Ruto insiders and Karambu’s to get jobs or any business.

A fool and their money...

When you con unsuspecting people,by presenting asimingly legitimate offer,and have them cough their hard earned cash in this high inflation drenched economy, you better run out of the country...Banning extra judicial wing of police just gives the underground counterpart extra work.