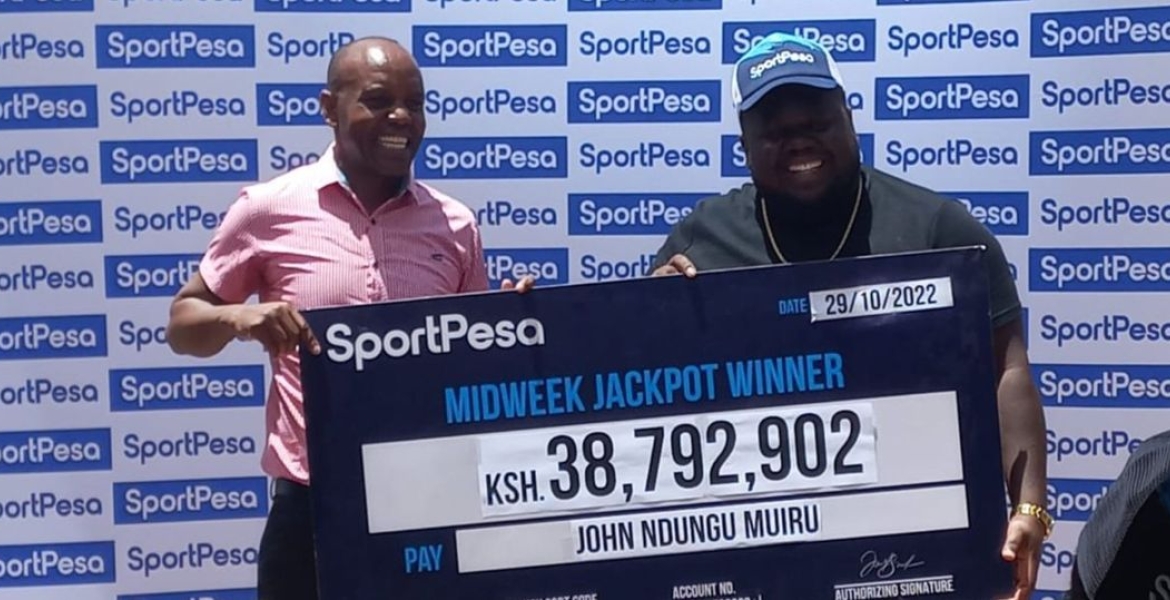 John Ndung’u Muiru, a Nairobi-based banker, is arguably the luckiest man in town after claiming a multi-million-shilling jackpot and landing a top county government job on the same weekend.

Ndung’u, a father of two, was on Friday announced as the winner of the Sh38,792,902 SportPesa Midweek Jackpot after correctly predicting the outcome of all 13 football matches. On the same day, he was confirmed as the Nyandarua County Executive Committee (CEC) member for Physical Planning and Urbanization following his vetting.

"I'm surprised by the win because you need a little bit of luck to win a Jackpot. But the county job is all about hard work and having the best resume. So I was not surprised that I was appointed," Ndung’u told Nation Sport.

He added: "I thank Nyandarua Governor Moses Ndirangu Badilisha for handing me this opportunity in the public service. I am also grateful to SportPesa for putting a smile on my face and that of my family."

Some of the matches Ndung’u correctly predicted included Arsenal's loss to Dutch side PSV Eindhoven in the Europa League and Real Madrid's defeat away to RB Leipzig in the UEFA Champions League.

"I plan to invest most of these proceeds in real estate. I am a believer in charity and will look to help out pay school fees for needy students," he said.

“It is all God because I have not been in employment since my retrenchment when Covid struck. Life has been hard since then but today I am really really happy. In the last two week, good things have been happening in my life and it is like a dream.”

Lady luck is surely smiling down on him.
Be careful, slay queens are waiting .
You will be the most handsome fella in the world and the most masculine.
Good luck and be safe.

Out of the multi million that you miraculously got,there's God's share just 10% only for more life abundance kindly take back to God that which belongs to Him.

@Wiclife Omondi, tithe was food not money. Tithe was never given outside Israel. The gentiles were not commanded to give tithe. "Each of you should give what you have decided in your heart to give, not reluctantly or under compulsion"