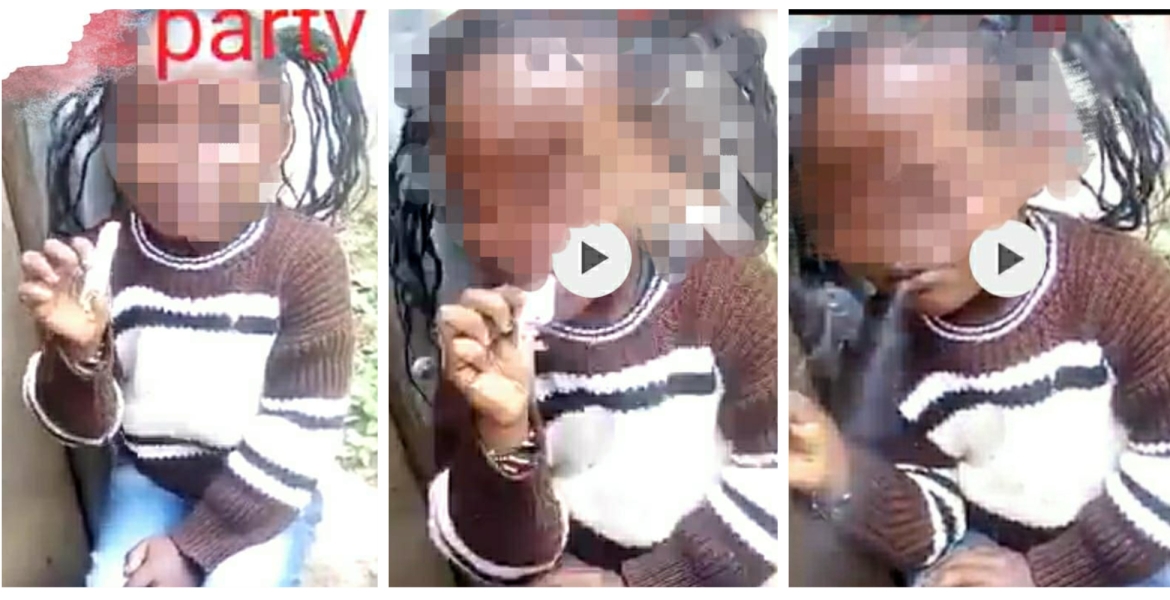 Police have launched an investigation into an incident where a child was videotaped smoking what is suspected to be marijuana.

In a statement on Thursday, the National Police Service (NPS) said the video that has since gone viral depicted “an underage child seated comfortably smoking what may be clearly interpreted as a prohibited substance commonly known as “bhang.”

“The language used in the clip seems to confirm this suspicion, given that reference is made to an ideology propagated by a section of the ongoing politics. And of extreme concern is the fact that the act and its filming seems to be done by either an adult or adults, all unperturbed by what is transpiring,” NPS stated.

Police said the act was not only wrong and immoral, and infringing on the rights of a minor by adults, but also criminal and punishable by the law.

“Those spreading the clip are also abetting the violation of the law and rights of the minor, and should “cease and desist” from onward transmission of the same,” the statement added.

NPS urged the public not to openly engage in acts that are defiant of the law, adding that violations of the rights of children, especially minors, constitute a criminal offense.

“…our teams are investigating the matter in an effort to bring the suspects to book,” said NPS.

“As we continue to educate the public on the negative impact of abuse of illegal substances on one hand, and also as we scale up our surveillance and enforcement campaigns against drugs and illegal substances, we call upon the general public to cooperate with us in this endeavor.”

It's proven weed is good for mental health. So nothing wrong here

He is practicing what Wajackoyoit told him. There go the family while Kenyans foolishly laugh at this jacko comedian.

A Nation of future bhang idiots.

He is just finishing the joint his parents didn’t finish last night. It’s the new type of parenting in kenya.

Did you just remember how you used to do dope in your early ages? You are still a dope head.

Wajackoyah needs to be stopped. He is on a mission to destroy the lives of Kenyan children & youth.

He does not have a PhD.
He’s not a professor.

Wajackoya’s antics are less volatile as compared to the madness of WSR. At least wajackoya has already put Ruto on notice that he will hang him death for stealing public funds. Let’s kill all the thieves then we worry about kids getting doped up later.