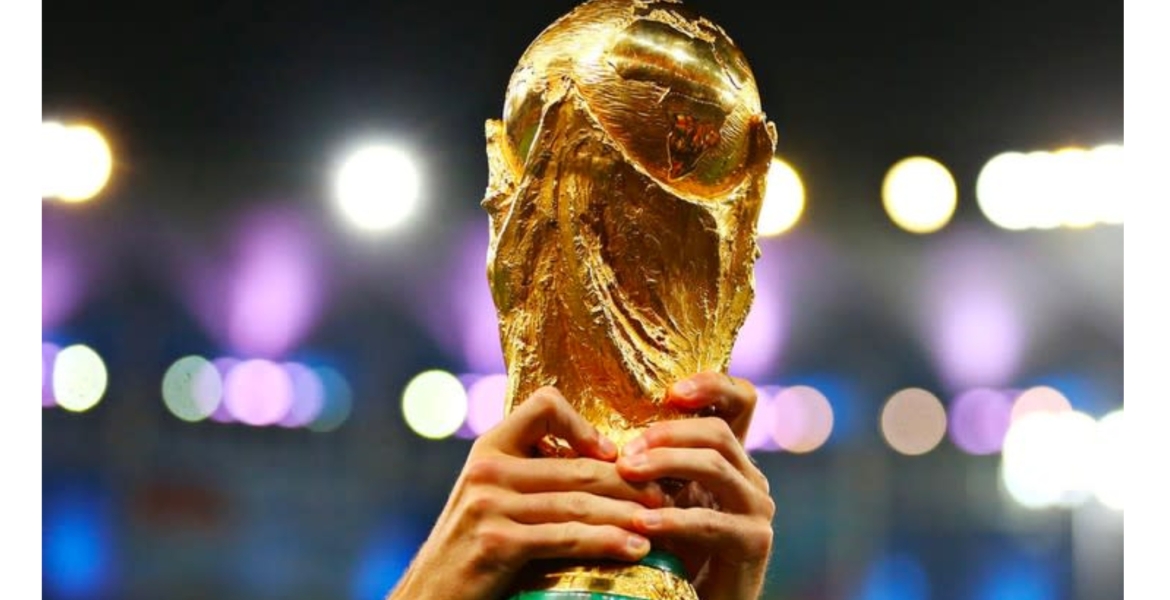 Qatar has banned football players and fans from engaging in sex outside marriage during the 2022 FIFA World Cup competition in the Gulf state later this year.

The ban applies to both Qatar nationals and foreigners attending the world’s biggest football event from November 21st to December 18th, according to reports.

British news outlet Daily Star reported that FIFA officials warned that “no exceptions will be made,” emphasizing that one-night stands could lead to seven years’ imprisonment.

Foreign nationals attending the tournament will also have to comply with the Qatari laws, such as the criminalization of public intoxication. Drinking and partying after matches is also strictly prohibited.

“Sex is very much off the menu, unless you are coming as a married couple. There definitely will be no one-night stands at this tournament,” a police source was quoted as saying.

“There is essentially a sex ban in place at this year’s World Cup for the first time ever. Fans need to be prepared.”

Qatar laws which are based on Islamic legal tradition classify sex outside of marriage, pregnancy out of wedlock, and adultery as crimes punishable by imprisonment.

“Qatar is a conservative country and public displays of affection are frowned upon, regardless of sexual orientation,” Qatar’s Supreme Committee for the delivery of the 2022 World Cup announced in a statement.

Why go there in the first place.Matters groin area need no surveillance. They are privately enshrined in natural laws. What I do with my groin as long as is consensual is a no go zone by overbearing religions.Many Americans and Brits will be guests in jails of these religious extremists.

@ Conish, this is one area where our cousins the Bonobo monkeys fair better ...

The most affected will be Kenyan elite tourists/adulterers including Uhuru,Raila,Ruto,MPs etc.Tayari parliament has paid air tickets for the Qatar trip for a large number of Kenyan women MPs(who might even lose their seats).Others who have already paid are JEFF St,MODERN GREEN and WANJIRU JOY traders.

Stoning or 7 years imprisonment? You could end up stoning entire teams and then you have no one to play. This will be very difficult.

I dont see a problem if someone brings his or her own partner.That way,they are not interfering with sheikhs's supply. I wonder if this regulation will reduce the number of attendants since one can just watch the games on TV.
I bet you if that oil dries up,or an cheap fuel alternative is found, you will see these type of rules dry up as well.Not too long ago women were not allowed to drive in Saudi Arabia,but when bid Uncle Sam raised eye brows that changed. -Dollar is power.

How did such a conservative state,succeed in hosting 2022 FiFa World Cup? All these prohibitions they are throwing around at potential soccer fans,and other visitors are the main money attractions; drinking, sex...Mark you this is just a one time event...
I also understand that non Muslims can purchase alcohol. Is the law changing for the sake of the World Cup?.
For those who are not married,no problem. Islam allows Mutah- That is temporary marriage that ranges from afew hours to maximum 3days,and can be renewed if both parties agree to extend the contract.Basically its legalized prostitution.See they thought of everything...
Understandably these rules are there to curtain rowdiness associated with soccer fans,and rightly so.But they will not be obeyed...fully. All those rich sheikhs have it all planned with truck loads,of liquor,and sex slaves on offer at their private pavilion,and castles.
I plan to attend with my Mexican squeeze,but we shall sleep in separate beds.But should matters get worse for some reason and I get arrested,please be nice and drop a dollar on my GO-FUND-ME, I thank you in advance.

These are the same people, holier than thou who are killing our sisters, daughters everyday.

How will they enforce this rule? Put cameras in hotel rooms & people bedrooms?

@ Kenya, which ever mode they use to catch me, my defense will be" Iam training for mixed art wrestling..." That should at least get me awarning.

So there will be a sex cop in every bedroom couch bush car etc to make sure that no fackin is going around?

@Maxiley - This soccer event is not for you. You will be stoned on the first night upon arrival. Your Mexican gal can’t go there either unless both of you have a marriage certificate to show.. No kinkies!!

Now - can you and me meet in Qatar for the soccer match?? The law there certainly will make us b have and be best friends….

You sure they will be checking for marriage certificates? .Like I said , Islam allows for temporary marriages,and I believe it was intended for situations - as this one organized by FIFA. So, Iam going to become a Muslim-temporarily. I will be Adbullah Bin Muta for the duration of this worldcup. The plan is that,I will marry you for the duration ,and if the' test driving" is good ...mmmm we can talk of extending it. What say you?

Ghee wizzz. I was gonna leave my wife at home and connect with one Fatima in Qatar.

The content creators of FIFA didn't think wisely on choosing an Arab country to host the greatest world sports event.
The best part of those events is to have great party moments with your fans, which sex and alcohol is the best catalyst for it.
Most of us are born of these so called illicit sex, otherwise we would never have existed on this beautiful planet Earth.

@SAMco18, dont you recall FIFA officials were in trouble for taking bribes ,I think 2 or so got amillion dollar each for votes to have Quatar as the host nation for 2022 world cup?
The question is what is in it for the Arab Nation? The simple answer is that the world is becoming a global village.They realize the power powerful and influential countries in the world are not"too Muslim" in religion and culture.Since they dont want to be alienated ,they are slowly "fitting in".After all, they also realize that Oil is not going to be there forever...

You honestly have to respect a country with morals. It’s their laws of the land everyone attending the World Cup should adhere to them.

@ KK what you are saying is that citizens of that country abid by these laws?And that its only foreigners who would break them?Let's take Kenya,or USA for examples.Do these countries by law permit sex between unmarried people?

@Maxiley You are missing the point. Everyone including citizens and visitors should adhere to the laws of Qatar. Just like how we as immigrants have to respect the laws of America.

@KK, iam operating from the notion that,"ignorance is no defense". So they dont have to blast it out in the open it the laws apply to every body.

Helps control HIV STD. Conservative culture like it was in Africa 100 years ago. No STDs, prostitute, corruption in Africa until white men arrived

@SimamaImara, If we had it "so good",what happened?And why are we having trouble going back to the good old days,since these days are horrible?

It's hard to unsee what you have seen. Best bet is start cleaning up moral rot by strict laws like those of Arab Muslims nations.

@ SimamaImara,those Arab and Muslims Nations are oppressive. Do you really want to live like they live? Human spirit always yearns for freedom.Why not control their freedom instead of denying them,cause it leads to alot of hypocricy.

Living in sin isn't freedom but bondage to the enemy and leads to sickness, poverty and short life

Africans have also had strange customs - widow cleansing and wife inheritance when a husband passes away, wife sharing in Northern Namibia and amongst some pastoralists in Kenya and one mountain community(my great great great guka was from this community). Morality in this case seems subjective.

I challenge any “don’t care” Kenyan who feels he/she has absolute rights to anything not to wait for WC.You just enter any Doha hotel today with an Adulterer partner.Enda ata Dakika hii dipo ujue Qatari laws are enforced.

The ridiculous thing about those self bestowed kings sheikhs and bullcrap, they do all those things they prohibit others from doing with impunity!

We will attend the world cup and f$$k as we want.
There are always ways around the laws, that's what going to make it even better.
The bigger the challenge; the better the fun.

Can’t get into a hotel room or airBNB without proof of marriage! That’s the catch!

Is hotel room the only place one can sleep?

The later day Pharisees! They ‘ fight’ and kill other human beings for their god.

Are they going to chop the thing off if they get you into the act?