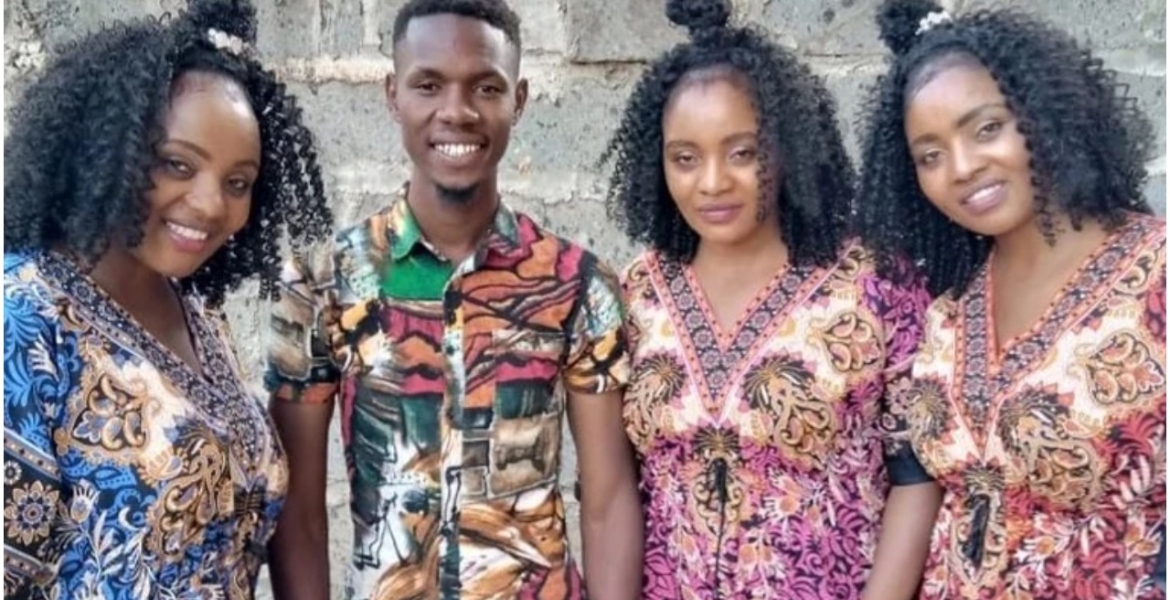 A Kenyan man has set tongues wagging after it emerged that he is dating triplets.

Steven Kawa, alias Big Man Stevo, confirmed that he is indeed in a relationship with the triplets—Evelyn Wanjiru, Mary Muthoni, and Catherine Wanjiru.

In an interview with Citizen Digital, the YouTuber described himself as a polygamous man, saying he will do a mass wedding when time to marry the three sisters comes.

“I’m a faithful generous man and everything about me comes big, even blessings; that why they call me Big Man Stevo. I tend to believe that my love was not meant for one girl and naturally, I was born a polygamous person and that everyone knows,’ he said.

“I’m always honest and faithful and my exes before have been leaving because I tell them that I want to add one more, I don’t want to cheat, I want to add and coincidentally blessing just came my way when I wanted them.”

The content creator divulged that they have dated for two months and expressed optimism that the relationship will morph into a one big family.

“It’s barely two months and we are living a day at a time. We learn from one another; we are taking our time… I kiss and I don’t tell so expect surprises because I don’t like exposing my family so much," he added.

Stevo says he spends time with Mary on Mondays, Cate on Tuesdays and Eve on Wednesdays, then the four congregate on the weekend and have a good time.

“Why do people doubt the fact of me satisfying three ladies, there is no big deal.” 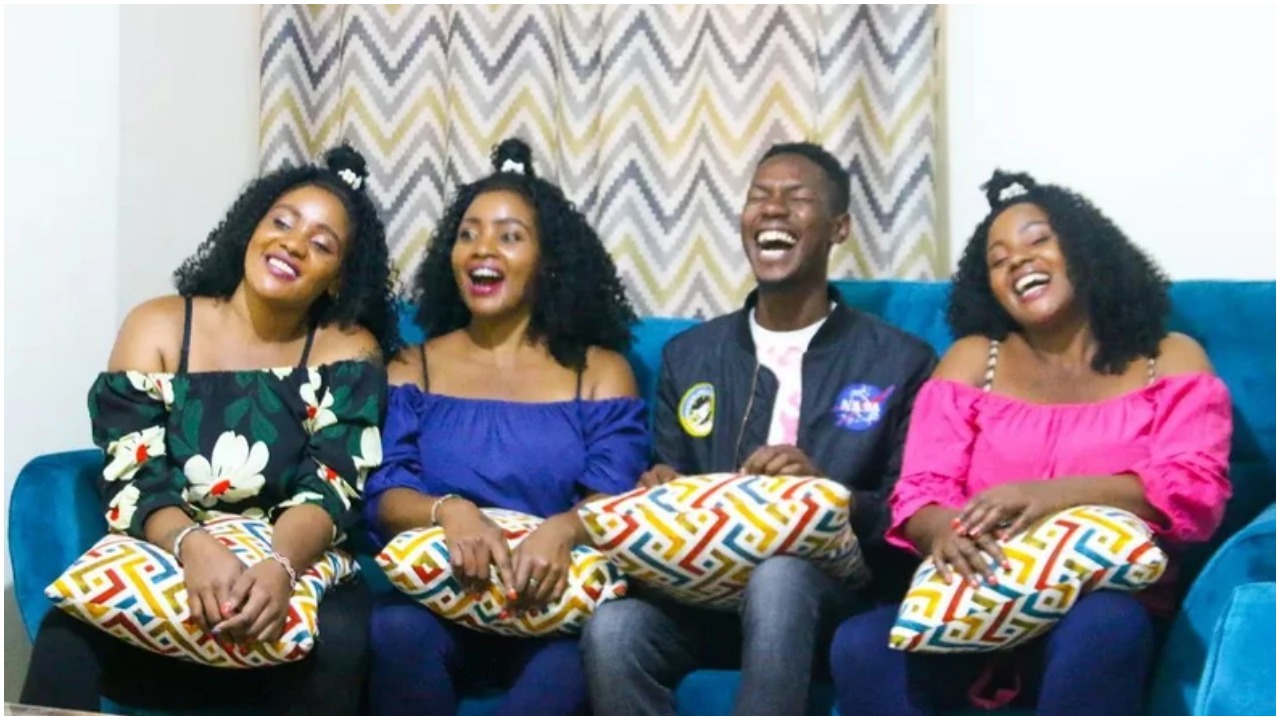 During the interview, the triplets said this is the first time they are seeing the same man, adding that they are happy with the relationship.

“The three of us we are enough for him and we are not going to allow him to bring another one. So its three and it’s a happy family,” one of the sisters said.

Stevo claims his family is in support of his new relationship.

“The majority are stilling digesting facts but my family is quite happy. I come from a very mature family which is understanding and they are very supportive and they are just waiting time ya kupeleka ng’ombe twende kama mbogi. I will do a mass wedding,” he noted.

The way to go man! Be faithful.Being identical twins you broke no Canon law.Its the same girl in 3 D...😆

@Conish, I hope the same reasoning would apply if " 3D men "were to marry one woman.

Who would have thought polygamy would return

Wooi nyumba. Something is wrong in mount Kenya. Let’s meet Nyina na ithe wa ciana ici and make sure it’s not for 15seconds of nonsense

No problem here. It would be a Problem if he was Related to them 3; or if the 3 were his Girlfriend, her Mother, and her Auntie.

Hope you have enough income to cater for needs of three some, and a big house too. Best of luck big Stevo!!!

When will this women arise from slumber? They are tokens while the man will be struggling to provide in his incest relationship.
Let's see their story later when children are involved.

Not sure how incest applies here 🤷🏿‍♂️

Whatever rocks ya boat youngling. YOLO!

Will he afford to be buying similar stuff for all of them? Similar houses, similar cars etc to balance.

Wacha upumbavu! How so you sleep with the sister of your wife? Whichever one is your wife, the others are sisters. So you will be sleeping with your sister in law by default when on ‘night duty’ with one!! And what will the children call each other??????!

@ Omollo, respectifully I ask, if Adam and Eve were the two people humanity came from,is is reasonable to assume that alot of incest took place? If not, then God must have created other human beings but the goat at the scriptures that mention it...

I dont believe in those biblical stories. To me they are just that, ‘stories’.

You would be agood candidate for joining my religion,"SCIENCE", the show proof religion. Hopefully will shall welcome you aboad @Omollo soon.

You would be agood candidate for joining my religion,"SCIENCE", the show proof religion. Hopefully will shall welcome you aboad @Omollo soon. That is if you are not already amember

Whoever marries 3 women that look alike is a fool if you want to marry more than one woman checklist below.

1. Fat Ugly
2.Slim Beautiful.
3.Short and Fat
4.Tall and slim.
5.slim and Ugly
6.Dark and pretty
7.Light skin and Ugly.
Just mix and match all of them

The three fit your tab here. So Stevo boy is very happy screwing up the same family. Their family pastors have failed them in explaining incest.

There's no such love or relationship in God's name,visit New life prayer center at Mombasa immediately for help before you destroy your future. May this message reach you guys in Jesus name.

Publicist Stan and Photo opp at its best . Later you will hear their YouTube channel