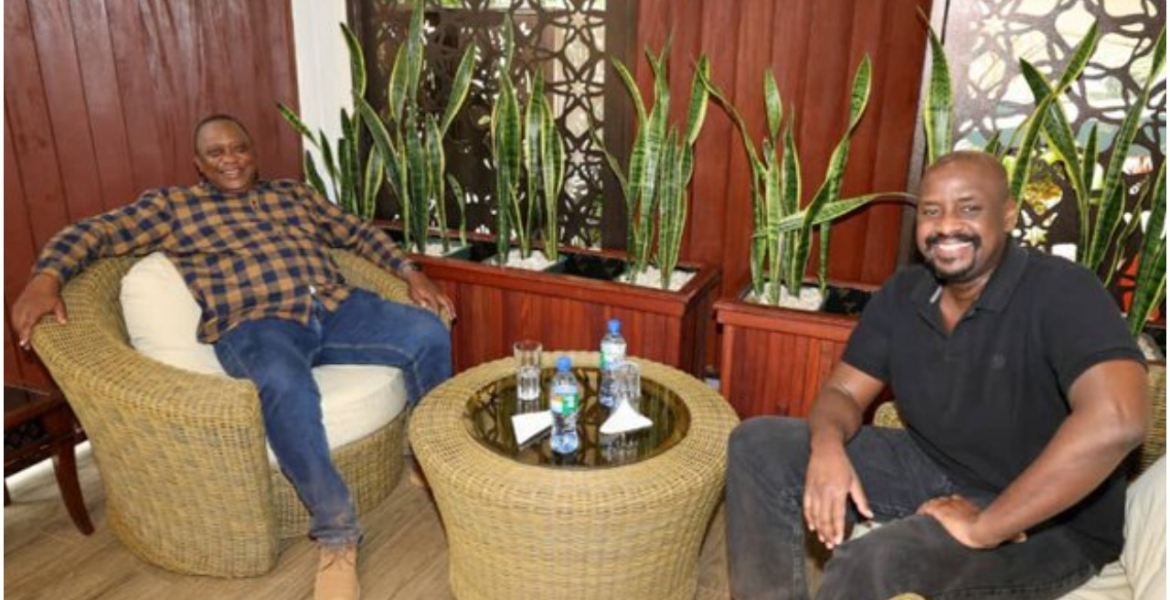 Ugandan President Yoweri Museveni’s son Muhoozi Kainerugaba has heaped praises on President Kenyatta, who he referred to as “my big brother.”

Through Twitter on Saturday, Kainerugaba described Uhuru as one of the greatest presidents Africa has ever had, saying he is “intelligent, humble, and extremely charming.”

"My big brother, His Excellency President Uhuru Kenyatta, is one of the greatest Presidents Africa has ever had. He is intelligent, humble and extremely charming. Long live President Uhuru!!" Kainerugaba wrote on Twitter.

This is not the first time Kainerugaba, a lieutenant general who serves as the commander of the land forces of the Uganda People's Defense Force, is expressing his admiration for Uhuru.

In September last year, the 47-year-old former commander of the Special Forces Command shared a photo of himself hanging out with Kenyatta at an undisclosed location in Nairobi.

“I was honored to visit my elder, my big brother, and my hero recently in Nairobi. President Uhuru is an inspiration to many of us across East Africa and Africa!” Kainerugaba captioned the picture.

Walevi network is stronger than bloodline

Kenya is a Country of Alcoholics; and you Rigged in their Ringleader for President; 2wice.

In honesty, yes, Uhuru is a very intelligent man! You underrate him at your own risk.

Intel folk dont smoke weed. He would have used a calculator to know that a highway is more economical and useful than rail

He want to like him inheriting of presidency. Hyenas know each other

Never been a fan of Uhuru but I see what he’s trying to do. I’m starting to think RUTO aka “chief thief” was holding maendeleo back surely. Ouru and Kibaki have things that dictators Moi and Kenyatta couldn’t accomplish.

I tell you folks, democracy is great.Especially for those who enjoy freedom of speech unbridled.I cannnot imagine what i read here being aimed at crown King Salman Bin Abullaziz of Saudi Arabia without banning Mwakilishi,and flogging the staff.And this is just mild stuff. VIVA LA DEMOCRACIA.