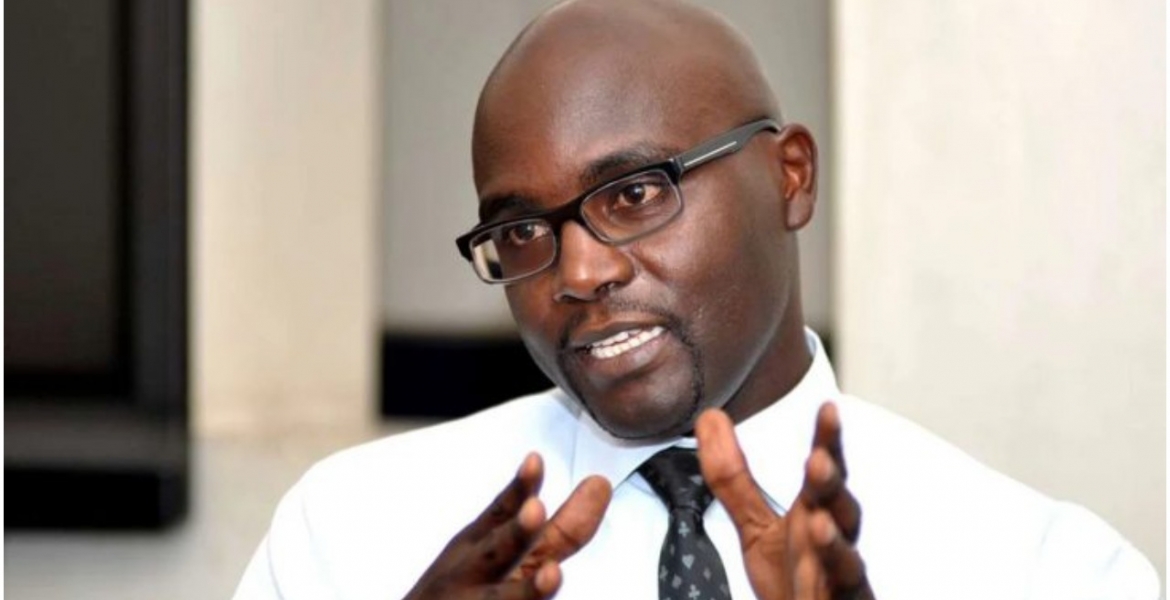 Atheist Society in Kenya (AIK) President Harrison Mumia has officially ditched his Christian name. Mumia, 43, said he decided to drop the name Harrison in order to reclaim a pure African identity and free himself from the mental slavery of Christianity.

Nyende Mumia Nyende is his new official name and will reflect in his identification documents, including his birth certificate, national identity card, and passport.

“As the great Bob Marley once said, we must emancipate ourselves from mental slavery and none but ourselves can free our minds,” Mumia stated.

Mumia, a former Central Bank of Kenya (CBK) employee, said he was given the English name by his God-fearing parents but he was not ready to be called Harrison again.

"It is unfortunate that white missionaries convinced Africans that African names were not good in Christianity. It's so sad when I see Kenyans calling themselves John, Mary, Magdalene, and James,” Mumia observed.

“Likewise, Muslims in Africa have been convinced that Arab names are the good names, not African ones.”

He urged Kenyans to be proud of their indigenous names, adding that the Ministry of Culture should encourage Kenyan parents to give their children ethnic names.

“I truly commend the Chinese for having the foresight to stop these Middle Eastern religions from destroying their society," he added.

Nyende Mumia Nyende,took you awhile,but you have shade off some of the effects of mental slavery.Better late than never.
Yes religion is just aset of beliefs.And nobody should have the authority to claim that theirs is the true one.African religions are just as valid.And so are african names.
Mzungu really did a number on mwafrika so much that he has no pride in himself or her self.Some go as far as loathing their skin color,and bleaching it to be close to that of mzungu.I bet Mzungu looks at all these in amazement. Funny but very sad to note that some africans in diaspora used to pinch their noses to get that beak,and hock like shape endemic in anglo descendants.
Why are we so slow in decolonizing our minds? Do we need mzungu to start making fun of us to pride in your african names,and skin color?Those who watched Nigeria defeat USA in an exhibition basketball know what Iam talking about.In short the sports commentator made fun of Nigerian names that he could not pronounce.And as expected,Nijas were not amused.They let him know that these names have a meaning,and aproud heritage.
There should be a reward for those who ditch foreign names in favor of african names.And punishment for those who bleach their skins.My two cents.

Mental slavery is within the individual self! Mumia has a lot of growing to do! He is still enslaved by the Satan who he worships! Kinda feel sorry for this confused fella!! He has too many demons bothering his small head!

Remind him Satan and his clothes were brought by makamburu missionaries.

You can easily tell him what you just said because he is your kin! At times I tend to think you are flirting around with the demons yourself!

More power to you!

He has a point the atheist part I do not understand because Africa people have their ways of worship maybe different from Islam and Christianity but atheist I do not think so. Correct do atheist mean one does not believe in a higher power if so count me out

MuKenya believes only American police/thugs kill Kenyans in America.But I wish he explains how they relocated to WaNgwachi,Laikipia,Haven Kenya on July,29,2021 at noon and violently robbed King’oro a sack of cabbage and shot him dead.I hope he also says something why thugs and murderers are licensed to terrorize people in these areas for more than three decades now.

Now: Nyende aka Worm, what African name did your greatest Bob Marley adopt?

By the way: The atheist you Claim and Proclaim to be Reminds me of the Lost aka PRODIGAL son.

Well done Nyende. No point retaining the christian name of the when you don't dropped the religion. Your mind decolonization is virtually complete. I wouldn't be worried by personal attack at your religious non-conformity. The most vicious and vile will those that profess piety. Stay free brother.

Mumia! Why are you wearing those colonial clothes and the bifocal glasses? You can walk naked like a good ape and ask Satan to make your eye sight perfect!

Confusion is the hallmark of all the madness in humanity! Call him Mugo wa Kubiro, and he will still be deeply confused!

Nyende mumia nyende are just in-born issues that no earthly spirits can heal! His mother couldn’t do it for him!

He who has nothing shall accept anything!!!"

Learnt something new from anonymous UI. Instead of telling people what you know, ask them pertinent questions about how they came to believe in what they believe in today. Then you will know, nani alipigwa msasi as Imara aptly puts it ha!

a name means little - it is the worth of the individual that counts.the name/word such as "mende" could sound ok but mean something bad in another language.