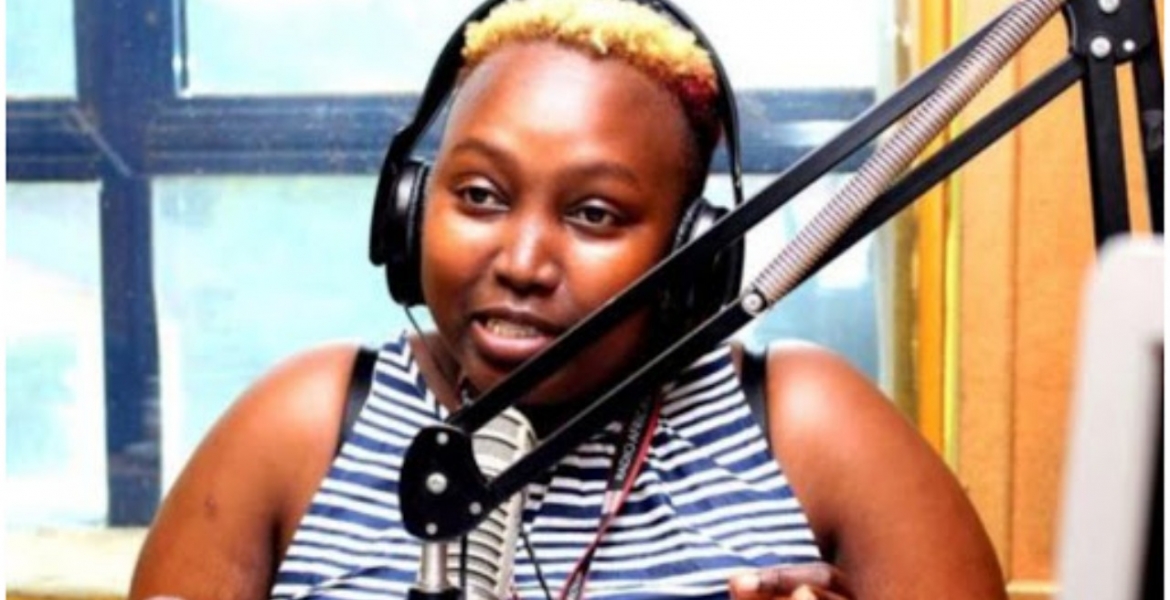 Kenyan radio personality Annitah Raey has says she lost a significant of money in an attempt to get herself a Mzungu boyfriend. Raey said she fell prey to fraudsters who claimed to hook up Kenyan women with white men.

Raey, a former Hot 96 presenter, says she had just divorced her abusive husband and resolved never to date or marry Kenyan men when she came across an advert for a Mzungu hook-up in the newspaper and decided to give it a shot.

Raey contacted the agency and was asked to submit a description of the type of white man she desired. The agency later phoned her to inform her that her profile matched with another of their clients but she needed to pay a Sh1,000 fee to commence the process of hooking them up. A meeting between her and the agency’s representative was then arranged.

“When we met he told me that he had met my match and I was already registered on their platform, then took me to a cyber café to confirm. The guy told me that in order to access my soulmate’s profile I needed to top up with Sh2,000 which I did,” Raey said during a recent interview.

The agent asked her to go home and wait for them to send her the profile of her Mzungu match. That was the last time she heard from the agency and it dawned on her that she had been conned.

Two years later, the radio presenter fell victim to an online scam through a website where she met a man who claimed to be a Canadian. Raey was convinced she had found her elusive Mzungu lover on the website.

After a few weeks of chatting with a man, the owners of the website asked for payment to facilitate the hook-up.

“The fraudsters texted me and said they wanted us (Annitah and her catch) to exchange phone numbers but I had to pay the registration fee which I had initially evaded,” she recalled.

Having established contact with the man, Raey believed it was not a scam and paid a huge amount of money, which she says is too embarrassing to reveal.

Upon paying the money, the fraudsters sent her two phone numbers that belonged to random men from Ethiopia and India. Raey says she realized she had been swindled again and gave up on such hookups.

Call me old fashion,but meeting a potential partner through these electronic media connections robs people of genuine human-one on one element.Human beings were not designed to connect that way.We are social beings,and touching, feeling,looking,and tasting/testing is part of our human interaction.That's how we communicate,better.Technology is robbing us of all these traits.You just dont put an advert in the media like you are on object on sale.
Anyway,may be that's the modern way.
There is avery big misconception about wazungu lovers. You go to their countries, the divorce rate is much higher than in Kenya. Take USA for example.The divorce rare is 50%.And the media is also rife with boyfriends killing,and beating up their girlfriend,or husbands beating up or killing their wives.This is a human failing that knows no boundaries. Agood man can be found in any society,just like a woman would be...
It is unfortunate that some africans think that it is status symbol to be seem with amzungu.Even if the mzungu oppresses them,the appearrence is good enough.What a shame.

Paying a middle man to find love. First you lied to yourself that a mzungu was the medicine but turned into a scam. U need the right man thats it. Its not about race color tribe etc.

What an idiot n what even makes it worse is ur stupid ass is brave enough to talk bout it. Is Mathare Mental Hospital still in operation as an idiot needs help.

What a dumb ass. She’s shit.

Don’t curse at your ugly sister because she rejected you for a white boy @conmen.

One can help but just feel sorry for this damn woman! You got conned three times and you still continued to seek some nonexistent love!

You are suffering from low esteem among other issues and definitely looking for love in the wrong places.Quit the false assumption that marrying a “mzungu”will elevate you both socially and economically these people are animals.You also have no excuse nowadays just use google or you tube to do your research different does not necessarily mean better get psychological help you need it

That's a good dose for you Anitah..keep up with your ignorance...nothing special with a white colored dude, just get yourself any man with a d***,as long as they have common sense,..but it looks you are lacking some of it though, sorry.

Comedy central. I hope it is a joke.

This purely a case of low esteem and mental enslavement.

It is the first time you @kora have said something sensible in 100 💯 years!

MUNGU's Way of Showing this young lady that she is ill. One step to returning to wholesomeness and, thus, return to the proper road is to ditch the "blonde hairdo". Of the tens of thousands of variety of hairstyles available to Afrikan women, "going blonde" is silly and speaks of immaturity.

As long as WaAfrika wana lala and do not remember that MUNGU made them perfectly, this world shall remain out of balance.

Meanwhile, relax, and do ebjoy the chaos.