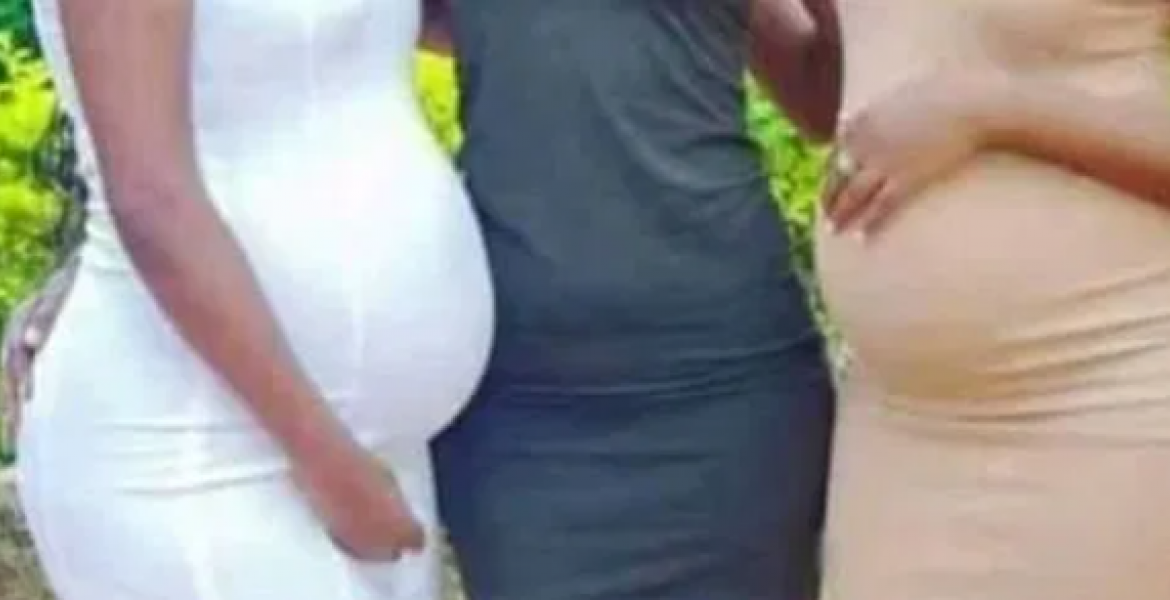 Police in Tana River county are searching for a gardener who fled after impregnating all three of his employer’s underage daughters at around the same period.

The girls said the man would often lure them to their farm where he would sexually defile them. One of the sisters confessed to sneaking into the gardener’s room at night.

“I did not know he was having affair with my sisters as well because we didn’t share that part of our lives with each other, as we didn’t trust each other with secrets,” one of the teenagers told Daily Nation.

The further divulged that the man would entice them with gifts such as money and clothes.

“He used to give me pocket money and would sometimes buy me clothes. He was so nice to me. I did not know he was doing the same to my sisters,” another girl said.

Each of the three sisters gave birth to a set of twins at a Garissa hospital on Saturday through a Cesarean Section.

All the three are Class Eight learners and are expected to sit for their Kenya Certificate of Primary Education (KCPE) examination in March next year.

On her part, the girls’ mother said she noticed her daughters had new sets of underpants but she did not suspect something was going on between them and the gardener.

“I noticed some funny set of underwear which caught my attention. But my last-born daughter kept saying she had bought them with her pocket money,” the mother explained.

“What I did not understand was why she chose that funny type of underwear,” she said.

She learned of the gardener’s affair with her daughters after she stumbled upon a message on one of the girls’ phone informing the man of the pregnancy.

She then discovered the two were planning to get rid of the pregnancy, prompting her to ambush all her daughters with a pregnancy test the following morning. Two of the girls admitted they were pregnant before the tests.

The shamba boy is said to have fled after learning that the three sisters were all pregnant with his children. Police are still looking for him.

The first-born daughter was expecting triplets but she could only deliver two children safely and without complications.

“They all had slim chances of survival, and that is why we looked for a specialist. But for the girl with the triplets to come out alive, we had to agree with the mother to choose between her daughter and the third infant,” a doctor said.

The three were discharged from the hospital following the operations and are recuperating at home.

Lazy, Ignorant parents. Shame on them!!!

Ebu saidieni kulea hawa watoto.
Avoid shamba boys if you have girls. There is a lesson to be learned.

When the mom saw the girls wearing funny sets of underwear or G-strings, she should have acted accordingly.

Jesu!
The family is full at once on the Christmas dinner table. Mablessings Double oh double oh...

This story is fake.

this is the true definition of fake news. Unreal!

Now the story is fake @seneca because it touches on your parenting skills with your several daughters! Right?

Poor parenting at its best.
Wasn't the mother advising her daughters or she was just busy hustling?
Wasn't their dad there to support his daughters?
The girls were looking for parental love from a Male and all ended up pregnant.
Why do police want to arrest the gardener? This won't end well for him because money talks in Kenya.
How comes now it's the gardeners crimes but the parents neglected their kids?