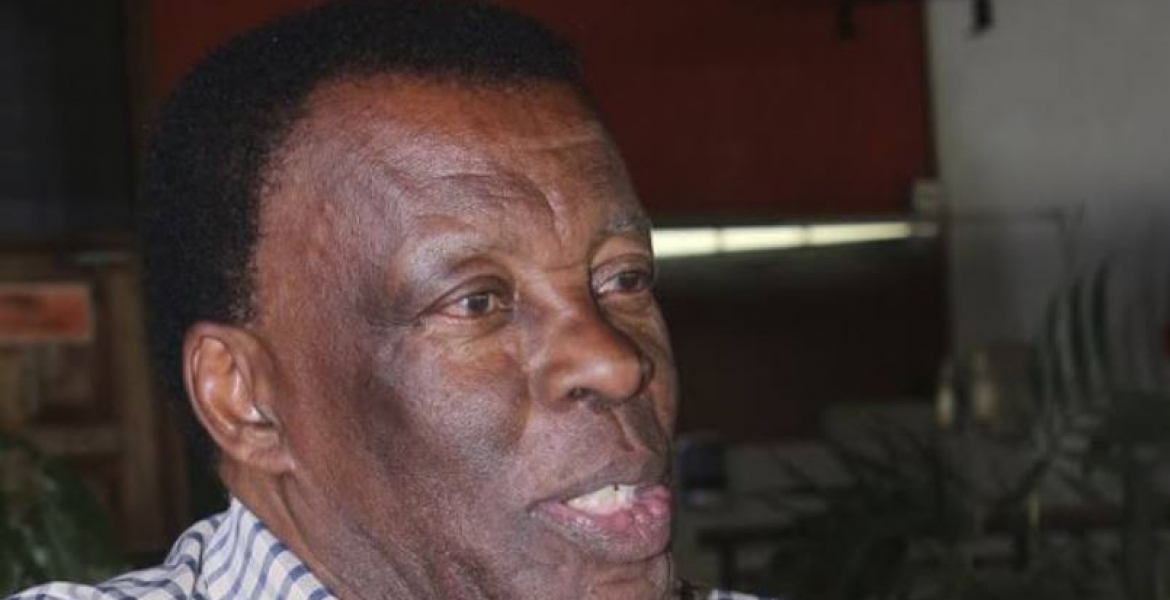 Veteran Kenyan media personality Leonard Mambo Mbotela has sent an appeal to well-wishers to help him offset a hospital bill amounting to over Sh1 million.

Mbotela was admitted to the Nairobi South Hospital on October 29th and is set to be discharged on Friday, according to the hospital’s Human Resource Manager Stephen Mutavi.

In a letter, Mutavi said the former radio and TV presenter’s medical bill has accumulated to Sh1.1 million.

“He is due for discharge Friday, November 13, 2020, as per the doctor’s recommendations to continue with homecare treatment,” said Mutavi in a letter dated November 12th.

“The medical bills have accumulated to Ksh.1,105,498.78 as of today and have to be cleared upon discharge. Any assistance given towards offsetting this bill will be highly appreciated.”

Mbotela, 80, worked for State-owned broadcaster, KBC for about four decades and was famed for his “Jee hu ni ungwana” program.

He was on duty when the plotters of the 1982 attempted coup stormed Voice of Kenya (VoK), now KBC, studios, and forced him to announce that the military had overthrown President Daniel Arap Moi’s government. The attempted takeover was foiled a few hours later.

Mbotela was also part of the Presidential Press Service (PPS) under the late President Moi’s administration.

A little more details won't hurt. Nicely written story but won't it be better if we knew more?

You only need to know he need financial help. His medical information is confidential

All our Media personnel today are products are as a result of a foundation laid by such great men as Leonard Mambo Mbotela. As wananchi of those days i believe we can easily connect with the then ONLY radio station VOK/KBC and the program "Je HUU Ni Ungwana?"
So any media house or person step up and wananchi we join.

This bill is about 73-75K Shillings a Day. Kweli wenye ALIIMBA "Kenya Yetu ni Inchi ni Inchi ya Ajabu!!!" was Right and Tight on the Money.🤑

Ongea ya wote.Why are Uhuru and Raila wasting shs 10b.on BBI?Why change costitution for idiotic reason that Raila is too important to follow and obey the law?Why do hungry Kenyans want to approve paying extra shs 300m per month to hire 100 women MPs,PM & Deputies?Why can't they use all that "execess" money employ most wanted teachers,nurses and doctors?

If you cannot help such a gentleman please shallap n zipppp your stinking mouth.Please which bank or mpesa number should we send monies.This guy was loved when he was on radio so it’s give back.Tgats why I keep saying we don’t need stupid nonsense bbi.We need beta affordable healthcare/Jobs/security not creating seats for raila family’s n losers.

Mkenya halisi, your anger is misplaced. It should be directed to the people handling Leonard Mambo Mbotela's illness. He is a public figure, with people who love him. They should just say what he is being treated for, and give an anonymous paybill number. People will respond.

These days the media personalities are more worried about the social status than anything else. We glorify them no matter what the contents are....
Leonard's era was when substance mattered...they had caracter and SELFLESSNESS when doing their jobs.
Kenyans are very sympathetic and will pay this bill.... but what reasons do we learn from this?