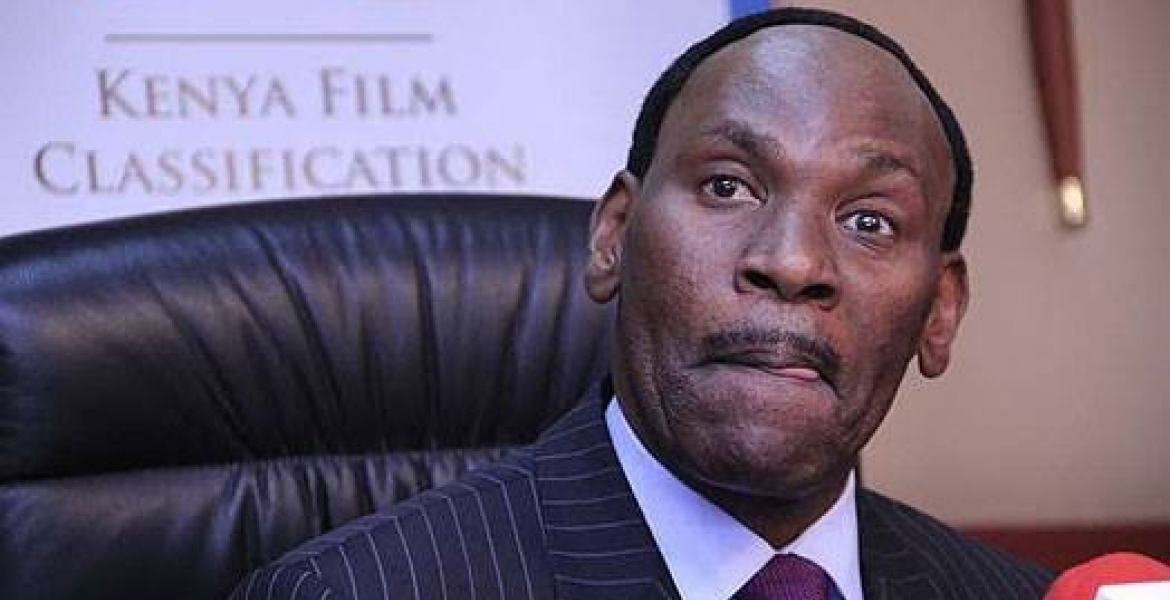 Anderson, who broke the news during his AC 360 show on Thursday, April 30th, said the boy was born through a surrogate.

Mutua, through Twitter on Friday, May 1st, described Anderson's use of surrogate to get a child as "warped logic."

He added: "But they had to get a normal woman to get pregnant using his normal seed and carry the child in a normal womb and give birth in a normal way....see the warped logic?"

Mutua, nicknamed Kenya's moral policeman, has been at the forefront in the war against homosexuality in Kenya.

Since his appointment as the head of KFCB, Mutua has banned a number of local and international films over allegations of promoting same-sex relationships.

This week, the high court upheld Mutua's decision to ban Kenyan lesbian-themed romance movie 'Rafiki' on grounds that it advocates for homosexuality.

Gay sex is a criminal offense in Kenya and is punishable by 14 years in jail.

Anderson Cooper was the only one living after the death of his brother & mother. He needs to get 20 of them since he inherited too much wealth.

Mutua, keep your rants within the Kenya boundaries. You will fall in trouble.

As if we don't have enough problems in Kenya. Why is this a priority during a pandemic and economic meltdown?

This shallow minded guy should concentrate on promoting Kenyans creativity, art and more so compensation within the country instead of poking his nose in international affairs. We have artistes who are paid next to nothing and living in poverty despite having created successful works. This incompetent holier than thou hypocrite should join pastors Ng'ang'a and Kanyari business line instead of wasting taxpayers money.

They need to investigate this mutua "moral police man" antics. Does he really know what to do in the bedroom or he just wants to dictate what others do? He is probably a professional masturbator. Mind your own bullshitter. Stop worrying about lyrics in a song either, suggestive language is part of the art. BTW anakaa mshamba sana.

Ezekiel Mutua, please learn from the travails of Miguna Miguna that Kenyan Law, including Court Orders and Judgements, are only applicable within the Borders of Kenya. Other Countries have their own Laws. The powers of your Job are only applicable to Kenyans, or someone living in Kenya. Leave others alone, even if you do not agree with them, because they are not under your Jurisdiction.

For all the insults hauled at Mutua, God and the Angels in heaven are pleased. Mutua is standing between Gods wrath and Kenya.
Abomination is the worst of sins and that is What Mr Mutua advocates against. We do not need a curse to our nation.

They were slave owners that’s where his wealth comes from

I would recommend also non gay men with big pockets to plant seeds with surrogate .

This will AVOID issue of child support,babies custody battles,gold diggers harvesting from where they did not plant.
Your seeds will continue and not about harrassment from baby mama trying to 3/4 of your hard earned wealth.
Happiness will overwhelm you seeing your and no baby mama drama.

Those ready for business we can meet Shanghai.

I would recommend also non gay men with big pockets to plant seeds with surrogate .

This will AVOID issue of child support,babies custody battles,gold diggers harvesting from where they did not plant.
Your seeds will continue and with your seeds without harrassment from baby mama trying to take 3/4 of your hard earned wealth.
Happiness will overwhelm you seeing your babies and no baby mamas drama.

Those ready for business we can meet Shanghai.

Keep up Dr Mutua lest KENYA became Sodom and Gomorrah, don’t mind those disgruntled mediocres calling you mshamba and all short of words. Most of them are lesbians and gays who doesn’t have an identity as African but sold out to whites wickedness. God is happy with you Dr so don’t look for men’s approval.