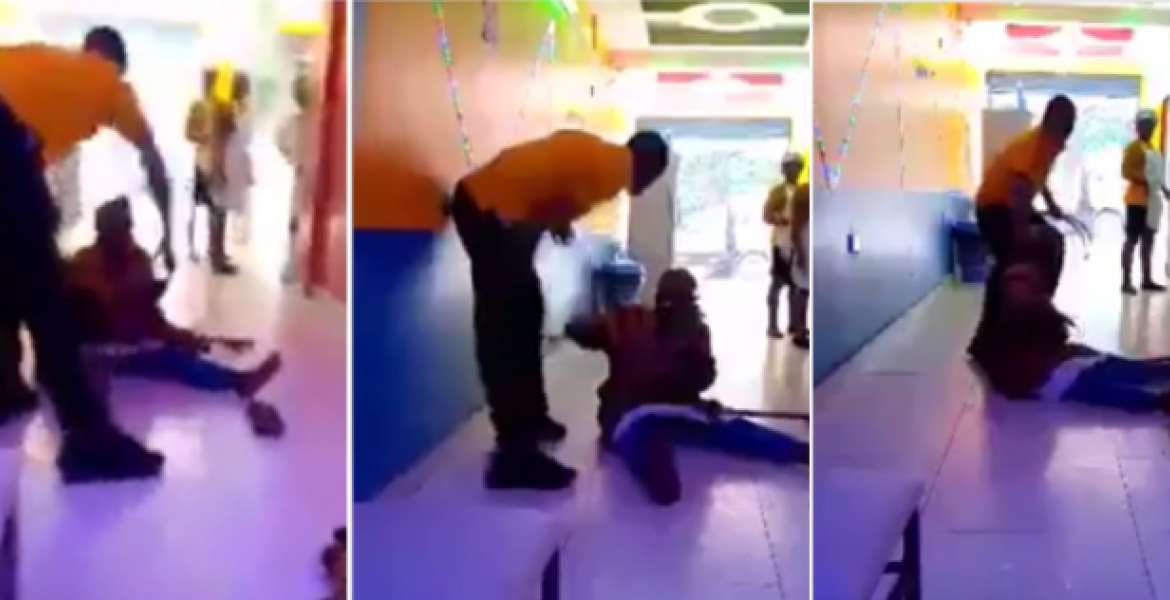 A video of a Kenyan man believed to be a hotel waiter heartlessly whipping a disabled woman has gone viral on social media.

In the 30-second video clip that has sparked outrage from Kenyan online users, the man wearing an orange t-shirt and a black pair of trousers is seen repeatedly whipping the lady, who is seated on the floor.

He then drags the woman towards the restaurant’s exit. This happens as other hotel workers watch from a distance and what made the man beat the helpless woman remains unclear.

The incident is said to have happened at In and Out Restaurant in Kangundo, Machakos County, according to reports.

Reacting to the video recording through Facebook on Sunday, Machakos Governor Alfred Mutua promised to have the man arrested and jailed.

“I have watched with disgust, a video alleged from a restaurant in Kangundo, of a young man assaulting a woman. I am shocked at this violent act. The young man will have to be arrested and jailed,” said Mutua.

He added: “Others in the video who just watch and do/say nothing will also need to be disciplined.”

Peter Gachau stated: “This guy must be arrested.”

James Maina Ghai wondered: “Kwani which world of lawlessness are we????”

Benjamin Macharia wrote: “Stupid. Idiot, he should be arrested immediately.”

Charity Maina said: “Things people do maybe because of your position.. we should know nothing goes unrewarded.”

This is sad. Whipping a woman of the mothers age. God have mercy.