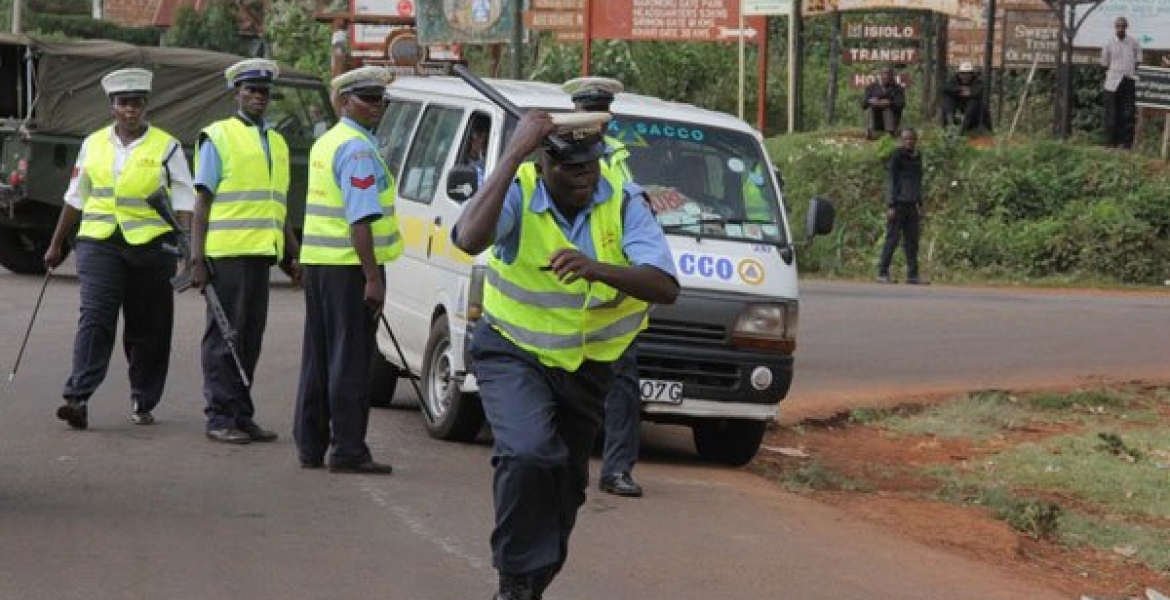 Traffic police officers stationed near Kathageri trading center along the Nairobi-Meru highway were on Wednesday left counting ‘losses’ after a daring man snatched a bundle of money from one of them and escaped into the nearby bushes.

The man is said to have emerged from the bushes and grabbed the cash the traffic officers had collected as bribes from motorists before running across the road, according to eyewitnesses. Efforts by one of the officers to run after the man were futile as he was too fast.

“There are these steep roads that connect to the road, and the spot where the officers were based is shaped like a wedge. That is the road the young man used to escape,” the witness told Nairobi News.

“On realizing he could not catch the young man, the officer shouted at him many times. But there was little he could do as the man vanished into the bushes. It was like a five-second bank job.”

The incident happened at around 1 pm on Wednesday when two officers, a male, and female, were on duty along the busy highway. The two were unarmed at the time.

Good job. We need more of this.

What comes around goes around. First of all, these cops are completely out of shape. They cannot run. Second, since they were robbed money they had stolen from public, the should go to police and report the theft. The young man did the right thing (my view).

I hope they cannot identify the young man. If they do, you can imagine what they would do to him.

If these corrupt thieves still have jobs at the end of the week,SHAME on the police chief. He is the one who should be fired.How can you thumb your chest,when Transparency International ranks your department as the most corrupt?That is unless you are in on the scheming.

be assured they are not going anywhere. if they go their bosses go cause they share the stolen cash . Until we laiya we stop bribing it will not stop - It is a 2 way system citizens bribe police and other officials take the bribe - so who is guilty ?

@Victor,if ihad to apportion guilt,iwould say that the cop is 75%.The cop is paid to do a job.When you bribe him/her,its double deeping.Can you imagine calling acop to report abuse of your children by your neighbor, then the neighbor bribe the cop and gets away with the crime.See you did not bribe,but you end up suffering because of the paid cop not doing his work.You did your.

the main problem is us being corrupt . If each single one of us refused to bribe . corruption will stop. we are selfish, we refuse to follow regulations cause we know short cuts -bribery we want to jumb the queue disadvantaging those in front of us. there is not thief and thief the taxpayer money only exchanged hands . but am happy it was snatched from the main thief

Even if the cop had caught the thief how would he prove the money was his and for doing what .Talk about karma had I been one of the few forced to bribe these cops I would have congratulated myself for helping the poor what goes around surely comes around