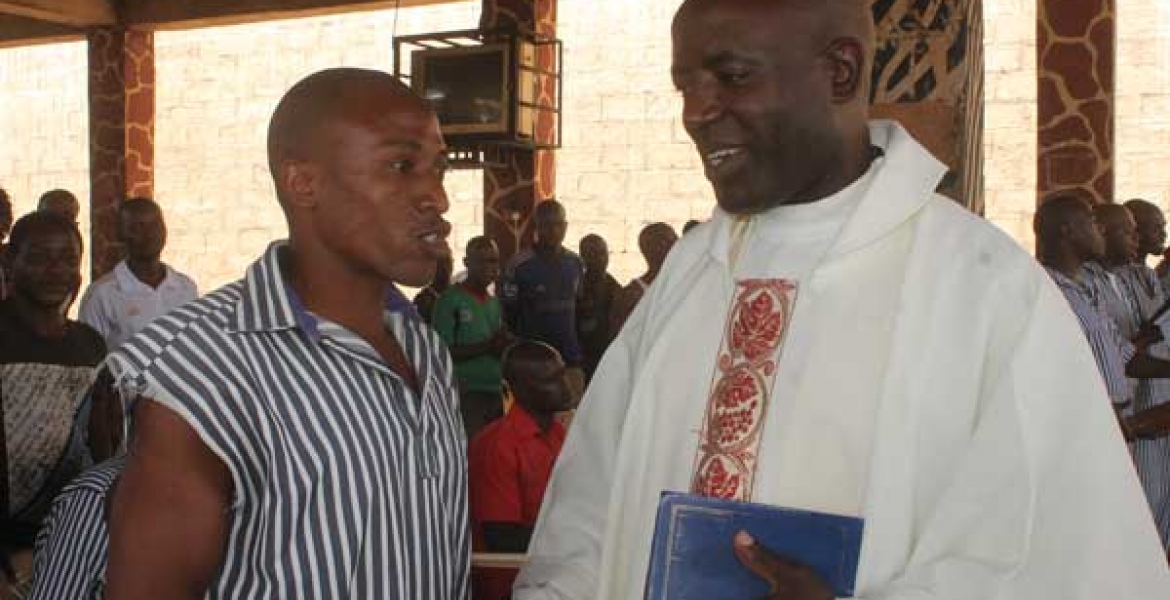 Drama unfolded in Kathonzweni, Makueni County on Wednesday evening after an enraged man threatened to shoot dead a catholic priest who he allegedly found in his house with his wife.

Thomas Kimeu Mulwa is reported to have arrived at his house at around 4 pm on Wednesday evening and found a strange vehicle parked in his compound, according to a police report on the incident. He knocked on the door but there was no response. On inquiry, one of his servants told him the car belonged to Father Wesonga Maloba of Gatundu Parish.

Kimeu, a licensed firearm holder, knocked the door several times but his wife Susan Kivuva failed to open and he suspected she was sleeping with the clergyman. “In the process, he fired four rounds of 9mm deflating the four tyres, alleging that the priest was sleeping with his wife,” said the police report.

On sensing that things were about to get out of hand, area chief called police officers from Kavumbi Police Station to disarm the businessman.

“The scene was visited by National Police Service officers from Kathonzweni sub-county. The firearm, a Ceska, has been repossessed with two empty magazines and 13 live ammunition,” said police.

Detectives from the Directorate of Criminal Investigations (DCI) are investigating the incident.

What you say is true about Luhyas. Maybe they will learn..maybe not. For now...tuchunge Malibu yetu😂😂

@ Guest 1, if the waluhya are bald headed,and toothless,but they continue to mount married women with reckless abandon,what does that say about these married women?

@Guest1; Niko hapa for comments! You made me reassess my Luhya friends! lol!wow!kwani Houston kunaendaje???

it takes two to tango.Deflating the car tires was showing off kwani Gari ililala na Bibi.The two deserve each Kamba women are always thirsty and a whole priest did he even bother to remove his collar ama ni tamaa tu.

@Tommy Tommy,they become catholics knowing very well what is expeated of them.And one of the expectations is NO MARRIED. Sure the Catholic church can change that requirement. But why can't those who want to marry join churches that allow it?Or quit.