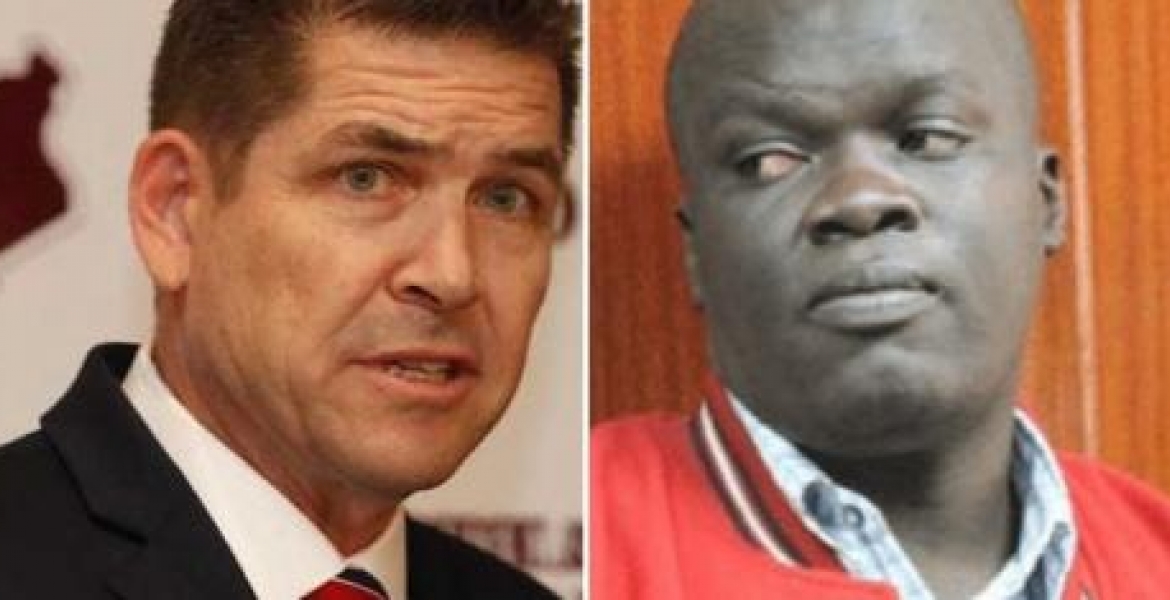 This came after Alai used vulgar language while replying to one of President Trump’s tweets where he issued a warning to Turkey following his decision to withdraw American troops from North-Eastern Syria.

"As I have stated strongly before, and just to reiterate, if Turkey does anything that I, in my great and unmatched wisdom, consider to be off-limits, I will totally destroy and obliterate the economy of Turkey (I’ve done before!) They must, with Europe and others, watch over," Trump’s tweet stated.

"Idiot! You have no guts, skills, strategy or even power to destroy Turkey. Stop scaremongering. Hey, Kyle McCarter, your boss is being a dick. Tame him," Alai ranted.

McCarter was appointed as the US ambassador to Kenya in 2018 following the expiry of Robert Godec’s term.

Someone need to tell Kyle McCarter Kenyans support Barack Obama despite his short comings of dancing with ICC criminals.

I guess freedom of speech doesn't include calling a dick a dick. Alai is probably on a watch list now for exercising his freedom.

I guess Mr Carter thinks it was all ok for his POTUS to insult Africans as shit hole counties and has used vulgar language specifically on Kenya.
Carter should be talking to his president to have some manners!!

Libya was not a peaceful country.

And If you going to criticize someone make sure you have facts.

Libya was more peaceful than it is now; even with more healthcare than the now chaotic Libya. The majority miss Muammar Gaddafi.

We all know why Kikuyus hate Obama....becoz he’s a Luo.

And by the way, Americans are in so much debt three quarters of their life.
So they appear rich but they are not.
But better than most places on this Earth.

I agree with the ambassador, one does not need to use such low down language to make a point. Lacks maturity. To tell the ambassador to tame his boss is a contradiction in term.

It is one thing to disagree with someone, however, do it respectfully. AND, What exactly is Alai's talent?

Alai I support your freedom of speech and expression which exists in both Kenya and US. Ambassador should stop behaving like a snowflake. He's been dishing out so he should be able to handle criticism direct at his boss cos truth be told, a dick is a kind word.

Alai should have responded to trump without ropping in the Ambassador. I have no qualms with the Amb. telling off Alai but as for trump. Who knows what he says in private after all the filth he pours out on Twitter. Mimi husema mtu wa domo kaya needs his match. Tusi kwa tusi, Trump amezoea watu sana.

Was H.E. the Ambassador around when dumb trump spewed the SHIT-HOLE vocabulary? This is the kind of language trump speaks...and understands...i guess...