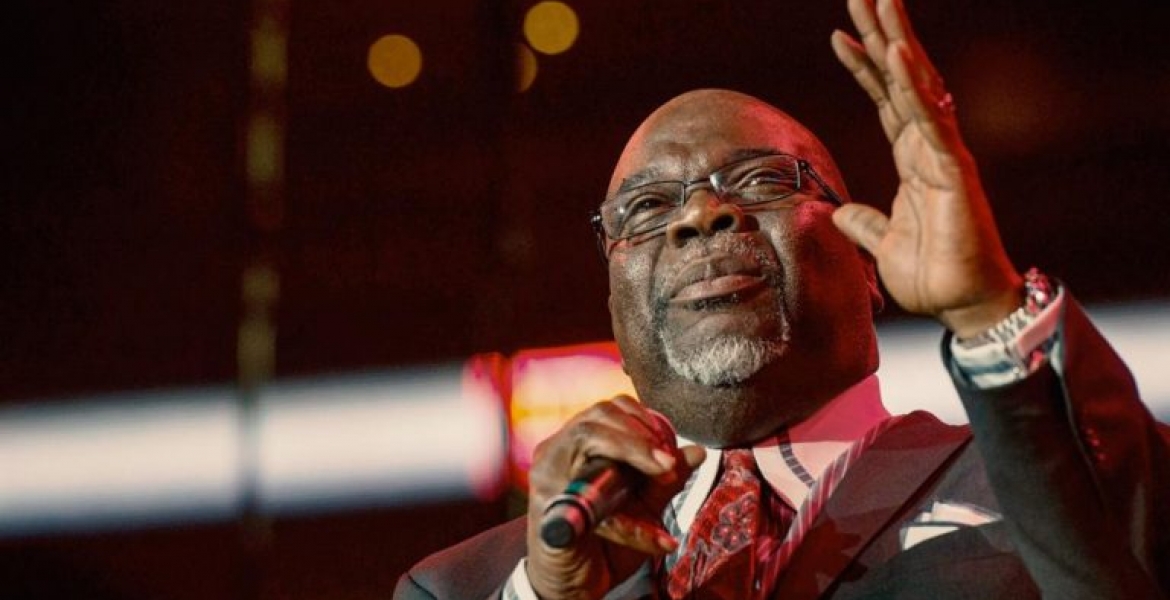 Renowned American preacher TD Jakes says Kenyans on Twitter (KOT) have taught him the hard way and that is why he respects them.

Speaking during SOAR Africa Leadership and Entrepreneurship Summit at Kasarani Indoor Arena in Nairobi on Friday, Jakes said he admires how KOT defend themselves to the world and urged them to use the same energy to market their country.

“KOT has taught me the hard way. I have great respect for Kenyans on Twitter and the way they defend themselves to the world.”

“Use that same energy to market what’s good in Kenya; Tourism and products you have to offer,” Jakes said in his speech.

In 2013, Kenyans online savagely roasted the 62-year-old televangelist after he claimed credit for all the water “Kenyan natives” and that the only hospital in Kenya was as a result of woke done by his ministry.

The summit, which began on Friday, is organized by Kenya Commercial Bank (KCB). The forum brings together leaders in business, government, and academia as well as key decision-makers from the public and private sector to discuss the economic progress of the continent.

The gospel is not for sale and miracles are not for sale. Benny Hinn confession............https://www.youtube.com/watch?v=4TQQirZI9Eo

Thank you TD Jakes for respecting Kenyans and asking them to defend and market their country.
We will ask the same of you, that you respect our "so called black brothers" (Hebrew Israelites) in America, join them, respect them and work to defend and promote them to the world. They need your help and guidance more than Kenyans do. They need your Enterprenual knowledge to set up their own businesses in their neighborhoods in America.
We hope when you visit next time you will update Kenyans on the progress of your people.
We love them, they are our brothers
Let your legacy be what you do for your people!!
We wish you well!!