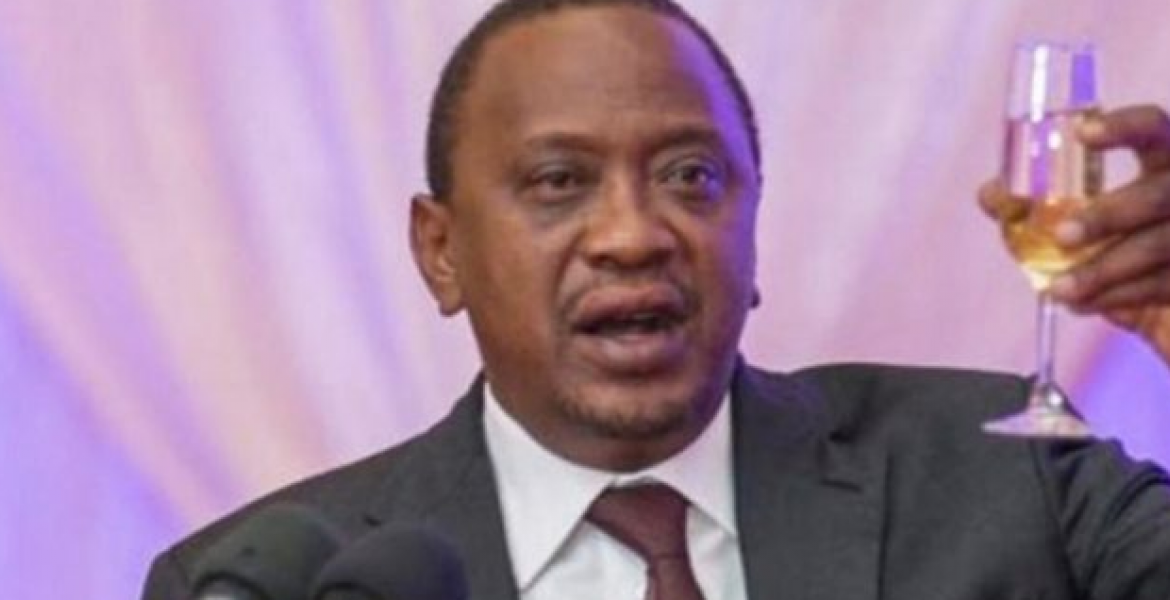 Kenyatta, who is currently on a tour in Coast region, arrived at the event held at Ms. Safina’s rural home in Kinango, Kwale County unannounced.

“I came to monitor the progress of a road construction here in Kinango. During that exercise, I saw a hoisted Kenyan flag and a crowd of people in this homestead. I said I wanted to know why there was what seemed like a formal convention here. So, I came,” said Kenyatta.

“Where there is a hoisted flag, the Government is represented, and I am the leader of the Government. So, I had to know what was going on here,” he told guests amid cheers.

Kenyatta contributed Sh1 million during the ceremony that doubled up as a Harambee to raise funds for the construction of a school in Kinango.

“I, therefore, give my personal contribution of Sh1 million, which will be used in that project,” said Uhuru.

Where does all this "free money" come from , yet so many government services are either stalled or lacking? Poor planning from our leadership.
I now agree what Kibaki used to say, we can thrive with our wealth without borrowing loans from the West or China. But our leaders are just what they are, useless.

It is a lie.
He knew of the party in advance but he is putting it out there as a Juicy story.
I don't believe this kind of story🙃