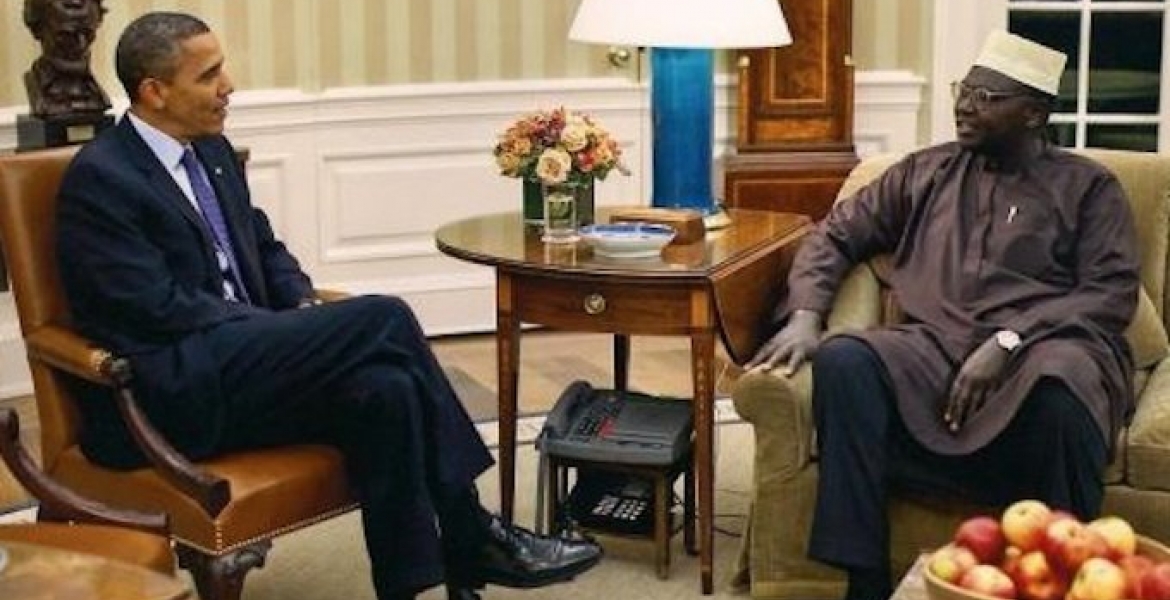 The beef between retired United States President Barack Obama and his half-brother Malik Obama appears to be far from over if the latter’s latest tweet is anything to go by.

Their differences reportedly date back to the 1990s, with the most recent grudge playing out when Malik backed Republican Presidential candidate Donald Trump over Obama’s choice Hillary Clinton in the 2016 US elections.

“Hillary Clinton is a liar and totally corrupt. What is her Clinton Foundation doing for Kenya if she loves Obama so much? Mr. Trump is a successful businessman he will make America great again. He is not heartless. I will not be humiliated anymore by anybody,” Malik said when asked why he chose to support Trump.

He also accused Obama of failing to support him even when he lost two children. “Why did he not support and write a forward for my book about his father Barack Obama Sr.? Why does he not support my Foundation set up in the name of his father Barack Obama Sr.? My two children died it was nothing to him. No condolences, nothing!”

In a tweet posted on Monday, Malik hit out at Obama for allegedly telling him he was broke even when he purchased a house worth $15 million.

“A rising tide lifts all boats but not in Barack Obama‘s case. Buys a $15 million home and tells me to my face that he’s broke. Slick as shit folks,” Malik tweeted.

However, online users told Malik to work for his own money and stop bothering his half-brother.

@jessienk said: “You are indeed broke not only financially but intellectually to display your ignorance in public. Let Americans be and be a man and a #Kenyan for that matter, hustle like many #Kenyans are doing.”

@faithzp1 noted: “A good brother would never slander his brother for the amusement of others. He owes you nothing. It's not his fault you are failing at life. He's not your parent. We know he didn't tell you anything bc he probably doesn't even talk to you. Go away son of a 2nd wife.”

@unanka said: “When will you stop using your younger brother's name to enrich yourself. He owes you nothing, you can go tend to your farmland and leave him alone. I only wish it was a hundred million dollar home.”
@NebsHo tweeted: “It's his money. He can do with it as he wishes.”

Stupid Malik. You are a jerk. Go beg money from your hero Mr. Trump. Don't bother those you regard as the undeserving.

This begging brother is such a loser. Hustle like other Kenyans here and make your own money. He has made the Obama name famous!

Malik, my brother. You supported Trump to the core and maligned Hillary, Obama’s choice. You made a choice, all on your own. Go to Trump, your successful businessman and get help from him. You campaigned for him. Ask him to remember you now. Does he know you even exist? You cannot hate your cow and expect milk from the same. Leave Obama alone and go kneel before your friend Trump. You might get a night at Mara-logo on top. You both share the same feelings towards Obama, hate, hate, hate.

These never grew up together.Its Obama who made an effort to connect with his Kenya roots through Auma his step sister.Who as hot said anything abad about Obama.
Be patient Malik, Trumop people will call you soon when real 2020 campaign start.I guess you have already made your banner"elect my brother trump again".
Notice former president has not said anything on this matter,because its beneath his level.
Malik dont attack Obama,if you are tired of this country iam sure you can go back to Kenya and head goats,a noble profession.

Jealousy at best. Ujaluo tuache. Why does he feel so entitled? He left the US to marry 4 wives...now Obama should cater for his idiocy? Chei!

Trump said he loved him when he said he backed him during the campaign,Trump and friends are making a killing while this broke friend of him is bussy attacking his hard working half brother.Jinga hii

Maliki you have other brothers and sisters from same grand mother other than Obama's grand mother.y don't you mention them? You mean Obama should endorse your book when you ill talk about him in that book? Go to kogalo Kenya bwana.lam sure the way you sleeplessly talking ill about Obama, you can even poison him incase you share the meal in your house.

Today they want your money, tomorrow when you're dead your house and other valuable property lastly your wife so that they will feel good and happy mmmh! gread is a very bad thing

What a stupid MF. A real shithead,, A real fool. Take pride in who you are. Stop wasting energy talking like a fool. Take care of your four wives all by yourself.