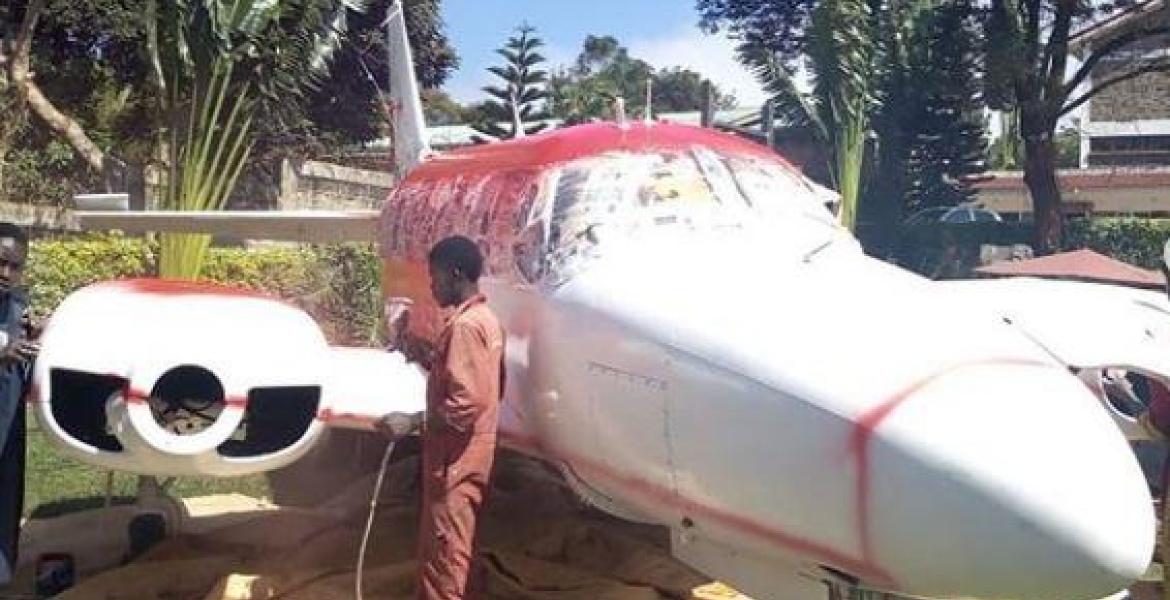 Jaguar, who purchased the aircraft for Sh120,000 during a recent public auction by Kenya Airports Authority (KAA), shared on social media photos of the plane being pimped. 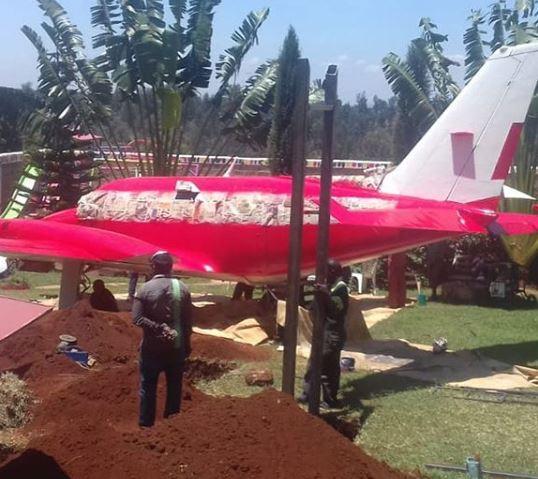 The Phoenix aircraft identified as Piper PA-31-350 Chieftain was among 15 abandoned planes auctioned by KAA on August 9th, 2019.

In an advert in July, KAA invited interested bidders for a public auction of the planes for prices ranging between Sh94,300 to Sh10 million.

The agency said owners of the 15 planes abandoned them at Wilson Airport in Nairobi and was selling them to recover unpaid parking fees.

The KAA advert showed that the jet bought by MP Jaguar, whose registration is 5H-SKT, had a reserve price of Sh120,000.

The most expensive plane was a Hulanda aircraft owned by Tandrill Limited and whose value was quoted at Sh10.5 million. KAA also said the abandoned planes were considered a safety risk.

The jet is currently undergoing rehabilitation which includes repainting, with MP Jaguar’s motive of buying the second-hand aircraft still unknown. 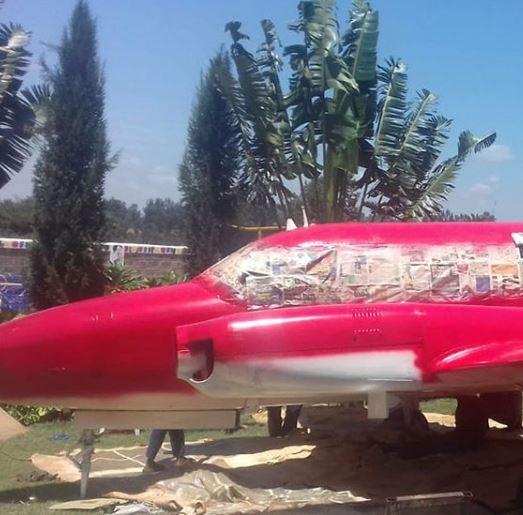 Hope sir you intend to use it for office matters it is a wright off for the sky.

FYI bwana Jaguar, this junk is a flight hazard. There is a lot that goes in to the aerodynamics of a plane. A simple debris in the paint job or worn out rivets and we will be watching soon on the news this thing crushed! But if it is for display outside your house then that will be a great fit 👍🏿

When your sponsor is Ruto, you get to be rigged into parliament in the middle of kigeugeu hit, afford to buy planes refurbish and possibly buy a new engine with kimwarer cash leaving Baringo children starving to death...hence becoming the kigeugeu you were singing about. Useless.

I'm hoping he's not planning on using that plane