US Presidential Hopeful Tom Steyer Wears Kenyan-Made Belt in TV Ad, Says it is His Favorite 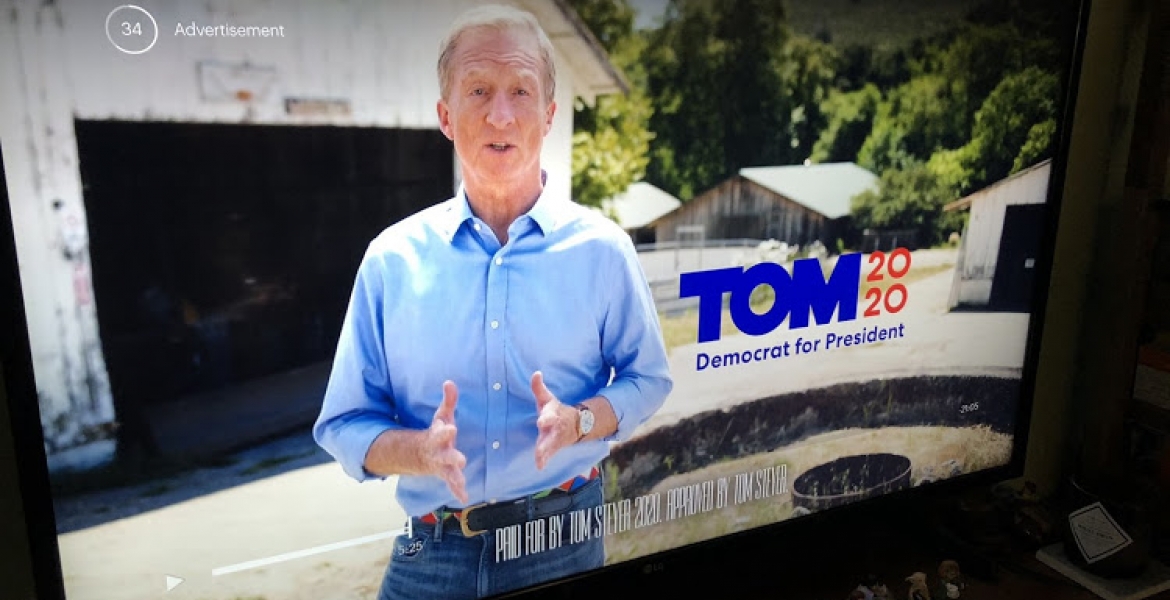 The TV ad for 2020 US Democratic presidential candidate Thomas Steyer has him wearing a Kenyan-made belt.

The billionaire-cum-political activist says the belt, made of leather and decorated with beads, is his favorite after he was asked its significance by a twitter user identified @SeasonBee.

“I have seen a LOT of @TomSteyer ads but none of them have explained this belt,” @SeasonBee tweeted.

Responding to him, Steyer said he bought the belt during one of his visits to Kenya, adding that it reminds him that the world benefits when women are educated, as the belt was made by female artisans.

“Thanks for noticing my favorite belt! I bought it on a trip to Kenya from female artisans,” he tweeted.

“I wear it as a reminder not to be so formal, and also as a symbol that the world is a better place when we educate women and girls,” he mentioned.

Steyer is one of the candidates in the 2020 Democratic Party presidential primaries.

Why is this news? It is a belt that most Kenyan men own hapa tuu, no one makes a fuss

When they say Africans south of Sahara have low IQ and naive naturally they don’t lie. They were created mistakenly to be ruled also they’re book smart but not intelligent enough to utilize the education independently as result we have wonderful economists with poor economy, engineers, doctors ( all the best you can tell) Who excels when they are under supervision of a white man,

100% agree with you, the other day we say a doctor begging to come back to the US to help americans patients like Kenya we have no need for Doctors, we are a doomed pple if we continue worshipping these westerners and the new colonizers called politicians in Kenya..bure kabisaa

And what underwear is he wearing ???

This is just a distraction. How many Kenyan men ware American accessories (belts) and it's not news. Why is it news ? Kenyans are not interested in every detail that happens in a foreign land and especially the colonizers world. This is psychology of holding someone as superior to the " so called black men". It's not working. Find better news to report.

I just liked the belt. I caught my eye