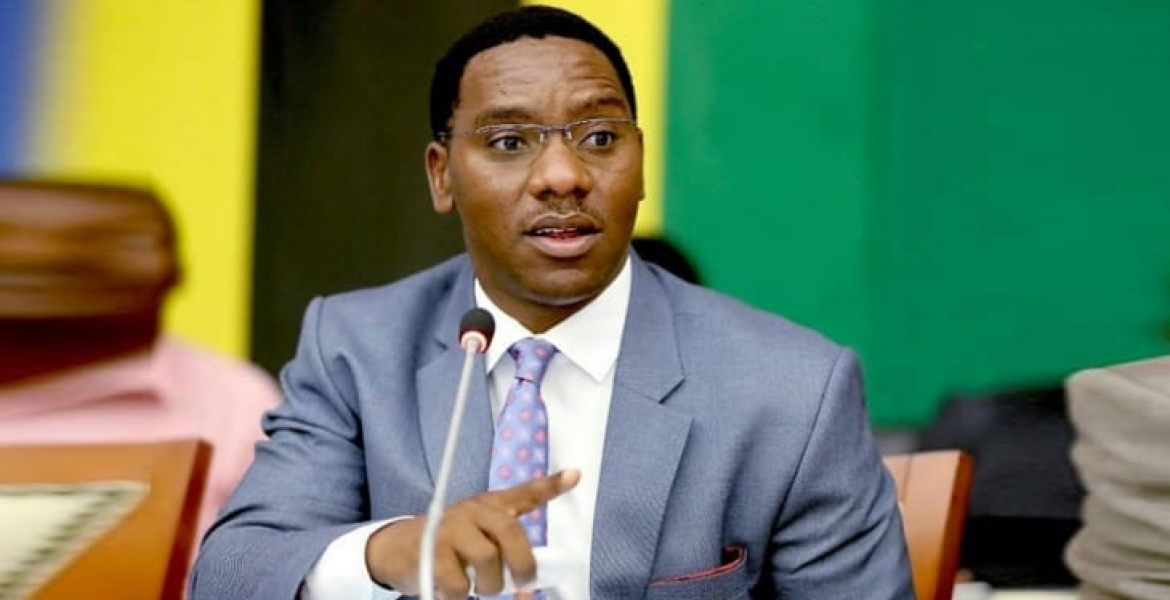 Authorities in Tanzania’s largest city, Dar es Salaam have announced plans to publish all names of married men in the area in a bid to protect single ladies.

Dar es Salaam regional commissioner Paul Makonda said his administration will publish the identities of all married men to a website operated by a State agency to protect unsuspecting single women from being preyed by deceitful married men.

“I have received a lot of complaints from young women. Many women from Dar es Salaam region have been deceived many times, and they have had enough. Men have been promising to marry them, then later, they ditch the ladies. This is something that is humiliating,” Makonda said adding that the plan will save women from “unnecessary heartbreaks”.

“These cunning men have left many women nursing heartbreaks and emotional bruises. You’ll find a young man successfully wooing a woman, making her leave every other thing that she does, hoping that the man will marry her, not knowing that he is, indeed, conning her.”

Makonda said the country’s laws allow authorities to protect women who have been deceived by men with promises of marriage.

“If you look at the laws that we have in the country, there is a clause that protects women, who were promised marriages, only to be used and dumped. We want to use that clause to bring sanity in relationships.”

“I cannot say I am a leader when the people I look after are hurting. We want all married people to register their marital statuses with the region’s database agency. This will help young women promised marriages. It would be easy for them to access the database and find out whether the men who have promised to marry them are people’s husbands or not. In that database, all the marriages, including Christian, customary, Muslim, those filed at the registrar of marriages, will be registered.”

“We want to reduce the cases of men conning women in the name of love and marriages. We are planning to meet the State agency in charge of the citizens’ database. Once that meeting is done, you, who lied to a woman that you will marry her, but ended up using and dumping her, be prepared, we are coming for you.”

I suspect the 'Conmen' will simply not register themselves, so they will not appear in the 'Married Database'. How then will you go after them?

Its simple folks.No laws are needed to contain conmen.You ladies just dont open your legs till the fellow says-IDO.But if you insist on laws some countries have loss of affection. This laws normally the errant spouse.But if alady can prove deception from the married conman, he should be fined,or jailed.

Stupid educated African fools concentrating with Shit stuff.Use the same effort to make the poor man confortable in their lives.Having more than 1 wife is our African culture period??I keep saying blacks wr cursed if we can come up with such shit instead of concentrating on beta n serious stuff to make our continent better.

@Mkenyahalisi So the problem of women being conned by men and being left cold is "shit stuff" not worth concentrating on? So what is "beta and serious stuff" if we can not take care of other human beings? If that was your mother, sister or daughter would that be "shit stuff?" From what I understand Tanzanians can be polygamous but in this case men are taking advantage of women and NOT marrying them. Is that too much to ask?

For once, I agree with Halisi. This is pure nonsense. Besides, statistics show that women, both married and unmarried, are just as unfaithful as men. It is just that they are better at hiding their affairs.

@Settled normad.The only place that women dont cheat as much as men is in those Muslim countries ruled by Sheria Law.Women in these places"suppressed"by these laws are less likely to cheat.Most importantly is lack of opportunity and ofcourse who wants her heard to be chopped off for atyist...
My religion SCIENCE says that both men and women were not designed to be monoganous.
So its those social constraints society put in place mostly by men to keep things in check for the good of the society they live in.

Its natural a man can never be contained with one woman.

There some women who also can never keep one man at a time or in they life.

Laws are good - as strict as America is - where the devils dwells with all kind of evil beings and a highest divorce rate above 60s%. Where there are underground marriage of 2nd to 3rd wife for the believers goes unnoticed.

We beings are complicated and laws needs not to be too much stricter cause things are bound to happen anyway.

Don't they have something better to do??

What is there are women who like married men ? That could be counterproductive- they do exist , for fun and $$$ bila whole package ya kufua nguo, kupika etc