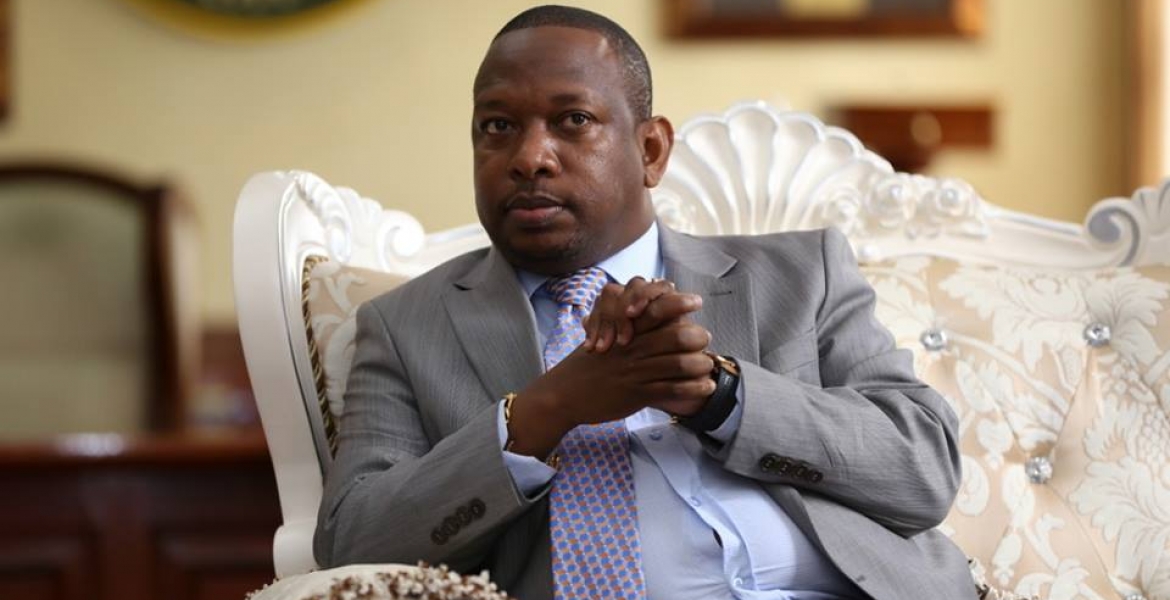 Staffs and clients at a Nakuru hotel were on Sunday morning left in shock after Nairobi Governor Mike Sonko allegedly forced a chef and one of the facility’s managers to taste his breakfast before he could eat it.

Governor Sonko is said to have ordered breakfast on Sunday morning after spending Saturday night at the four-star hotel, according to The Standard.

“The hotel chef and manager had to take two mouthfuls in front of him before to confirm the food was safe,” one of the hotel’s customers, who witnessed the incident, told The Standard.

On Saturday night, business at the popular hotel was temporarily disrupted after Sonko arrived in a huge motorcade comprising of a Mercedes Benz, two Landcruiser V8s, a Lexus LX 570 and a Nissan Patrol Platinum V8 among others. A mini-fire engine belonging to Nairobi County government was also part of his convoy.

“Why does he have to travel with a fire engine in tow? This man is enjoying life. I hope these are not taxpayers’ money,” a client at the hotel told The Standard.

The politician was in Nakuru to attend this year’s National Music Festivals and addressed residents before proceeding to the hotel.

"A stopover in Nakuru town advocating matters Wanjiku and the Big Four Agenda. We as leaders must always address issues affecting the common mwananchi. Doing so is taking development to the doorsteps of Adhiambo, Wanjiku, Nzioka, Wafula and the less fortunate in the society," Sonko tweeted.

"At Nakuru for this year’s National Music Festivals. Nairobi region is the defending champions. As the Good Deeds ambassador and the Governor of the great city I’ll surprise schools from Nairobi who are participating in this year’s music festivals if they emerge winners," he said in another tweet.

Wanjiku is risking a fiery death while Sonko takes a fire engine to Nakuru. And this clown has the nerve to talk about caring for common mwananchi? Give me a break!

Drama queen why bring the fire engine from Nairobi. It would be wise to rent one from Nakuru. That thing move slowly and could have caused traffic jam all the way from Nairobi to Nakuru. Did you check their mouth to make sure they have swallowed the food. They can hold it in their mouth alafu waiteme chini.

This is what happens when you have 'imaginary" demons chasing you because of your past. Trust becomes quite difficult!

he should have one of his security observe the meal being prepared. This isn't uncommon, however, it was just done in a foolish manner. or travel with own cook.

Why do you allow yourselves to be abused? If he did not want to take the breakfast before the chicken manager tasted it, why didn’t he just be man enough, take it back to the kitchen and let him eat what he had brought in the fire engine? If he cared to bring all the escort and safety engines, why did he forget his breakfast?

The lunacy exhibited and demigod status is getting out of hand. Yet his supporters think it's normal. From the dirty, obscene language to actions that leave questions unanswered. God help us that this is someone considered to be a leader

The lunacy exhibited and demigod status is getting out of hand. Yet his supporters think it's normal. From the dirty, obscene language to actions that leave questions unanswered. God help us that this is someone considered to be a leader

What is he scared of there are many mays to skin a cat.If it is your day to go there is nothing you can do to prevent it.His mouth has been running all over town scared one of the looser dads he outed will come for him.Total embarrassment to the city of Nairobi money surely will never buy class

I think people would rather have his predecessor Kidero, he had a phd and was talking proper. Sonko might be a lil' rough around the edges but he is not stealing like kidero. He has demolished structures on public land and has cleaned nairobi river and many more things.. you can get another kidero and his suits and proper language and his stealing the hell out of you

Maybe he can smell something...
Remember Saitoti used to do the same...but that didn't save him...