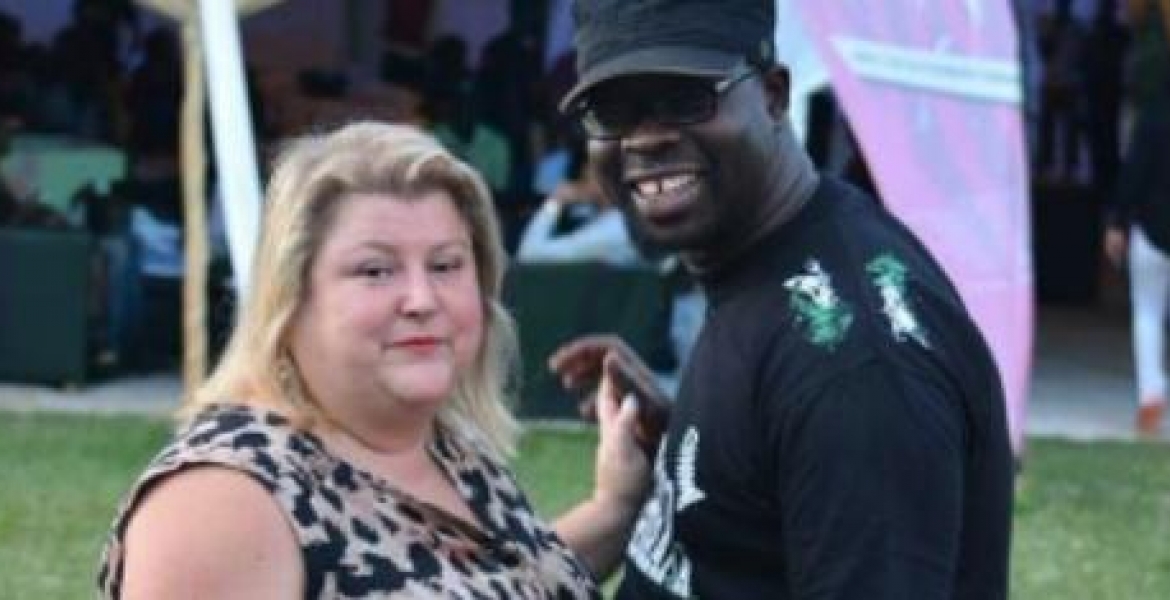 A group of Luo Council of Elders wants Monica Okoth, the widow of late Kibra Member of Parliament Ken Okoth, inherited as the community’s traditions demand.

Speaking to the media, the group’s leader Nyandiko Ongadi said Luo cultural traditions demand that a wife is inherited after the death of her husband.

Onganda said Mrs. Okoth can be inherited by one of the late politician’s elder brothers. "If any of the brothers are not interested, any relative of the MP can fulfill the cultural right by inheriting the wife," he said.

Ongandi further held that Mrs. Monica should be present at her late husband’s home in Homa Bay County as the family performs certain rituals. He said the rituals must be performed since Okoth’s remains were not buried.

"When a body is not buried, a banana stem is buried to symbolize the same. All family members should be present at that ceremony," Ongadi said.

Okoth, who succumbed to colorectal cancer while undergoing treatment at Nairobi Hospital on July 26th, was cremated at Kariakor Crematorium in Nairobi on Saturday.

At the same time, the elders want Mrs. Okoth to provide prove that her husband left a will saying he should be cremated.

These Luo Council of Elders need to be told to stop stupidity.

They should start by inheriting mpango wa kando.

Left right Centre the slayqueens will end up in bondo... Nyar Mabek...

Not only Luo culture but many other African ones. Since Monicah agreed to marry Okoth, then this is ok as per the culture. Thank you for letting us know though.

here we go again with these backwards behaviors.....WTH?!

Monica is not available for such nonsense. If she wanted the elder brother that's whom she would have married. Don't you think?

I thought in the wake of AIDS/HIV epidemic, wife inheritance was halted?Iam curious,the article does not mention if the wife has asay in this matter. I certainly hope she does.
Certainly traditions die hard.However as we carry forward some of these traditions, we should ask ourselves whether they are relevant to today's world.For example,polygamy will eventually die anatural death because it does not fit in today's world where the both sexes are headed toward egalitarianism.In other words the head of the boma is not any more the fellow with the big muscles.Man is no longer the sole decision maker,as the woman/wife contributes to the bacon... Yes cultures are undergoing mutation to be relevant.Few years ago it was frowned upon for someone to marry from another tribe.You cannot say same for today.Or at least few afrowns may exist,but nothing elders will call for an urgent meeting ya wazee.
Bottom line, lets have SCIENCE lead us where we might have divergence of cultures...

It's high time those "elders" found themselves a hobby or another way to occupy their obviously boring lives. Let Ken rest in peace and leave Monica to grieve in peace. Losing a spouse is a big blow. Discovering your love had a child with another woman is devastating. For the sake of all that is good and holy let the widow process everything quietly. I would hate to have strangers place demands on me at the lowest point in my life. These elders are kicking Monica when she's down and pouring salt on her wounds in the name of "culture". Where is their humanity and compassion?

I was naïve to believe the explosion of HIV/AIDS killed this barbaric Luo tradition of widow inheritance! These Luo leaders should mind their business and refrain from invading people's private matters. Good luck getting any compliance from a European woman!

I agree she should be inherited, Africans traditions should be respected too :-):-):-) . Just saying!

Could one of my Luo brothers or sisters please explain this custom and the reasoning.

Do not call another culture backward because it is alien to you .What is backward and weird is two grown men or two grown women sleeping with each other

@Raia,actually,if you think about it,male and female sleeping together is pretty gross.Itake it that by sleeping together you mean having sex.That's why many people dont want to believe or want to see their parents do it...Just think of the act...its gross,but enjoyable.my two cents.

Hello hello my pple.... Long time I have missed the commentary...

I just came to respond

Btwn Hawa watu WA inheritance... Goodluck with Ms Monica... Huyu amekaa kusema move your own legs and get married yourself.

Btwn he got cremated and now they are asking for the will.......... Noooooo division of property ndio wanatafuta oooooh

@Raia this is stupidity because this is how HIV is spread Mutherfucker.

@Raia I can't speak for Ken Motley but some traditions need to be left in the past. Unless you regard women as property to be passed along like old china. Do you have any insights on my previous question?

I respect my culture, but this is nuts. They can welcome her into their family. Inherited and married off to the brother is pure madness. Respect the widow's wishes.

Clearly Sukari has you beat on the diplomatic front. Remember we can't all be super models and from what I've been told, love is blind (this should not be construed as a comment on anyone's looks)

@RAIA, I can speak for myself, get that "hut" mentality out your head. this is the kind of BS that is holding Africa/Kenya back.

This is 21st century in global village the whole world is almost digitally connected , with the satelites , the Twiter, Facebook ,whatsapp etc,and we call that preserving our CULTURE , well, I call that WEIRD!Lol!

Supposing no one in Luoland wants her?