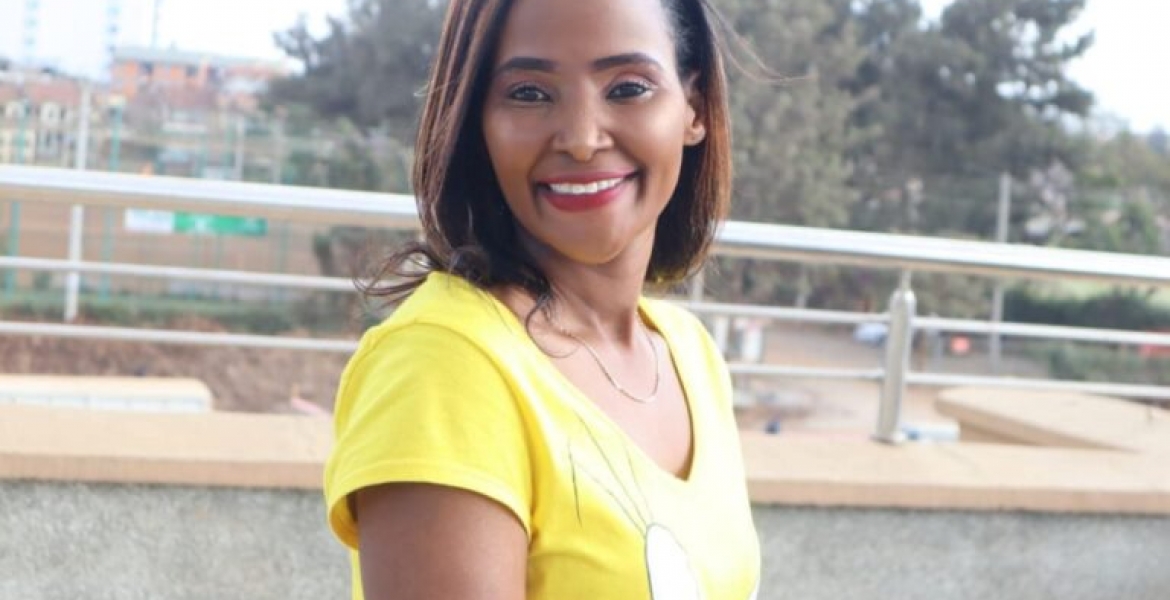 In an interview with Daily Nation, Anne said that she met Okoth before he was elected as Kibra MP in 2013 before their relationship turned romantic.

Anne said that she met the deceased when she was still working at Aga Khan Hospital in Nairobi as a nurse and Sonko Rescue Team. She said Okoth later asked her out on dates even as he prepared to launch his bid for Kibra parliamentary seat in 2013 elections.

In 2015, Okoth and Anne were blessed with a son and named him Jayden Baraka Okoth. The boy is four years old now. Anne said Okoth was always there for their son and was constantly enquiring on his progress even when he was ill.

“Being keen on education, he always asked how Jayden was doing in school and whenever he could he would check on his progress with the teachers,” she told Daily Nation.

On Thursday, Anne obtained court orders stopping Okoth’s burial or cremation until a case she filed on behalf of their son is heard and determined. She named Okoth’s mother Angeline Okoth, his wife Monica Okoth and Lee Funeral Home as respondents in the case.

Ms. Muthoni claimed that Okoth’s family unilaterally decided to have his body cremated in order to destroy any evidence of the boy’s lineage to the deceased.

“The mother and the wife (of the deceased) have deliberately and unfortunately opted to exclude me from the funeral and burial arrangements of Okoth,” she said in court documents.

Anne wants an order issued against the estate of the deceased, requesting for immediate payment of the minor’s school fees.

She also wants her son included in all burial arrangements, rituals, and traditions related to his father’s final send-off.

The matter will be heard on August 9th, 2019 before Senior Principal Magistrate Hon. Addah Obura.

Okoth succumbed to cancer on July 26th at Nairobi Hospital.

My question is in a culture of polygamy,and mipango ya kando that society seems to endorse why the secrecy?

Lesson learned. Incase you have a mango.. Just agree on some things especially inheritance and recognition. If Okoth didn't want to show her officially, why is she doing it herself..

If the affair was secret alive, then it should remain secret even in death. Clearly did not have enough respect to reserve a say for his son. PERIOD. MPANGO/SIDECHICK never declared the main deal.

If is was a secret when alive, then it should remain a secret even in death. Period. MPANGO WA KANDO/Side chick, never declared the main deal. Ulikubali kuwa makopo of the dude, then please do not disrespect the wife at this time of grief. I have no sympathy for her at all. Homewreckers who enter a relationship with married folk should not be spared... ati enheritance? He had no respect for you and that's why you remained in the shadows. As for the child...well, he is the innocent one.

Sukari siku hizi I'm on the opposite of the spectrum . I do not think the woman is a home wrecker. Why is she? She was not the one married , he was, so he is the homewrecker of his home and marriage . Who knows what lies he told her - If Sonko knew her , I have to say she was no secret. Usually men friends etc knows mpango wa kando esp if she is a steady one including the wife. You know and you know when, your man is out there getting entertained- it is not that hard to decipher. Ubaya was wanawake when you have the intel you keep quiet because maybe you rely on the man financially, you are staying because of the children , low self esteem, or you think he is going through a phase yada yada yada etc lakini there is not time a mpango wa kando is a secret per se.

@Formerly guest2, I agree with you that the homewrecker is the person who steps outside his or her marriage...That kind of language tends to absolve the offender from blame.
Reminds me of folks who miss the bus and say- basi iliniwacha,and yet the fellow arrived late at the bus stop.
Most importantly,marry only if you are ready to commit yourself to one person(or 2 if possible...",and also hope that the other person does same.Otherwise,yielding to temptation will be easy...Yes Iknow easier said than done.And yes decisions have consequence.Some far reaching.My two cents.

I agree @FG2. The lady was single, the married man strayed and wrecked his home. Why is the woman to blame here?

My guess is that Anne is probably from Nyeri. Kikuyus from any other part of Kenya don't marry women from this area.

Ask the Laikipia Women's Rep, who is in an open relationship with a married Kalenjin lawyer. These women are desperate, and will cling to any 'moneyed' man, who 'winks' at them. The 'relationship' will work, because the man doesn't really respect the woman, and that is why he does not publicly acknowledge her. And she only wants a child, not a man. But she cannot have a child, without a man. Besides, the man's genitals are 'safe', because she cannot cut off manhood that does not belong to her husband. That would be a crime!

Why is she going public with this mess. No sympathy for her, she wanted scraps, she got scraps. She should suck it up & move on. She wasn't smart enough to settle the matter when he was alive.

FG2..it's okay to differ, that's what makes a healthy debate. With the exception of Maxiley, most guys will jump at a chance to have a mpango wa kando and keep the wife. All I am saying is: If as a woman, I know a man is married, then the choice is mine to opt in or out of that relationship, but I get your point. Some don't get the chance to choose, could be a matter of a meal or not.....