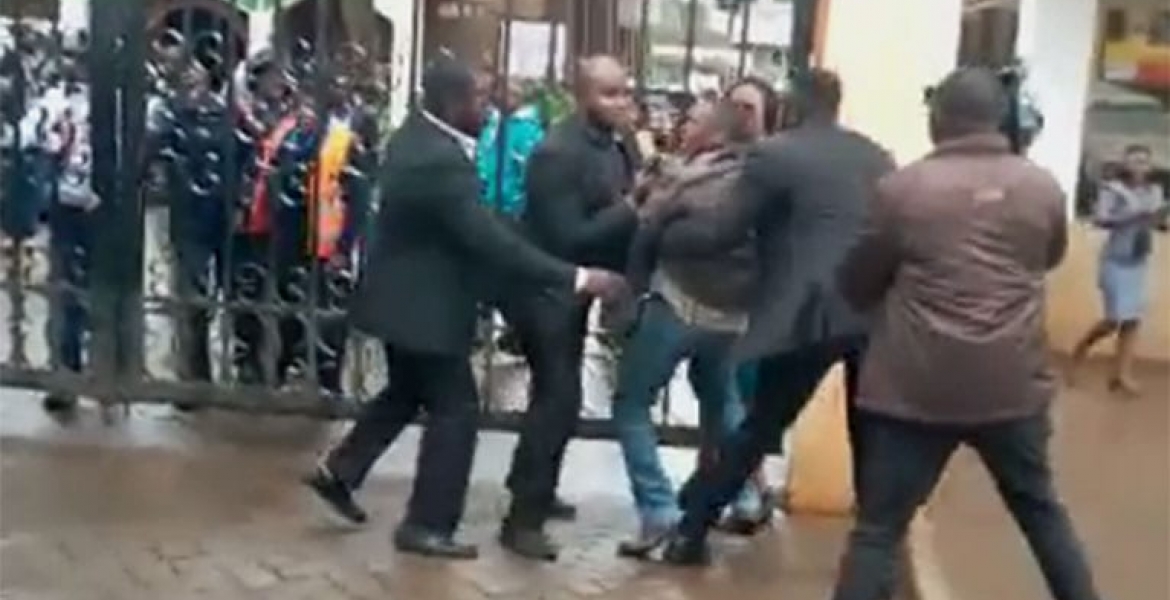 Drama ensued during a wedding ceremony at the St. James ACK Church in Kiambu after a married man was busted trying to tie the knot with another woman.

The Saturday ceremony turned chaotic after the groom's wife arrived at the church in an attempt to stop the wedding.

Reports indicate that the bride had hired several security men after learning that her lover's spouse was planning to disrupt the ceremony.

Things turned chaotic after the security guards forcefully blocked the groom's wife and her team from making their way into the church.

Journalists who moved to capture the incident were not also spared as they equally roughed up by the security men.

Reports indicate that the groom separated from his wife but they are still legally married since their divorce case is pending in court.

This is backwards behavior, Africans need to wake up. While they are being decolonized and China is stealing their countries wealth they wanna marry 2 wives?! For what? Hii ni upumbavu. Mafi ya kuku as kibaki would say.