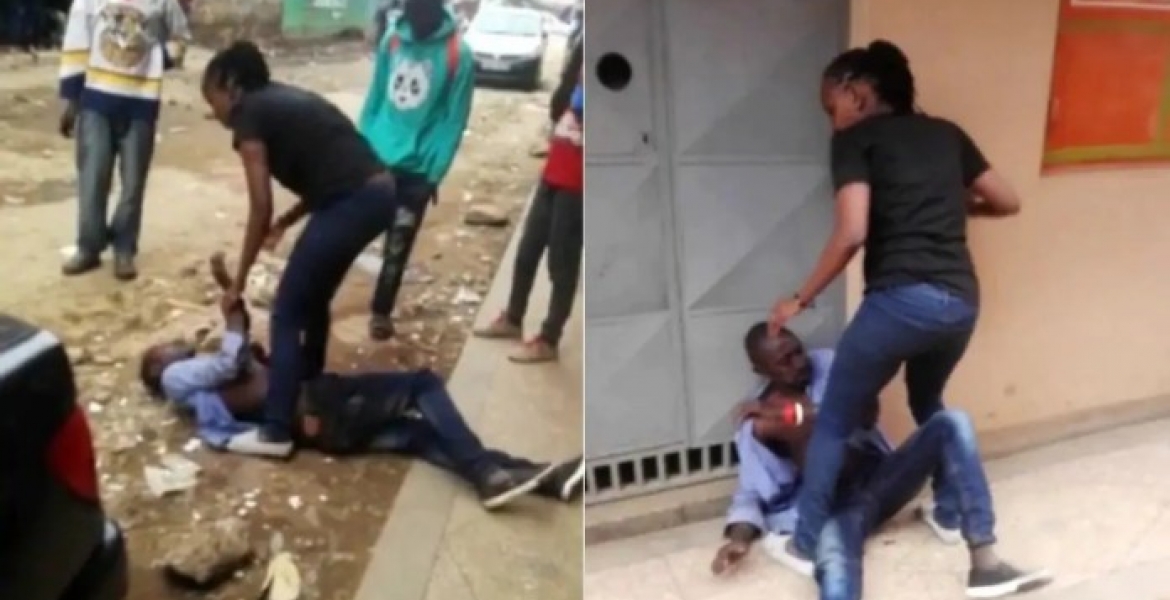 The Office of the Director of Public Prosecutions (ODPP) has launched a hunt for a city woman captured on camera assaulting a man who allegedly owed her Sh200.

In the video that has since gone viral online, the unidentified woman is seen slapping and kicking a seemingly intoxicated man as she demands her cash.

“Nipatie pesa yangu, magana meri (give me my money, two hundred shillings),” the woman is heard saying in the 45-second long video before raining him kicks and blows.

In a tweet on Monday morning, Director of Public Prosecutions (DPP) Noordin Haji said his office had initiated investigations into the incident and called on anyone with information about the incident to come forward.

“Calling on the public to provide details of this incident i.e perpetrator, location and date to inform appropriate action by the .@ODPP_KE.”

A Twitter user identified as Almuran said the incident happened on Sunday in Kasarani, opposite Powerstar Supermarket, at around 2:30pm.

calling on the public to provide details of this incident ie perpetrator, location and date to inform appropriate action by the .@ODPP_KE pic.twitter.com/dma8tzLJar

What will DPP Haji do if the guy/"complaint" declines to volunteer to make a statement?The most likely reason for those karate kicks and blows is gen Kiyuoya's refusal to pay for sex.No man can go to report a strange woman's(mostly a prostitute) bartering anywhere because his wife will definitely know which will course another Vietnam/Bosnia/Beirut war.

Maybe he needs the beating. What kind of man is he? This video is a clear example of what has become of young men in modern Kenya(more so in Central Kenya)- drunkards and drug addicts. Mbure Kabisa!!!

Well, if you cannot afford the service, keep off. There is nothing free in life.

Pple need to grow up ... what was this lady supposed to do ? Go to the police and say .. "mimi ni malaya pale moi ave .. huyu mlevi amenitomba na amekataa kulipa" ...