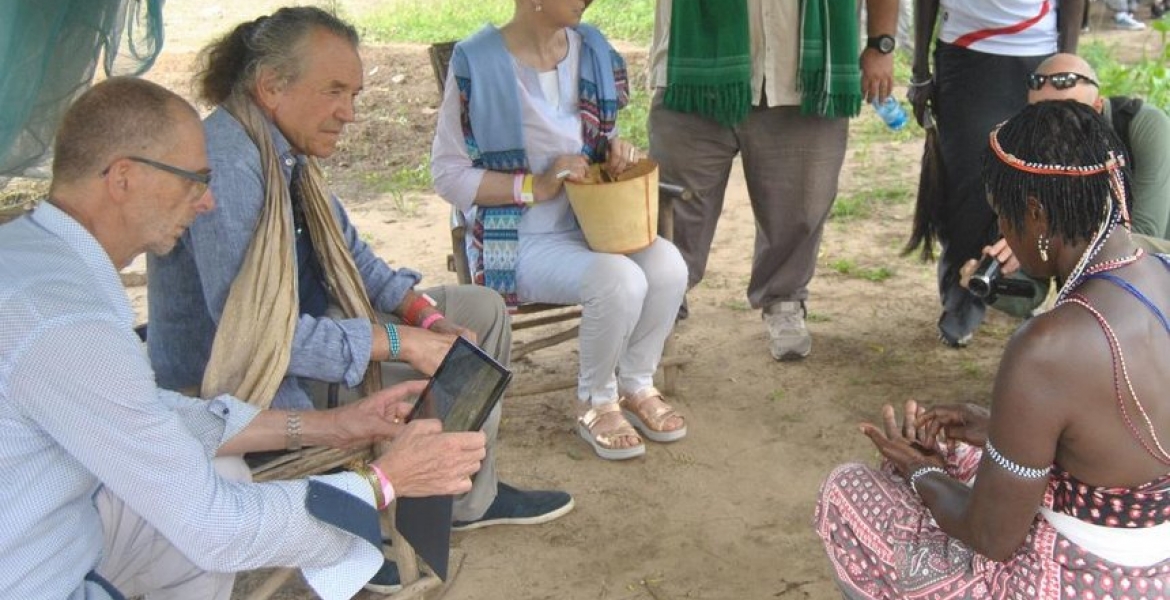 The foreigners, mainly from Italy, mostly seek treatment of chronic diseases and to establish the sources of their problems.

Over the weekend, close to 100 Italian tourists visited a cultural center in Magarini and parted ways with thousands of dollars in order to receive healing, says The Star. The guests are said to members of a yoga and herbalist fraternity in Venice.

Witch doctors who spoke to the Star said the number of foreign tourists visiting them in search of traditional healing has continued to rise year by year.

One tourist said he was told that he was experiencing challenges in life because he abandoned his parents in Italy.

Mario Jei and his wife Grazie, who are herbalists and yoga club owners with over 1,000 members in Venice, also sought the witch doctor’s services. Jei told the newspaper that he was directed to the Kenyan witch doctor through a dream.

Sidi Thoya, a witch doctor, asked them to undergo a traditional cleansing in order to be successful. They were also asked to return after three days for ‘medicine’ that will make them prosper.

How a bout partinership ..+254 kuna mambos..Jubillee brought in Cuban Doctors .n looking for translators Hapo Kilifi wateja wanacome na Witchdoctors are looking for Italian translator to cash in.$$$.hapa +1..ai sisemi kitu..pesa ya rahisi...just translate but here is when unasikia operation inafanywa kwa Maini inztead ya figo..or are tgey the same organs..cant make it to translation Job...What hapened in Kenyatta operating wrong patient..oops have gone out of topics with lots of errors..Karumanzilla..NKT 9ja will be there soon with voodoo

How can you translate witch doctor’s language to an Italian. The last time l visited a witch doctor, l heard bruuuu shshsh pkikufds....

They are looking for mungwana.Mostly want to tie Men spiritually to be loved..THESE DEMONS ARE.NOT GOOD..THEY ARE FISHERS OF MEN.LIKE MAN USES HOOK TO CATCH FISH WITH LITTLE MEAT AND SOMETIMES FEED FISH . DEMONS OPERATE WAY.

Classical example of man trying to unravel the unknown- here.No matter how many Phds one has,or how ignoramus one is, the "fear of unknown" grips them pretty much equally.Some will resort religion, others to witch craft,and other to SCIENCE.Most will follow what was handed down by forefathers,and try to pass it on to younger generation.These wazungus are open minded. We should all be.That is the scientific way.No body Iknow has a crytal ball...yet