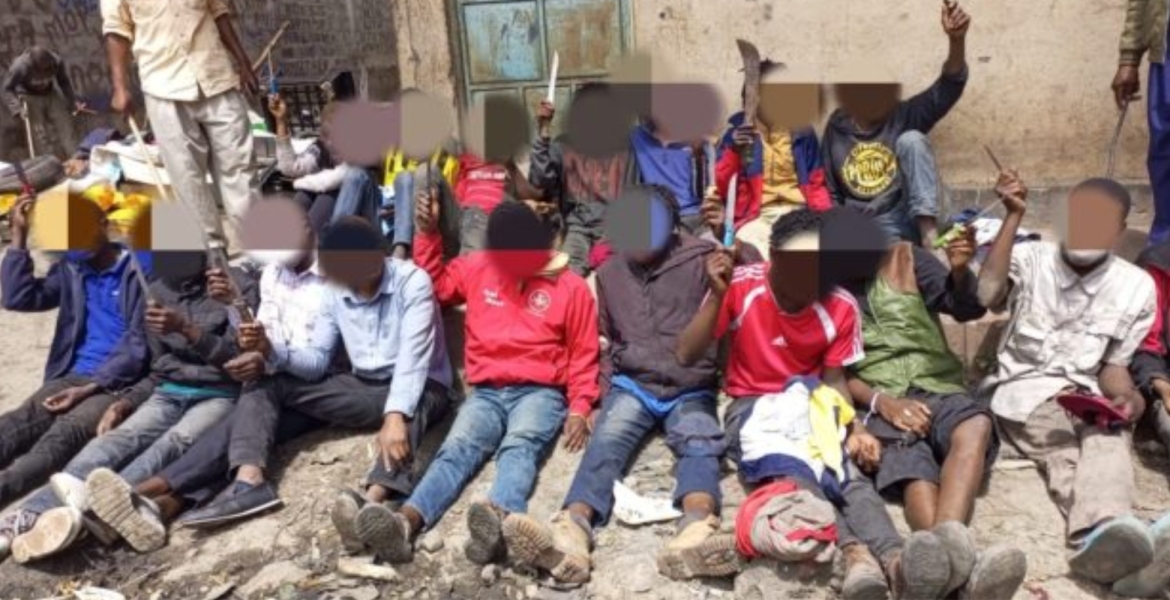 Police in Nairobi have arrested 16 suspected muggers in the ongoing crackdown on criminal elements within the city.

The suspects were smoked out of their hideout within the Transami area in Embakasi on Friday, according to the National Police Service (NPS).

“We appreciate the unwavering support and partnership with National Government Administration Officers and members of the public who immensely contributed to the success of this operation,” NPS said in a statement.

The arrest comes two weeks after Interior Cabinet Secretary Kithure Kindiki and Inspector General of Police Japhet Koome declared an all-out war on gangs of muggers and other violent crimes in Nairobi following a public outcry on increased insecurity.

Police this week also arrested six suspected muggers in Mathare slums. The six, aged between 20 and 26 years were flushed out of their hideout in Mathare 1 area by police officers who were on patrol.

They were found in possession of eight rolls of bhang and four knives.

“The NPS remains unrelenting in the protection of life and property as security operations in various parts of the country intensify,” NPS noted.

Smoke out them criminals! Wananchi must live in peace!!!

Don't jail them, send them to work with the NYS building roads, cleaning towns, helping in hospitals and schools, catching other criminals, establish government farms for them to work in, AND PAY THEM THE MINIMUM WAGE. It will work wonders and eliminate crime.