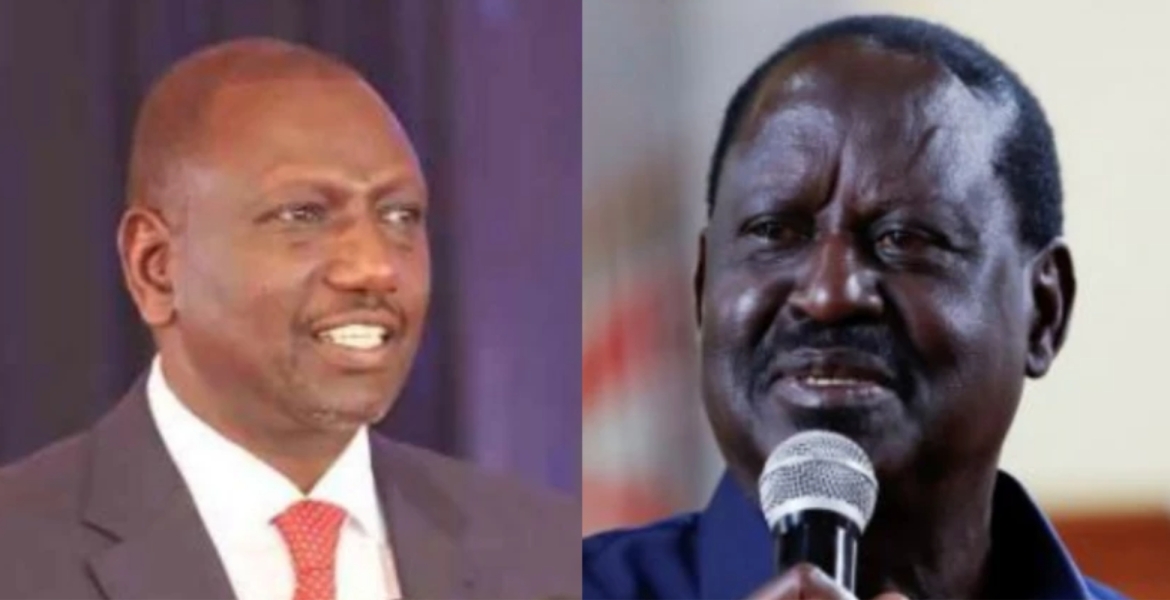 President Ruto and opposition leader Raila Odinga on Friday engaged in an online war of words over the ongoing quest to remove four IEBC commissioners from office.

The four commissioners; Juliana Cherera, Irene Masit, Francis Wanderi and Justus Nyang’aya disowned the results of the August 9th presidential election, terming them opaque. Four petitioners want the commissioners ousted on grounds of gross misconduct, abuse of office, and violation of the Constitution.

On Thursday, Odinga termed the ongoing probe against the four by Parliament as politically motivated and a continuation of the witch-hunt mission President Ruto is on.

"The injustice being inflicted on the IEBC commissioners will mark the beginning of a massive pushback against Ruto and those who think like him. We will openly and robustly lead that pushback…It will turn into a nasty partisan fight at a time we need to unify the country,” said Odinga.

But on Friday, Ruto told off Odinga and other Azimio La Umoja One Kenya coalition leaders, saying they should give Parliament an opportunity to hold the four “rogue” commissioners to account.

"The lords of impunity, who destroyed oversight institutions using the handshake fraud, should allow parliament to hold rogue officials who put the nation in danger by subverting the democratic will of the people to be held to account. New order is RULE of LAW not wishes of big men," Ruto tweeted.

In a quick rejoinder, Odinga maintained that the Executive should not interfere with the affairs of the Judiciary.

"There is due process and natural justice, things aren't just done at the whims of the executive. The rule of law must prevail and not your jungle laws that you want to institute so as to subjugate Kenyans to a conveyor belt system of elections come 2027. We shall not relent," Raila tweeted.

The National Assembly's Justice and Legal Affairs Committee began hearing the four petitions filed against the four commissioners on Thursday.

On this I don't support Odinga. The four were not impartial and were serving to please the incumbent president who favoured Odinga. They needed to go ASAP. A new impartial commission will hopefully be formed but that will be hoping against hope. Not in Kenya.