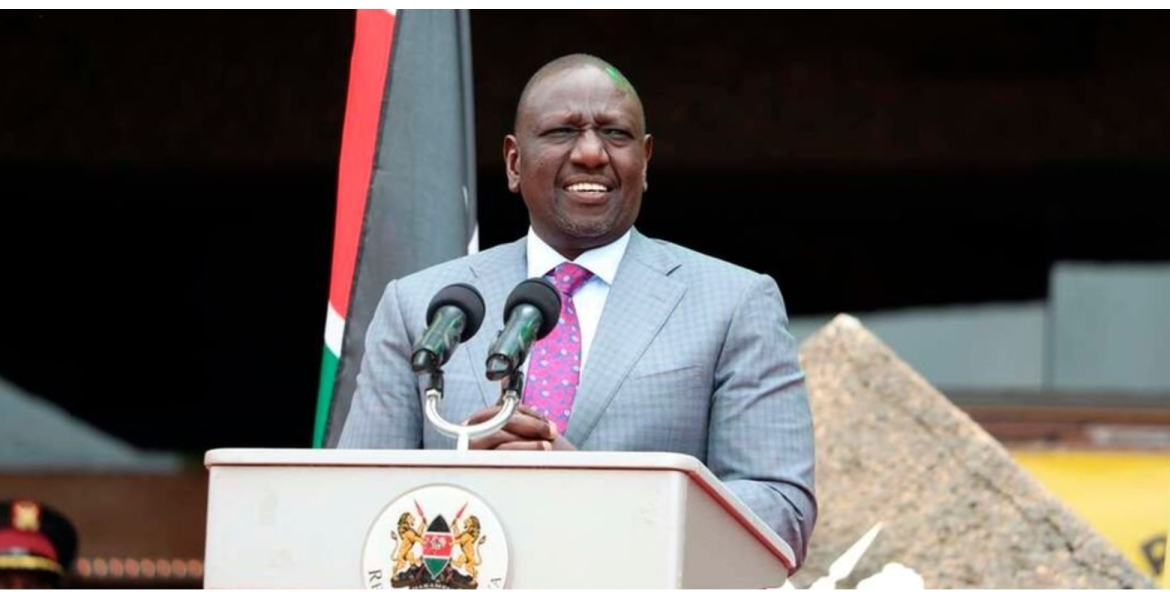 Ruto, 55, will be sworn in on Tuesday after the Supreme Court on Monday unanimously upheld his win in the August 9th presidential election in which he garnered 7,176,141 votes, representing 50.49 percent of the total votes cast.

The Constitution states that the President-elect shall be sworn in seven days after the apex court validates his victory following an election petition.

Business Daily reported that the National Treasury allocated Sh200 million to the Assumption of Office Committee which facilitates the transition of power from the outgoing president to the president-elect.

“The allocation of Sh200 million under the Executive Office of the President is provided for in the National Treasury for Assumption of Office activities,” the Treasury says in a report on the Pre-Election Economic Update.

The Assumption of Office of the President Act stipulates that the president-elect and deputy president-elect shall take oaths of office between 10.00 am and 2.00 pm on the identified date. The law mandates the State to declare the day of the swearing-in as a public holiday.

The oath of office is administered by the Chief Justice alongside the registrar of the High Court.

Once the president-elect takes an oath, the outgoing president is expected to hand over the instruments of power such as the Constitution and the sword of power before leaving for State House to officially hand over to his successor.

I dont mind celebrations,and all the pageantry that go with swearing in the new president,but I think 200million shilling is a bit extravagant for just one day.With all the technology at our disposal, I think good planning would make virtual swearing just as valid,and successful.This is one part that the fat could be trimmed. Alternatively,have the rich friends fund the event.If one rich fellow from TZ can pay over a million to a musician to croon for ten minutes, certainly the like can do much better for a celebration like this one...
Yeap, draining the swamp,and trimming the fat would easy alot of pressure on tax payers.Sounds counterintuitive...

Now let's Hear from @Rotten👺 and @Juju👹 aka @Sokwe🥸 and Sokora🤓.

This man (Kipchirchir Samoei) spent about four years campaigning to be the next president while using all the state resources and facilities. Very unfair. If you gave me the same opportunity and facilities, I would win the presidency of Kenya in less than a year.

You stood Imara Daima for Ruto against Raila and You're now Complaining??? Some of You people are Very annoying Flip-Floppers.

I remember a story that was circulating here in the US somewhere around 1984 regarding President Moi and Ronald Reagan. Nyayo wanted some millions in US aid and Reagan told him he can't honor that request because he himself Nyayo had a salary 4 times bigger than Reagan's. Need I say anything else?

Two former governors ,one in Florida ,and the other in California never took any salary for the duration of their reign. Granted that they were already rich,they did not have to forfeit their salaries. Some of our leaders are very rich,why cann't they emulate these two governors?

Simba Arati Kisii Governor was allocated 50m for his ceremony he refused chose to spend 3m rest went to medicine in dispensaries..the county had payroll of 252 drivers instead of 82..vehicles virtually having comprehensive insurance while kwa ground ni Zero..corruption in Kenya..I wish there is solid medication watu wapewa be it wakuwe majizi..I cant Imagine what hapens huko top top

Gov Simba Arati slashed swearing in budget and I hope Ruto could do the same in these hard times. Elections have caused two public holidays already which is less productivity in the economy.

Shs 200m. and holiday for what?Some crooks led by majambazi Matiang’i,Karanja etc have already EATEN 3/4 of the amount as farewell to the civil service.But how come none of those complaining criticized jambazi Uhuru when he chartered a luxurious jet for shs 50m to pick muuaji Raila from Dubai?How come no one voiced opposition when PRIME MURDERER Raila campaigned for five consecutive years before the 2012 elections wasting public resources in the process?It is a pity that those complaining pretend not to know that hungry billionaire Kenyans millions were wasted in the recent concluded Raila’s presidential election petitions.

Should have lowered the cost because this is just a four-hour function, however, I just learnt that ya incumbent ilicost 300M!. Tutafakari hayo.