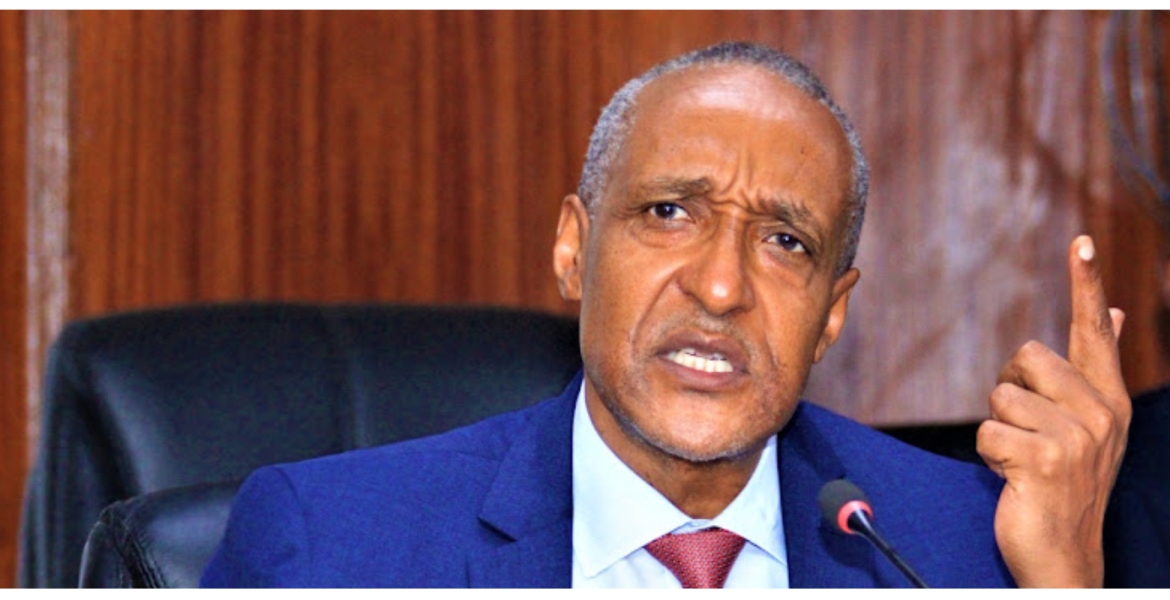 Foreign Affairs Principal Secretary Amb. Macharia Kamau has irked Kenyans on social media over his comment on the mistreatment of Kenyan domestic workers in Saudi Arabia.

PS Kamau made the comment after a Twitter user named Lizz-Ntorinja Mutuma questioned why the government remains silent and has never addressed the mistreatment of Kenyan workers in the Middle East.

Mutuma’s tweet was in reference to the latest incident where 24-year-old Diana Chepkemoi, who is ailing, was being held by her employer in Saudi Arabia against her will.

"But for how your long will our sisters continue being enslaved in the middle east? Does it have to always get here for Gov't to intervene? How many lives have been lost in the past? Still, these rogue agencies that send these young girls out there exist? What is being done?" Mutuma posed on Twitter.

In response, PS Kamau defended the government and instead blamed Kenyans for ignoring warnings against sending domestic workers to Saudi Arabia.

"Please. We have told Kenyans repeatedly to stop sending this category of workers to Saudi. You’ve chosen not to listen," PS Kamau said.

His response rubbed up some Kenyans on Twitter the wrong way.

@ANewDawn2020 tweeted: “Stop being an escapist. Who licenses those agencies after paying the fee? Who gives the workers visas? Is not the government? If you had an iota of shame you wouldn't shift the blame but take responsibility!”

@WachiraLynne said: “Privilege really is quite something, “You have chosen not to listen”, you poor people. Some of the young girls going to Saudi come from so deep in the villages and some have never heard of these warnings. Take action against agencies or compel Saudia to treat Kenyans better.”

@KennethWaKibe quipped: “If this is the kind of reasoning coming from an ambassador, then we’re screwed! I expected him to come up with tangible solutions like we are negotiating with Saudi govt. over slavery & labor.”

@tichophil posed: “OK Ambassador whoever. Question, who then constantly, continually licenses these very agencies that take Kenyans to Saudi? You work for us & your work should be to protect us. Your work should be to take a very hard stance at the Saudi government but instead, this? What a waste!”

If the government facilitates the workings of the agencies that send our sisters to be mistreated,and enslave in the Arab world, they should bear the brunt of the blame. Our representatives in our foreign matters in that part of the world appear to be cowards.They should confront the relevant government authorities in these Arab world and demand compensation for the enslavement.All our sisters want is humane treatment,and respect as human beings.Is that asking too much?

It is not that they are cowards, they are accessories to this heinous crime of enslaving the vulnerable daughters of poor citizenry. Uhuru should be ashamed for letting all this crap go on for this long.

Unfortunately I think he is right to some extent. Nothing Arabs do to Africans is a surprise. I hate to generalize but when have Arabs been anything but malevolent evil parasites when it comes Africans? Why go when you are aware these are not benevolent people but people who despite being lazy underachievers who lucked into oil think they are superior to us.

@ Mundumugo, I like this to the government's bureau of standards.If your product would harm consumers,you dont get the license...You get my drift?

@ Mundumugo, I like this to the government's bureau of standards.If your product would harm consumers,you dont get the license...You get my drift?

Let's face it, Saudis can do what they want and no one will do a damn thing about it. Why? they control a huge portion of what the world needs; oil. How many people in the world know they have been waging a war in Yemen? Even the US looks the other way. A small country like Kenya try to pressure those people is the equivalent of watering a desert using a tea spoon.

@Mlandizi, well said. In the animal farm, some animals are more equal than others. Saudi Arabia & Israel have a free pass to do whatever they want.

Our country is full of "talkers" and few doers - most in private sector: kiosk owners, mitumba traders and hawkers. These hustlers wake up and DO something. But civil servants pass time waiting for a salary.

A functional FA ministry would have crafted rules to protect these maids.

When our government wants to act they can, they built the railways and tollways and are rolling out digital everything including license plates. And the motivation in these mega projects is - kickbacks, but there's no kickbacks in exporting maids.

I said before that the immediate former speaker and a bunch of MPigs left for a fact finding mission to Saudi Arabia and came with a statement that all is well! Kenya government is for hire!...they can't resist the Kashoggi butcher's enticement. Trump went there begging for business, Mzee Biden swallowed his words and went theere to beg for oil.., all this time we see bony Yemeni kids dying from the 2 fronts; the Saudi bombs and the imposed starvation.. God come back now.The world is too rotten for redemption

You cast your votes on the wrong leaders. They in turn do nothing for you then you wanna cry foul when the same leaders do nothing to help you? Kenyans pia nyinyi ni wajinga tu.