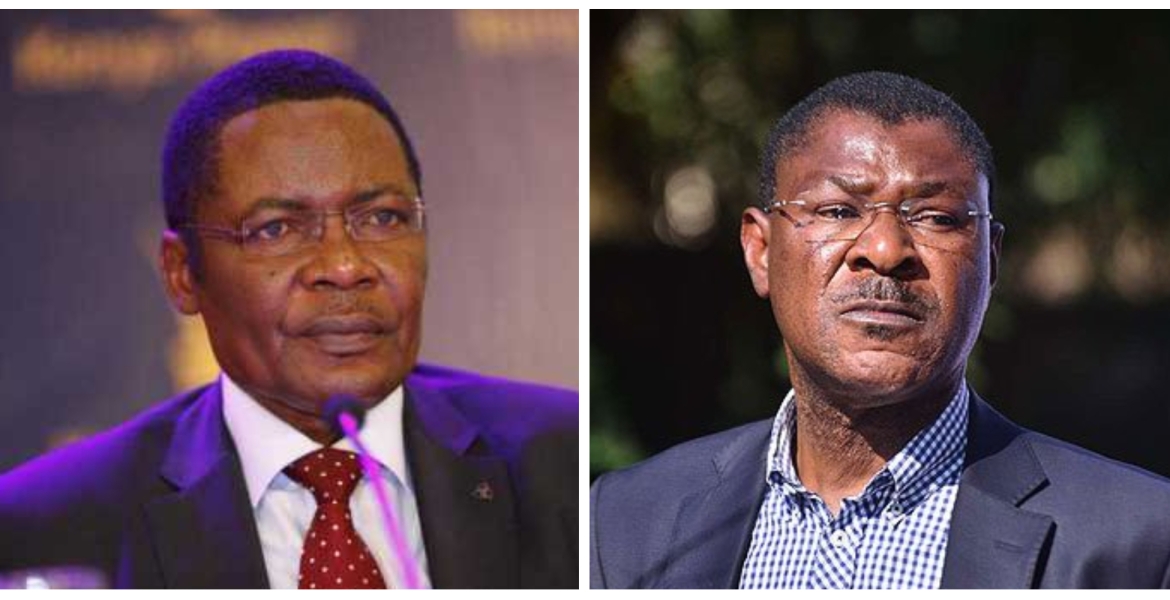 Raila Odinga-led Azimio La Umoja-One Kenya coalition has settled on Kenneth Marende in the race for the National Assembly Speaker.

“Azimio coalition has decided to front Marende as our candidate for the National Assembly speaker. We have decided to go for someone who has been tried and tested, someone who understands the operations of Parliament,” Mohamed told Sunday Nation.

“We are going to formally communicate this to all our members by Monday. All the coalition partners including Wiper leader Kalonzo Musyoka are in agreement.”

Wetang’ula, who will have to resign as Bungoma Senator, was nominated by President-elect William Ruto’s Kenya Kwanza Alliance. The coalition has proposed former Kilifi governor Amason Kingi for the Senate Speaker seat.

In the Azimio agreement, Kalonzo Musyoka’s Wiper Party will produce a candidate to run for National Assembly deputy speaker, while the Senate speaker candidate will come from the Coast or the pastoralist community.

In a notice, acting National Assembly Clerk Serah Kioko said candidates interested in the speaker post must submit their applications at least 48 hours before the election.

“Please, also note that candidates shall be required to submit a letter from the Independent Electoral and Boundaries Commission evidencing the fact that the candidate is qualified to be elected as a Member of Parliament under Article 99 of the Constitution and that the candidate is not such a member, in the case of the position of the speaker,” states the notice.

While Azimio secured a majority of 167-158 over Kenya Kwanza in the National Assembly in the just concluded election, Ruto has since courted some Azimio MPs-elect and independents.

Marende has had his reign, it’s time for fresh blood on the hot seat!

It's time to see how democracy plays out.
The deciding factor of this year's elections was wetanguula, he delivered.
But from what I've been reading about Ruto carried the day plus whores are flocking to his back yard, the independent candidates etc, so wentanguula will be the next speaker,hands down.