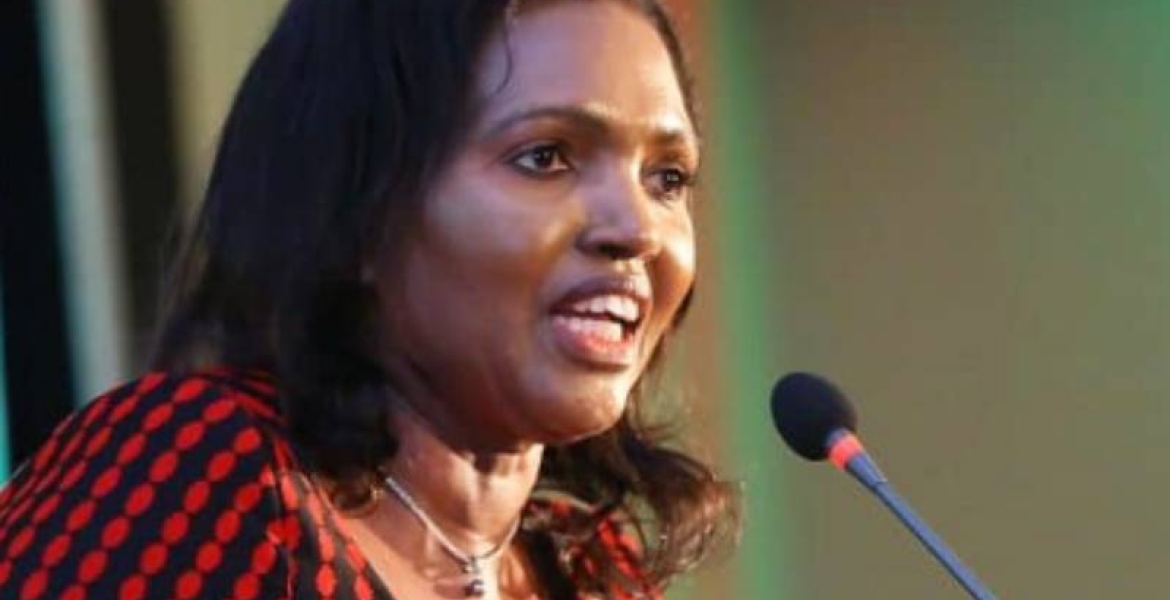 Nakuru senator-elect Tabitha Karanja Keroche has called for the introduction of a kitty for senators to fuel their vehicles.

Speaking at an interdenominational church service at Larmudiac High School in Njoro, Nakuru County, on Sunday, Karanja appealed to President-elect William Ruto to create the kitty once he assumes office.

The newly elected senator argued that the Senate office is highly underfunded, saying that they need fuel to traverse their counties.

“I have taken up this Senate job and I have found out that there is not even a small fund one is given. I need to traverse everywhere, from Kuresoi South to Kuresoi North, to advise the governor on value addition matters,” Karanja said during the service attended by Ruto and other Kenya Kwanza leaders.

“I want to humbly request our fifth president to look into the Senate kitty and put something in it, something small to fuel our cars so that we can monitor the county and leave a mark when we are leaving our offices.”

In Kikuyu we call them mahuru. They want to gobble everything in sight. Between your salary and your beer wealth sans taxes, you still want more. Blaly fool.

Bad timing, bad venue....but her job requires her job, if not abused, calls for movement from one place to another....

our choice .We voted for them to punish uhuru who is a billionaire and does not give a hoot how we fare. Mt kenya pretended they were for Raila , were against thieves but they had a mau mau style of campaigns . at least mau mau was for good cause

Why are you in church talking about fuel kitty.what are the congregants to make of this?I would expect that kind of talk in bars or at best in parliament corridors...They are there for spiritual corral ...

@Maxiley did you not know that the church transformed to a political party taht is why politic discussions are not taboo. who do you think campaigned more for Ruto? it is pathetic that the Karanjas billionares will become trillionares at those who voted for them cost . we want to remove dynasties by creating new and more hungry ones . Kihika Kimani the father of nakuru governor collected money for shama to buy land thosed days was called 'society' when the land bills were cleared the members did not see it . My brother was one of the share buyers .He was not alone same happened to Waruru Kanja who fortunately with money left bought a new farm now called marura in Nanyuki a baren land but at least some place to build a hut and call it your own

That's what is wrong with the churches.To me if Jesus set an example for the churches/christians to follow, they have failed miserably.Churches are no longer sacrosanct. It's bad enough that our politicians go to funerals to campaign instead of commiserating with the bereaved.
Is there any wonder that our norms,and morals have gone to the dogs?There is no more moral guidance.The only thing that is putting people in line is the law,but some have managed to circumvent it with impunity.

The dogs have started salivating for the coffers on day one before the grand thief has been sworn in!! Loh, ngojeni hamjaona kitu. Let me get some popcorn for the next coaster ride watching Kenya get scavenged to the bones!!! Hahahaa mlichagua Ruto and shunned Raila just because he is a luo?? GEMA tulitupa mbao!!! We will regret!!!

A billionaire near Nairobi saying this before being sworn in. She didn't do her math.

These fools cannot give us a break with their nonsense. Ati they need to drive from North to South to advise the governor, have they never heard of a phone call, whatsapp, zoom, email and others. Furthermore they need to sell those gas guzzlers(v8) they drive and get some fuel efficient options

"Tenderpreneurs, start your engines!" Tis the season to gorge from the public treasury, it is going to be a long 5 years, folks.

These are the Kihikas. Raised, bred and educated using public funds. Susan Kihika has already told her sister where the mali ya bure are. How to make money without doing anything. Instead of thanking her voters for foolishly voting her in, she start exhibiting the greed culture. Susan Kihika and her step sister, Tabitha Kihika. Their father was the greatest thief Kenya have ever known, only after Moi, Biwott, Angaine, Mudavadi Sr, Mwagale etc. Kihika, while masquerading as an advocate for the poor, took over ex-colonizers' homes and land, stole the cream of the loot eg, farm houses, grade daily cattle, beef cattle and sheep from targeted areas of Molo, Njoro, Nakuru North or Bahati areas, and Laikipia. Mmmmmh, now you think ruto will help you to evade paying taxes? Ok.

some of it was stolen from members who bought shares in society which Kihika kimani was the chairman. My brother never saw an inch of that land but time will tell unfortunately it is the children of the children who pay the price . why does God act that way .It is not fair

Let the 5 years begin - I will be sipping tea and watching the greed rise to a higher height. You get what you choose.

Let the mega fleecing of the dead cow resume in full blast!
When I apply for a job, the employer gives me the wages I expect to make!
They do this so I can make an informed decision whether to take the job or leave it!
I don’t go back and claim how unfair the deal is, after the fact!
If Mrs Keroche doesn’t like her pay, she can quit!!

I agree with her. If it's a government issued vehicle, fine. If it's personal NO.

@kora Kanini,you are right.If you are traveling on business for the boss or the government, you are entitled to reimbursement for the mileage,and other attached allowed expenses. The issue I have with the likes of her is taking that matter to be part of the "sermon", in church, instead of her party meeting.

First order of business....how do we separate tax payers from what little they have. Still a senator elect and already plotting for taxpayer funds. With all the freebies senators get, can't they afford fuel?

Dumb Kenyans. Here comes the vultures!!!! These are not human beings. They are animals, literally. They elect these bloodthirsty vultures. They are ready to suck the remaining blood from the wananchi on day one. This is what you get. Bloody suckers. Vultures!!!!! Five years of this and we are all going to the crazy house. Mad house, I tell you.