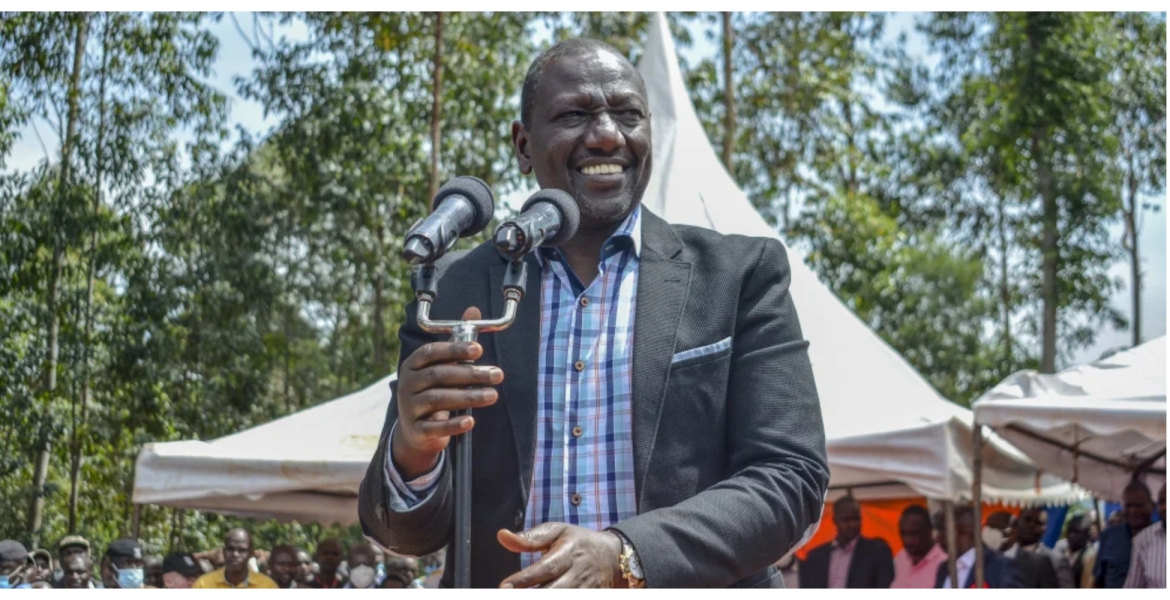 President-elect William Ruto says he will accept the Supreme Court verdict on the petition challenging his victory in the August 9th presidential election.

Ruto, who spoke on Sunday at a thanksgiving service at Larmudiac High School grounds in Njoro, Nakuru County, said Kenya must be a country that respects the rule of law and the institutions established under the constitution.

“It is very important that even as we move forward as a nation, we agree that Kenya is going to be a country based on the rule of law,” said Ruto.

“We respected the IEBC when it made its decision. Since we are a country guided by the law, we shall respect the decision made by the Supreme Court tomorrow.”

The president-elect also urged Kenyans to pray for President Kenyatta so that there will be a smooth and peaceful handover of power.

“We have a custom in the country, that every outgoing President exits peacefully, and that’s how it will be,” he added.

The country’s highest court is scheduled to deliver its ruling on the presidential petition on Monday following a three-day hearing that concluded on Friday.

Ruto was declared the winner of the August 9th presidential election after garnering 7,176,141, representing 50.49 percent of the total votes.

Ruto knows he stole the 2022 election from Raila. He should not have a problem accepting the verdict to nullify the election.

Ruto must be a genius, how did he steal election from the deep state that have the system??? a little common sense is needed before accusing someone.. Ruto serve a God who's name is above deep state and all their games!

The power will not be handed over to Ruto this time around. Anyone who compromises elections is not fit to be president. Prepare to head on to Sugoi in peace Ruto lol.

The Supreme Court shall nullify the 2022 elections tomorrow, and Ruto will be barred from participating in any future elections in Kenya.

Ruto stole the election and now he is asking Kenyans to pray for those who did the right things. You know, even Satan was an ArchAngel to God the Father, and so he knew how to stir the hornets nest as he tried to destabilize the Kingdom of God.

Ruto is no different and God will not allow a demonic Lucifer to prevail in the coming judgment.

Ruto is using the name of God in vain. He is blaspheming God, and hoodwinking the faithfuls. I really doubt if ruto knows God. Ruto has turned God into a commercial entity which he uses to fulfill his greed for power and material things. I am really surprised that many Kenyans have easily been deceived WSR to think he is a Christian man.

Ruto,You will be the president of Kenya tomorrow. Don't let us down! There is no any other possible out come as the Azimio people had nothing in way of evidence; they were merely using a bunch of words instead of tabling the evidence, they were just fishing: may be, perhaps, theoretically and we predict that-- instead of hard solid evidence that the supreme court and our constitution require. We cannot have a lay man in Kibra and Kisumu saying, I think Raila won and a learned Azimio lawyer telling same romours in court; "may be the form 34A was changed". You must proof it.You cannot dupe the court. Raila is our violent,nasty-dirty past and we're glad to discard it and say good riddance. Tomorrow is the begning of our better, peaceful and prosperous Kenya-for all. God bless.

How did President Ruto stole elections from deep state that have the system? He must be the most genius Human being we have, But Joab and the rest accusing Ruto, this should make you know Ruto serves a God who's Name is above deep state and their system, Above all the delusional accusations and tomorrow The Same Name of God we serve, will uphold his victory! I love Uhuru but raira niathie akiumaga.

It is quite amazing how many people here are against Ruto and believe that Raila won the election! I don't care who wins as long as they have the interest of mwananchi. It doesn't take a person to understand law to see that Orengo and the Azimio legal team were completely trumped by Ruto's legal team. Azimio legal team did not do their homework and honestly I was so amazed that they were so far off from convincing a learned team like the supreme court judges with the material they had. Considering they had heavy weights helping them including Dr. Makau from US. There is no question that all the conspiracy theories by Azimio legal team were disintegrated by Ruto's legal team. Counsel Mahat handed them a reality check! At the end of the day the supreme court judges will be the ones deciding on this today in a few hours so let us wait and see.