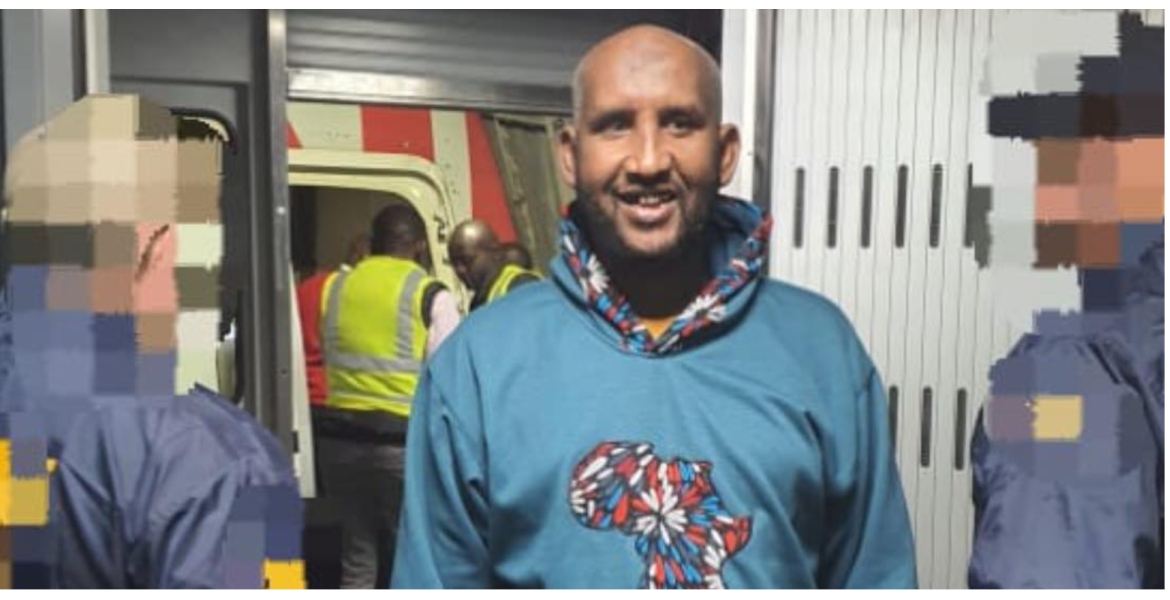 A Kenyan fugitive wanted for wildlife and drug trafficking has been extradited to the United States to face charges.

Ahmed is wanted in the US after he was charged in an indictment alongside Moazu Kromah, Amara Cherif, and Mansur Mohamed Surur for participating in a conspiracy to traffic in rhinoceros horns and elephant ivory, both protected wildlife species, valued at more than $7 million. This involved the illegal poaching of more than 35 rhinoceros and more than 100 elephants.

Their indictment followed a joint investigation by the US Fish and Wildlife Service (USFWS) and the Drug Enforcement Administration (DEA) where a federal grand jury in the Southern District of New York charged Ahmed and his co-conspirators with conspiracy to distribute and possess with intent to distribute one kilogram or more of heroin.

Ahmed was arrested by DCI detectives on August 3rd in an early morning raid in Maua, Meru County, where he was staying in a rented room.

His arrest followed the arrest of his accomplice Badru Abdul Aziz Saleh, alias “Badro” on May 31st, a week after a reward of $ 1Million was announced by the U.S. Department of State for information leading to the arrest and/or conviction of the two for participating in transnational organized crime.

Kromah (49) Cherif (54) Surur (59), and Ahmed (56) were members of a transnational criminal enterprise based in Uganda and surrounding countries that was engaged in the large-scale trafficking and smuggling of rhinoceros horns and elephant ivory, according to an indictment in a case handled by US District Judge Gregory H. Woods.

From December 2012 through May 2019, Ahmed and his co-conspirators conspired to transport, distribute, sell and smuggle at least approximately 190 kilograms of rhinoceros horns and at least 10 tons of elephant ivory from various countries in East Africa, including Kenya, Uganda, the Democratic Republic of the Congo, Guinea, Mozambique, Senegal and Tanzania, to buyers located in the US and countries in Southeast Asia.

Small fish in the ocean.
What happened to the kingpins?
Wasn't that why Saitoti died?
Eradicating drug needs to start from the top. CUT THE SNAKES HEAD.

Africans need to quit this BS. Prosecute and lock this punk up at kamiti, why do we have to rely on foreigners for justice? Their citizens come here, abuse Kids and are locked up at home. WTH