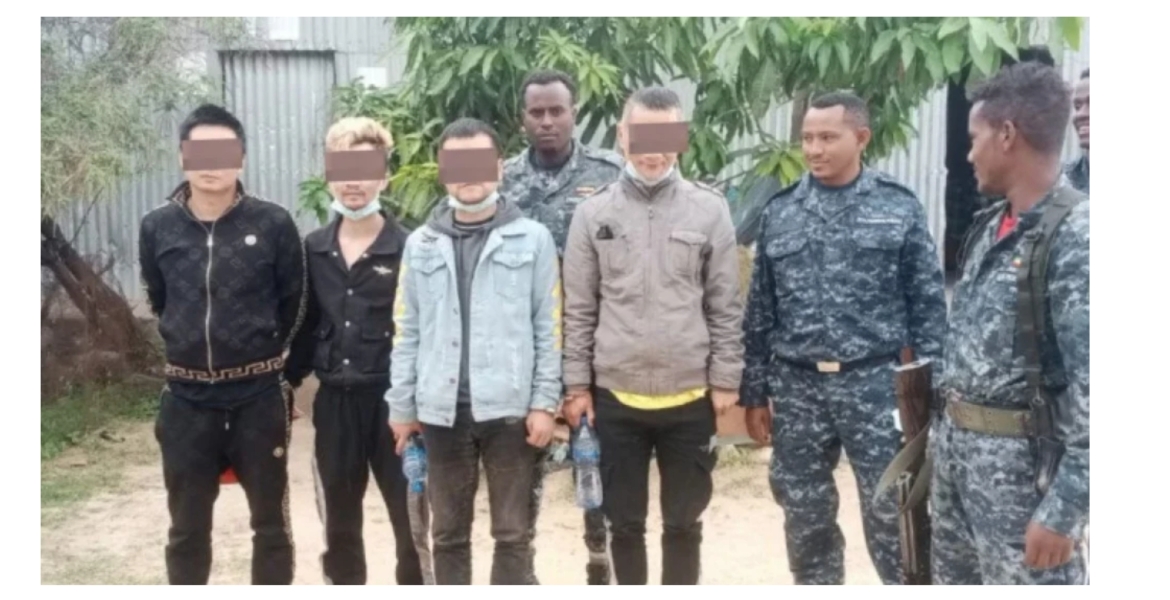 Kenyan authorities have handed over four Chinese nationals wanted in Ethiopia for the murder of their compatriot in Addis Ababa.

The four are accused of killing another Chinese national identified as Fu Hui at a Chinese restaurant on the fifth floor of Tolosa Legesee building in Addis Ababa before fleeing to Kenya, according to The Addis Standard.

EFP National Interpol Director Tsegaye Haile said the suspects were arrested following a synchronized information exchange between Addis and Nairobi, 24 hours after the Ethiopian police placed a ‘red notice’ alert on the four. Investigations into the alleged murder are currently ongoing.

The handover of the four Chinese nationals comes on the back of a meeting between Kenya’s Inspector General of Police Hillary Mutyambai and his Ethiopian counterpart Commissioner-General Demelash Gebremichael at EFP Headquarters in Addis Ababa in February where they discussed various matters including how the two counties would cooperate and work together to fight regional and transnational crime.

Why cover their faces? They are murderers and the world needs to see and identify them.

Alleged/suspected murderous as of yet until proven guilty!

How do you know if their isn’t a foul play? Wait for the truth to be unearthed.

Only dog eaters get their faces ‘censored’?

If the 4 were KENYAns, their Faces would be All over KENYAn media.

Before granting visas to these thugs how about a basic background check.It is said there are Chinese doing the most menial jobs nowadays just goes to show the inefficiency of the so called Kenyan immigration system it is one thing for an Ethiopian to sneak over but these people obviously look like they do not belong even if they used a panya route they paid money to be transported.We are now importing murderers border security is a big joke.

Why hide the murderers faces?

They should just be dealt with by the full wrath of the law, deported then never allowed back.