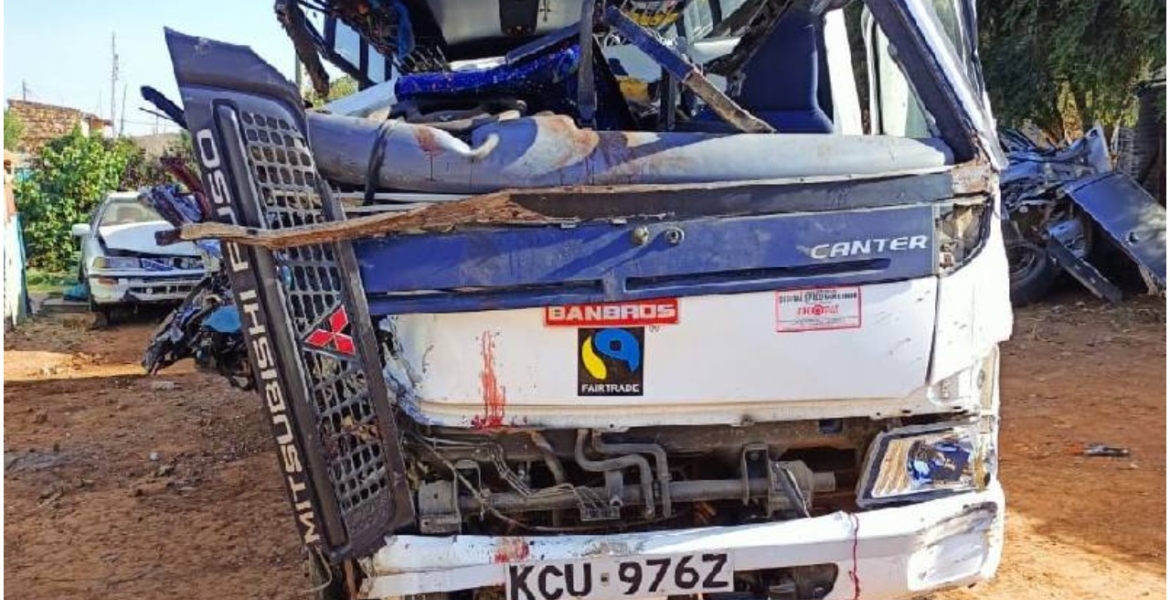 Eight people were killed in a grisly accident along the Nairobi-Mai Mahiu highway on Saturday morning.

The 2:00 am crash occurred near Mafuta Taa centre after a minibus collided head-on with a lorry that was ferrying sand towards Narok, according to Naivasha police commander Samuel Waweru.

“The minibus driver swerved on the right side of the highway colliding head-on with a lorry ferrying sand,” said Waweru.

Among those killed are four men and four women who were reportedly traveling to Naivasha on the minibus after attending a burial in Kisii while four other people sustained injuries.

The injured were rushed to Naivasha Level IV Hospital for treatment while the bodies of the deceased were moved to the same facility’s mortuary.

Jude Kariuki, a Catholic priest, said six of the victims were his church members.

“It is a sad day for the church and the entire locality of Kongoni area where the six hailed from…we are mourning,” the priest told Nation.