Woman Arrested with Cocaine Worth Sh100 Million in Mombasa 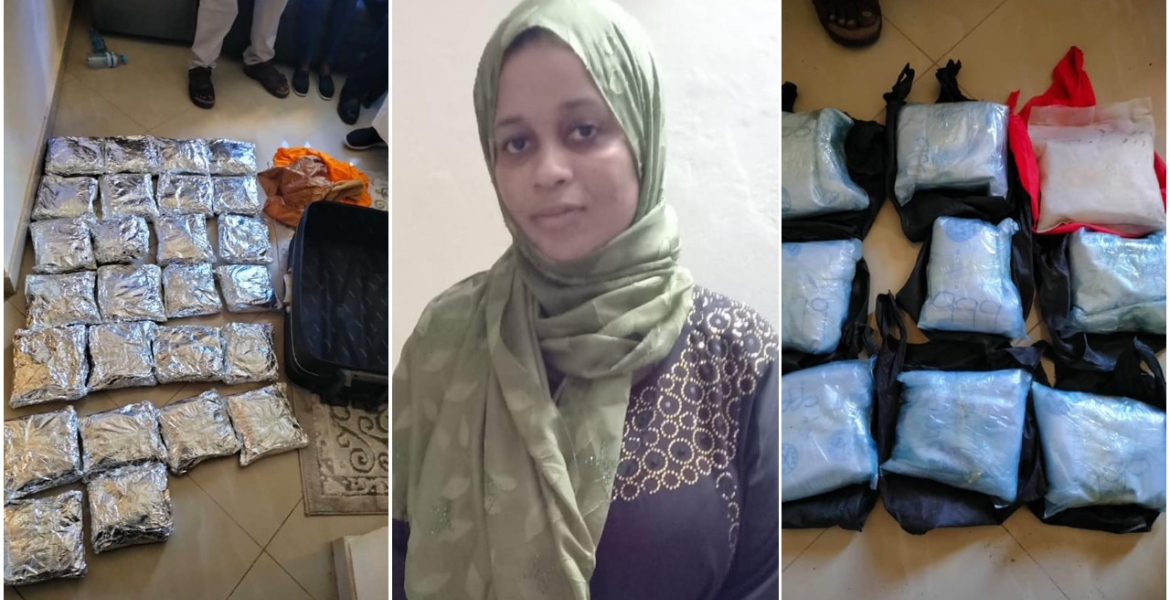 Detectives in Mombasa on Friday seized a consignment of cocaine estimated to be worth Sh100 million from a house in Utange estate.

The consignment, some that had been packaged ready for market, was seized by officers from the Transnational Organized Crimes and the Anti-Narcotics units following intelligence leads.

During the operation, a 29-year-old female suspect identified as Nuru Murshid Mahfud, who is believed to be a mule, was arrested.

The Directorate of Criminal Investigations (DCI) said the drug substance had been in 35 sachets and concealed in suitcases and it is not clear whether it was meant for local consumption or was on transit to a different destination.

The suspect is being held at a police station in the coastal city as the undercover agents hunt for her accomplices.

Experts at the Chemistry and Toxicology units based at the DCI National Forensic Laboratory will be conducting more tests on the highly addictive drug, the biggest recovery yet in as many months.

Our justice system is a joke, we have an accused and substance wrapped in tin foil, how do you convict such person JUSTLY? At a minimum the substance should be tested and confirmed to be what they claim in front of accused and her legal rep. She needs a good lawyer to throw this case out.

You can go sift the power to the the cops know what the substance is. Isn’t that a good way to test it @nyamu??

@ Nyamu, she jsut go caught...wow! the verdict must have been pretty swift... To be convicted averdict of the jury , or the decision of a judge in court of law must take place.Has this happened?

Looks kando drug traffickers destroy lives and livelihoods.She does not get a free pass because she is a woman.Let her face the consequences of her actions she made her bed let her lie in it.It is not like she was selling mandazi wrapped in foil her lawyer may buy her time but she has been exposed one less mule in the streets.People in the coast have enough problems already

Always finding loop holes to avoid prosecution. If it’s dope, it’s dope! Read the last paragraph before making conclusions. @Nyamu, how did you want the agents to handle the matter?