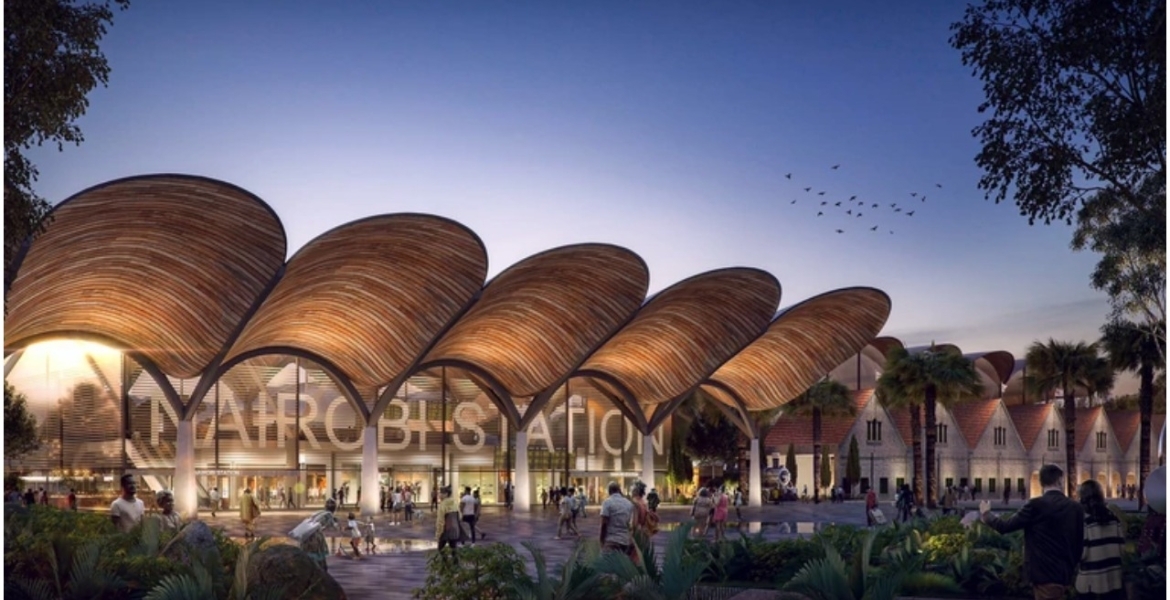 An artistic impression of the new Nairobi Central Railway Station

The construction of the new Nairobi Central Railway Station is set to commence in July after final designs were handed to the government.

The modernized station will be the heart of the larger Nairobi Railway City, a project requested by President Kenyatta during his meeting with British Prime Minister Boris Johnson in London in January 2020. The Sh30 billion mega project will be funded by the United Kingdom through a Public-Private Partnership.

The new eight-platform Nairobi Central Railway Station will host modern shades and a glass-built waiting bay and will have a marketplace, local heritage, a covered sitting area, and a Bus Rapid Transport (BRT) section.

Kenya Railways Managing Director Philip Mainga said the project will be set up on 425 acres of Kenya Railways land and will be incorporated into the new Nairobi integrated transport system.

“We have a lot of underutilized land that we want to develop the railway city on. We want people to use this facility and enjoy seamless transportation,” said Mainga.

The climate-resilient project is meant to ease mobility and interconnectivity within the city and its environs and is expected to be completed in three years.

“The project is a PPP project and to the private partners this presents a good return on investment. This will also help in structuring how the government envisions the city becoming a city of the future,” Transport Principal Secretary Joseph Njoroge said.

What we hope for is that Nairobi does not become a traffic congested car centric city but becomes a public transit oriented city like Hong Kong, Tokyo and Seoul. Where people can move from one side of the city to the other in 10-20 minutes without having to drive through a traffic nightmare.

This can be achieved by creating law that promotes and favors public transit investments as opposed to car centric highways. When we have efficient public trains we free the road for people to walk and cycle.

When it's all said and done at 1 trillion sh someone will realize building a new city and relocating arms of govt etc would have been better. Stop contesting this old downtown city further. Kenya has under 3m vehicles

Another conduit for Corruption🥱🥱🥱? I hope not🙄.