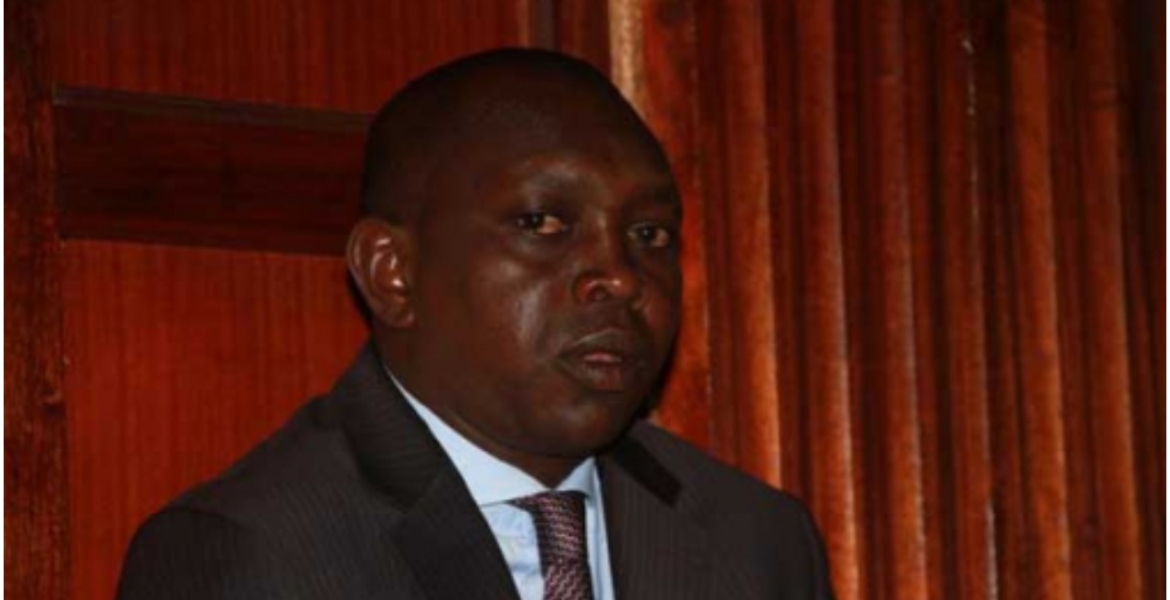 Former Highway Secondary School Principal Patrick Maritim on Thursday appeared in court to testify against Kapseret MP Oscar Sudi in a case in which he is charged with forging his academic certificates.

Maritim told trial Magistrate Felix Kombo that the two-time MP did not register or sit his Kenya Certificate of Secondary Education (KCSE) examination at Highway Secondary School in 2006 as he had alleged. The former principal said that the school’s 2006 enrollment records did not show Sudi's name registered as a student at the institution.

"According to the records, Sudi did not sit for KCSE exams…Oscar Sudi’s name does not appear anywhere,” Maritim told the court.

The hearing continued in the absence of MP Sudi for the second consecutive day after his lawyers on Wednesday told the court he was unwell and had traveled to Turkey for medical treatment.

But the magistrate noted that the evidence presented by his lawyers to back their claims did not disclose the details of the hospital in Turkey where Sudi is allegedly receiving treatment. On Thursday, the lawyers changed tune and told the court that Sudi was in Eldoret after allegedly missing his flight.

In this case, Sudi is charged with forging a Diploma Certificate in Business Management from the Kenya Institute of Management (KIM) and a KCSE certificate where he claims he sat for the exam at Highway Secondary School in Nairobi.

A thief is always a crooked thief. Just look who his best friend is - WSR! These UDAku thieves will eat kenya to the bare bones.

A liar will always be a liar. He will use others to lie for him. The major problem are those educated lawyers who are now lying on behalf of a thief - Oscar Sudi.

Sudi's lawyers are also crooked.How could they supposedly front the claim that he was in Turkey for medical reasons without proof?
Just curious, why is he dragging Highway secondary school in to his criminal activities? Were palms greased at the secondary school? If so, we have more criminals implicated,and they need to be jailed.
I see hope for Kenya as more and more crooks who used fake certificates get unearthed. But the real deterrence is in how they are punished. A slap on the wrist wont do it. A minimum of 7 years in jail will start to instill faith in the judicial system.

He is sick... with embarrassment. I'm not sure there is a medical cure other than the truth. Madaraka day is coming up so I'll help him with the initial phrasing and he can fill in the rest. "Let me explain, you see, what had happened was..." Ok Oscar do your thing brother.

Put him on suicide watch.l suggest those with fake certificates to resign on Madaraka day without being prompted. All they have to do is quietly acknowledge they have used fake certificates and file it with DCI and pay a modest fine.Basically give them amnesty. Those who will risk toughening out get punished severely. What say you @ Mundumugo?

Truthfully, I don't think a university degree makes one a better, caring or honest politician. The rules in Kenya are IMHO unnecessary. That said I do believe he should come clean. Others like Gideon should also come clean - he flunked his KCSE - but somehow ended up at St. Mary's for 5th and 6th form.

Did Sudi sit for his KCPE? Perhaps we should start there. Its no secret he is a tout with vast experience who has mentored many who would give all gratitude to him.

This behaviour needs to be stopped. Going to school is okay and we all know that not everyone must pass with flying colours. Breeding a society where academic credentials are fake is the worst crime. The brain is not rewarded. Instead, crooks are hoovering around showing young people how useless social systems e.g. schooling can be useless. No and No. Let this be a lesson to anyone else who would attempt such activity.

very easy case.Call all alumni of class of 2006 and parade him and ask alumni if that was their classmate.

Why is there a Kenya National Examinations Council? It issues certificates. Authenticate certificate with the Council!

KNEC should vet his KCSE certificate, simple. Highway Secondary School shouldn't come in anywhere. The certificate is the issue!

I can my Alliance High school. Rights to him my index number as well 001

I can my Alliance High school. Rights to him my index number as well 001