Raila Set for a Week-Long Tour of the United States 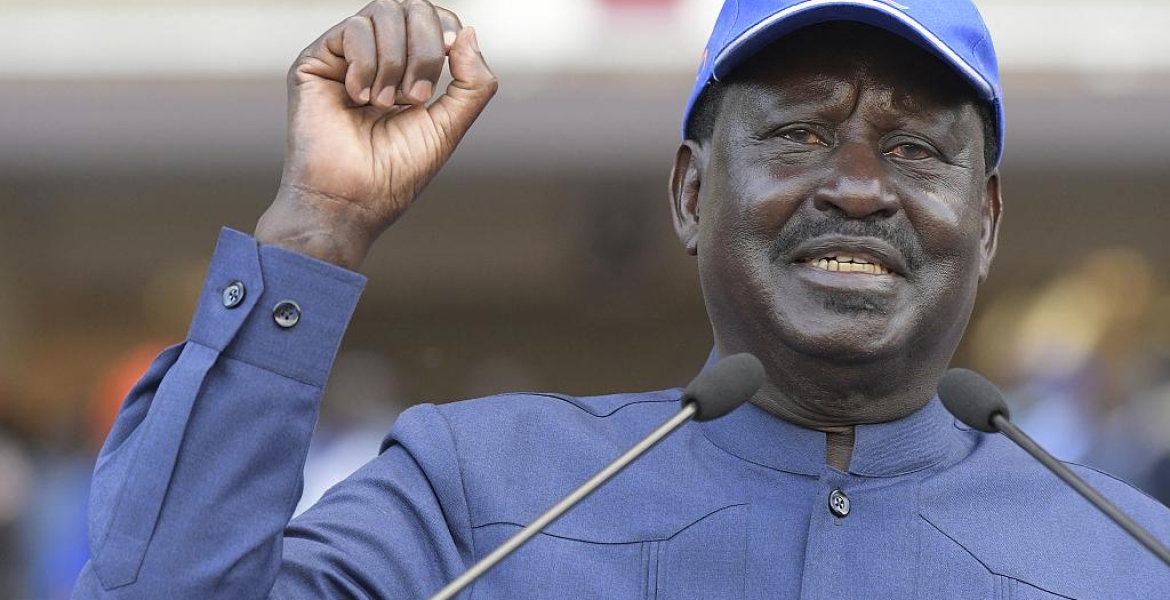 ODM leader Raila Odinga is set to make a week-long tour of the United States ahead of the August elections.

Odinga, who is the Azimio-One Kenya coalition presidential flagbearer, is expected to leave the country when the ODM party primaries conclude next week.

Nation reports that he will travel to the US on April 22nd, where he is scheduled to hold meetings with senior American government officials, the business community, and Kenyans living and working there.

Odinga will first land in Washington, DC, before proceeding to San Francisco, and jet back into the country on May 3rd to continue with his campaigns.

Confirming the trip, Raila's campaign secretariat spokesperson Makau Mutua told The Star that they will give details of the trip at an appropriate time.

Reports indicate that Odinga will have a town hall meeting with Kenyans in the diaspora in Washington on April 24th, where he will share his vision for Kenya if elected president in the forthcoming elections.

The trip comes weeks after he visited the United Kingdom. During his tour in the UK, Odinga highlighted his agenda for Kenya and the reforms he will deliver should he ascend to power later this year.

He met the Archbishop of Canterbury Justin Welby and gave an address at the Commonwealth Secretariat and the Royal Institute of International Affairs (Chatham House).

Doubt RAO is in good health. They should tell the truth.

Ruto inside Campers will Tell you that Ruto is Not a Healthy man. As far as Raila is Concerned: The years he was in Nyayo era Detentions did Harm to his Physical Health; and maybe Psychological harm Too. No wonder Majority of his Titanic TORMENTORS are Dead and Gone.

RAO is in very good health based on the suffering he went through in Detention that WSR was calling the shots. Nyao chambers was a Ruto creation as he advised Moi on how to deal with Raila and others who had discerning opinions.

Why are these Politicians wasting their Time on Useless "electorates" abroad. Diasporans are Suckers and Eaters of PARTY's Money Contributions abroad.

Raila has to come pledge loyalty like others before him to " the almighty " he must seek yeah first the blessings of "baba wa mababa"...otherwise choices will have consequences. See what happened to Pakistan PM?..Next will be Modi of India!..Ruto tayari " alibarikiwa" sasa ni RAO's turn!.I feel like throwing up whenever I see all these presidential hopefuls and presidents of the world before or after election paying first visit to the US..we've seen them from Japanese, Australian, Britain, Arabic world,Asia(except China), Israel, name it..why? Sometimes they are invited enmass like those from shithole states.

Leaders from countries that don’t support humanity should be banned from traveling to Europe and the USA. It’s not that am saying it’s of any importance for them to go over there but why are they going there in the first place?
The other day Kenya decided not to support Ukrainians in the wake of illegal invasion killings by Russia for the reason they didn’t want to irk their “relationships” with Russia . So much atrocious acts is perpetrated by Russia in Ukraine.
Raila we know has vested interests in Russia. And so is Uhuru family all through oil and it’s products.
Why would Kenya be proud to be part of Unisom then? To help protect who or what?
These leaders are so selfish. Theirs is not about humanity but vested interests. And in my view does not qualify to represent any high office of authority.