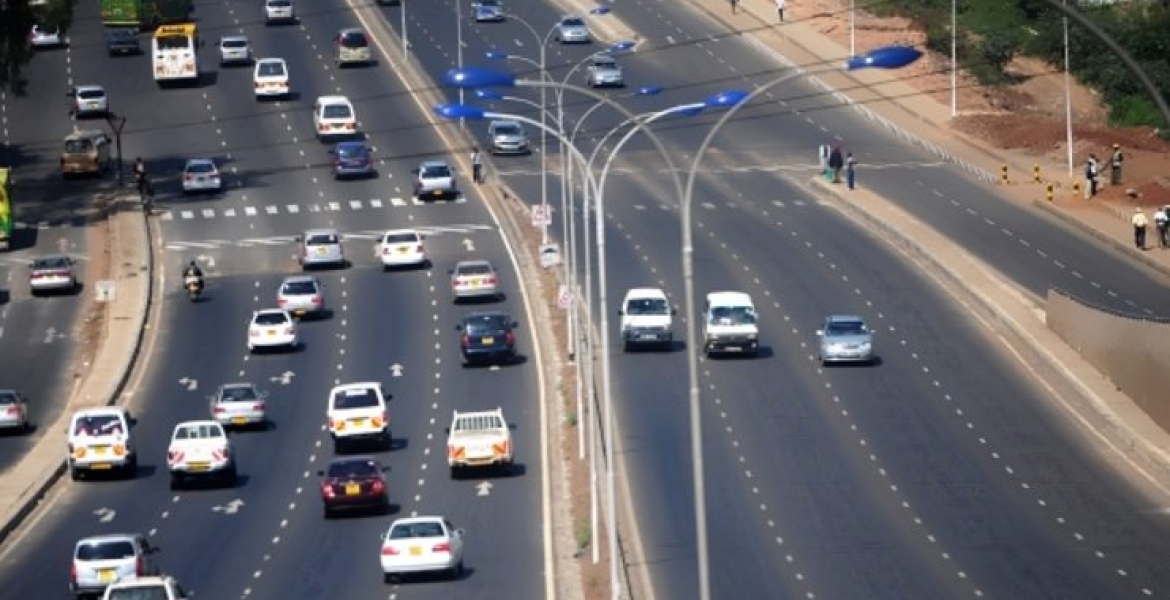 Speaking during his rally at Thika Stadium over the weekend, Odinga reiterated that the Sh32 billion dual carriageway was his brainchild, adding that he fast-tracked its construction during the grand coalition government between him and former president Mwai Kibaki.

“They would fight me for demolishing houses to pave way for construction of the Superhighway which is still there to date. I have delivered for this nation and I will do even more when I become president,” said Odinga.

Muturi, who has declared intention to run for president in this year’s elections, challenged Raila to produce evidence that he was the brain behind the 50-kilometer road.

“There are leaders who only give history saying ‘mimi ndo nilichora Thika highway’, so what? I can challenge you, if you go to the ministry, you will not find his signature. Stop lying to us and tell the people what you will do,” said Muturi.

“Madoadoa’ word was even at The Hague. Avoid leaders who are using bad language and spreading hate speech while selling their manifesto. Recent incitement like the ‘Madoadoa’ remarks in Uasin Gishu will take us back to our tribal inclination. We agreed we forgive each other but not forget,” he said.

Muturi, who was speaking in Gatundu South in Kiambu, maintained that he is still in the presidential race.

“I’m still in the race with a party that isn’t tribal. Democratic Party accommodates everyone. There are rumors that the party is tribal. The same party gave us president Kibaki. The same president who appointed you [Ruto] as minister for Agriculture so stop saying it’s tribal,” he said.

Raila did not say he designed the highway. All he stated was that he came up with the idea and supported the project once it was started. Muturi, listen to me. You might be a speaker but you speak lies and propaganda.

Mbingwa wa lugha ya Kiswahili wako wapi to settle this dispute? Let's assume Raila said" Iam the brainchild of this Thika highway"in English, Could that be translated into Kiswahili as"mimi ndo nilichora thika highway"?
Since Muturi is accusing Raila of lying, the onerous is on him to prove that RAO indeed lied.Even if RAO designed it so what? Its done. Let the candidates tell us what they will do,not what they have done.

Muuaji Raila motto/hobby is destruction,death and looting.The monster’s methernol and poisonous/cancer maize are still killing thousands of Kenyans.And this useless govt must explain who killed 30 Kenyans found floating in Yala river in the last one week.

On this one Muturi amepotea. Thika road construction is the one that opened people's eyes that grabbed land can be reclaimed for public use, and Raila was at the forefront of this reclamation. Muturi did not even exist then. Machozi.

Muturi is a drunkard who rarely understand a straight talking Raila! Which freaking idea has muturi ever come up with to develop kenya? This muturi lad got a mental problem!