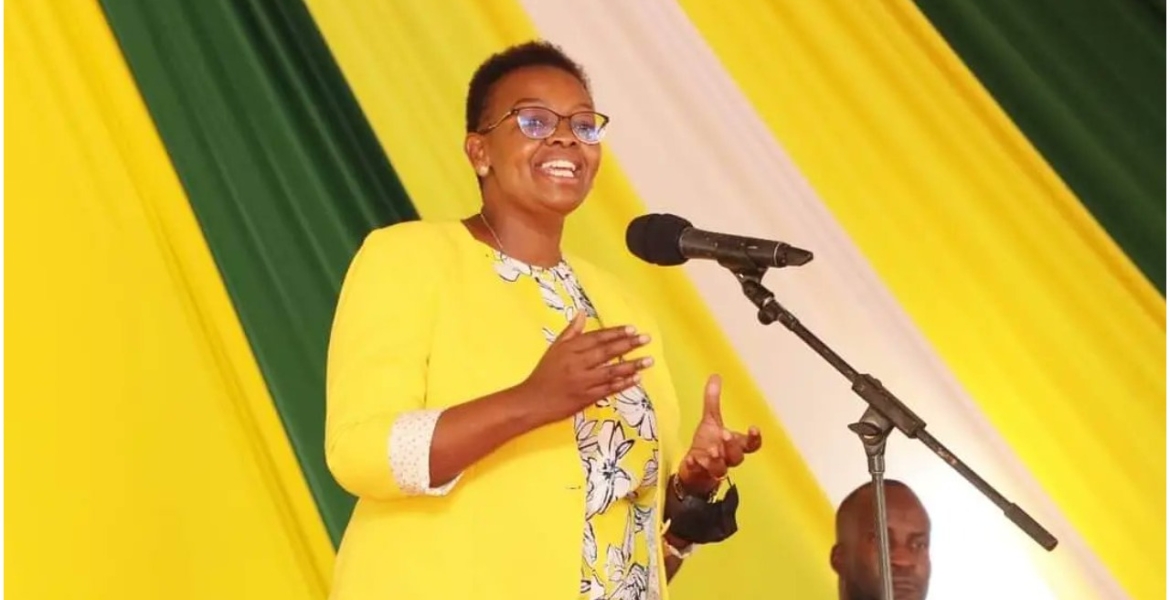 “We write to express our profound concern about recent deeply worrying security incidents, sustained by official inaction and condonement by the state, and their implications in the light of the Impending General election, and national stability in general,” Maina said in the letter copied to International Criminal Court (ICC) prosecutor.

UDA claims that Raila’s team appears to get away with violence and incitement because he is a party in the 2018 handshake with Kenyatta.

Maina cited several incidents of violence targeted at the deputy president, including Sunday’s rally at Jacaranda Grounds in Nairobi where youths pelted attendees with stones.

UDA wants President Kenyatta to assure Kenyans that the government will be impartial during the electioneering period.

“Without your impartial and proactive enforcement of the legal framework to uphold Constitutional freedoms, human rights, democratic participation, and national cohesion, your government will in effect be enabling the ODM and Azimio to set the stage for an extremely troubled General Election season in 2022,” said Maina.

“We, therefore, demand an assurance from Your Excellency, as the chairman of the National Security Council, that Kenyan lives and property remain protected under the law. That the instruments of State and security apparatus will not be deployed in a partisan manner, or to cause mayhem and deaths to propel a preferred candidate to victory, hence compromising the constitutional right of 50 million Kenyans to have a say in a free fair, transparent and peaceful election guaranteed by the Constitution.”

Kenyans are at a crossroad because of the accusations and counter accusations. UDA is accusing the government of inaction while UDA is being accused of staging the attacks to get sympathy from the public and to vilify Raila. What is the truth? And in any case if the campaign period has not yet began, why does UDA or any other party ask the government to mobilize scarce resources to unnecessary activities. IEBC should address these early campaigns and provide guidelines

Ruto is capable of organizing with chungurilas to attack his rally and then blame his own mother of inaction! The man of Sugoi is desperate of being the next president to protect himself from jail time!

Ruto is the most dishonest character in the world!

UDA the drama queens led by their leader are at it again. Apparently Itumbi's Christmas hoax did not work. Faking of huge crowds has not worked.
Now they are attacking their own crowds in search of sympathy. Attend their meetings at your own peril. Pathetic!

It’s called UDA, the government in waiting. The drama one or kitendawili is the zimia party.
UDA does not engage itself with the stupidity of getting some Luos to throw stones. That’s Babu and Baba and their regional communal thuggery.

It called freaking udaku. Are you happy now? Ruto throws stones every freaking day! Are you stupid or what? Damn you!

No. Ruto does not throw stones. He is being thrown stones by Baba paid hooligans.

This drama queen from upper Muranga had better go easy on her drama for her wily boss.

The late Mpilo Tutu of South Africa once said:

"If you are silent in situations of injustice, you have taken the side of the oppressor."

The current MP of Nandi, Brother Keter has decided to expose the true nature of Dr. Kipchirchir Samoei Arap Ruto. Please, listen carefully the following short video clip and make a rational decision based on facts that could rescue Kenya from going to "hell" under the irrational and theft-based leadership under UDA, or living (while still alive) in a beautiful "paradise" of Kenya by voting against all members of UDA.

@Imara the words of Keter should be translated in all languages in Kenya for easier comprehension so people like @Asista and @Halisi can grasp the implication of electing evil in our midst.
In Gīkūyū we say "gūtirī muici na mūcūthanīrīria"

Keter is a reject already. He is doing his little propaganda since Ruto has already rejected him. Keter wanted to be the kalenjin kingpin but couldn’t get his way. Jealousy is eating him away.
Keter himself is one of the corrupt mps.
And if Ruto was a thief as alleged by you, why is he not in jail? Baba and his new found friend would be the happiest if they had any facts to show that Ruto stole.

Who the f is Ruto? The conman Kenyans know already?

The president in waiting sir.

Throw stone or fight or fake the fight for sympathy my vote belong to me and I will cast against Kenyatta will. Muti ni wakwa and Kenyatta is not my Hakiri

This Veronica maina must be stupid! Uhuru is not the dci or the police! And these are folks wanting to take over leadership of kenya?

Who doesn't know Babu Owino and love for violence from His days as Sonu Leader at University, His Boy is known to cause mayhem