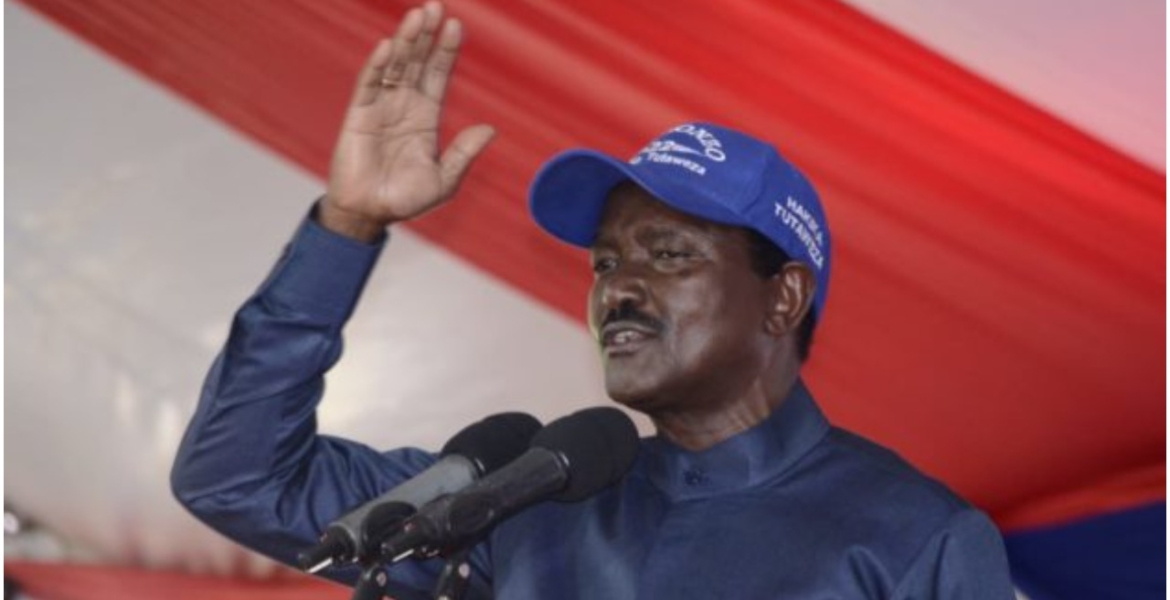 Wiper party leader Kalonzo Musyoka has declared his bid for the presidency in this year’s elections.

Musyoka made the announcement during a meeting with Ukambani leaders at his Yatta farm in Machakos on Saturday.

The 68-year-old pledged to unite the country if elected president on August 9th, citing his successful involvement in peace missions in DRC, Somalia, and South Sudan which have been marred with conflicts.

While pleading with Kenyans to give him a chance to lead the nation, Musyoka urged voters to make the right choice of leaders during the 2022 elections.

Musyoka, a former vice president, also dismissed the narrative that the 2022 presidential election is a two-horse race between ODM leader Raila and Deputy President William Ruto.

Hii jamaa is so watermelon it’s unbelievable. Lack of msimamo will make your head spin

Perhaps some of us are disappointed with him that he is not joining Baba. He had said earlier that he was running for president. And now again he has made his assurance to do the same. Nothing wrong with that.

running mates will determine the winner . and the now 3 candidates know it . they are waiting

Utapita kati kati tena? if I were you this round is clear I could support the wining team then nxt time a chance will avail...though it is within your mind ungeanza mapema..laying foundation touring Kenya creating support zone under which party.. wiper? you will be Wiped.